The device has a 6.8-inch HD+ display and IPX2 rating. 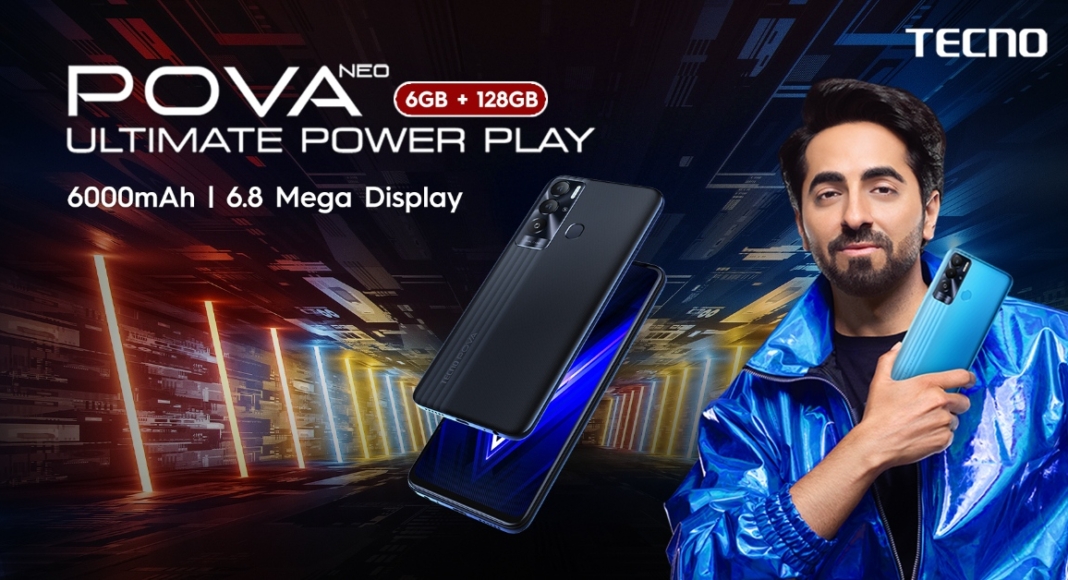 Tecno Pova Neo has officially made its debut in the Indian market today. The device comes with a 6,000mAh battery and a 120Hz touch sampling rate display. In addition to this, the budget smartphone includes two back cameras and a dual selfie flash. Also, the phone features a waterdrop-style display notch. To recall, last month, the smartphone was released in Nigeria.

The single 6GB RAM with 128GB storage option of the Tecno Pova Neo is priced at Rs 12,999. The device will be available in three colours: Geek Blue, Obsidian Black, and Power Black. The phone is scheduled to go on sale in shops on January 22. Additionally, the buyers will receive a free set of Tecno earphones worth Rs 1,499 with their purchase. 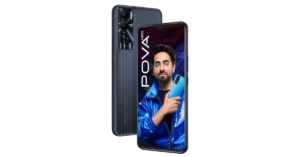 Android 11 is used in conjunction with HiOS 7.6 to power the device. An octa-core MediaTek Helio G25 processor, 6GB of RAM, and 128GB of internal storage are included in the smartphone. The brand’s exclusive MemFusion function also allows you to virtually extend the RAM by 5GB. While the internal storage can be expanded up to 512GB using a microSD card. It also has a splash-resistant certification of up to IPX2 to protect it from water damage.

The Tecno Pova Neo smartphone’s battery is its main selling point. It includes a 6,000mAh battery with 18W fast charging support. When listening to music, the battery can last up to 24 hours, 20 hours when watching videos, and 40 hours when making phone calls.

The Tecno Pova Neo has Bluetooth, Wi-Fi, GPS, GPRS, FM radio, and USB OTG. A fingerprint scanner, G-sensor, ambient light sensor, and proximity sensor are among the sensors onboard.

Komila Singhhttp://www.gadgetbridge.com
Komila is one of the most spirited tech writers at Gadget Bridge. Always up for a new challenge, she is an expert at dissecting technology and getting to its core. She loves to tinker with new mobile phones, tablets and headphones.
Facebook
Twitter
WhatsApp
Linkedin
ReddIt
Email
Previous article3 best ways to find out if someone has blocked you on Instagram
Next articleHow to Change Font Style in WhatsApp Messages?