HomeNewsTravis Touch Plus translator with support for over 100 languages is coming... 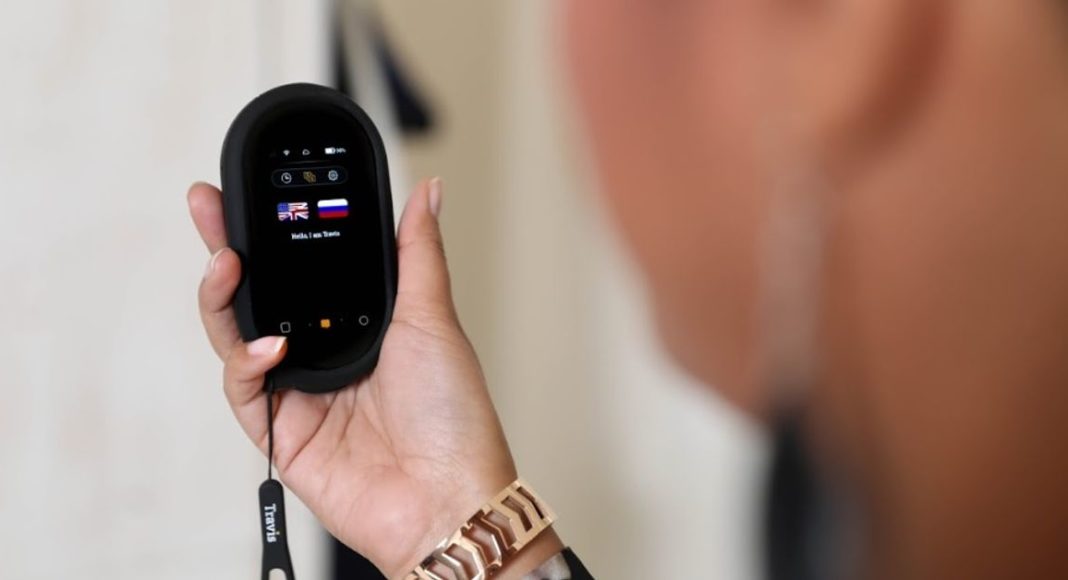 One of the most major troubles that one can encounter while travelling to a new city is the language barrier. If you don’t know the language of the place you are going to, even doing the most basic of tasks can prove to be challenging. Imagine wanting salt at a restaurant and having to draw out for the waiter to understand! While at most places Google Translate can help, but if you travelling to a place that has censorship on certain Internet-based services like China or an area where there is little or no network, you can find yourself in a major problem.

Dutch-based startup Travis has addressed this problem and launched a product – Travis Touch Plus. The newly launched device can help in translating to and teaching over 100 languages. And the best part, you can do this with just a touch of a button.

The translator uses artificial intelligence and machine learning which has support for voice commands can be charged wirelessly and incorporated a language learning software. The company has emphasized that Travis Touch Plus can not only be used to translate languages, but also to learn them. It even claims that other than Travis Touch Plus, no other human help will be required for anyone who wants to learn a new language which is not his native tongue.

The translator was launched in the United States in December last year and is now set to come to India. As of now, there is no word on whether the device will support any regional languages, but it does sound like a good gadget for anyone who travels a lot around the world or is just simply interested in languages.

Speaking about the product, CEO Lennart Van der Ziel says, “Travis Teacher sets us apart and shows that we are doing more than just translating language, we are breaking language barriers. If we are able to help someone learn a language through our device, we have more than exceeded our goal to make bilingual conversation a frictionless experience.”

While there are a number of apps available that can be used to translate languages, we think it’s cool to have a gadget to learn new languages and be multilingual too!

Avani Baggahttp://www.gadgetbridge.com
Avani has an immense love for reading, travelling and food, but not necessarily in the same order. Avani almost started pursuing law, but life had other (better) plans for her and she chose to be a writer instead (luckily!) She previously covered technology at Times Internet and wrote about smartphones, mobile apps and tech startups. When she’s not writing, you’ll be able to find her in book stores or catching up on her social life.
Facebook
Twitter
WhatsApp
Linkedin
ReddIt
Email
Previous articleCES 2019: Samsung Notebook 9 Pro, Notebook Flash laptops launched
Next articleThis is what Uber’s flying taxi may look like