Check out if your smartphone is eligible and on the list. 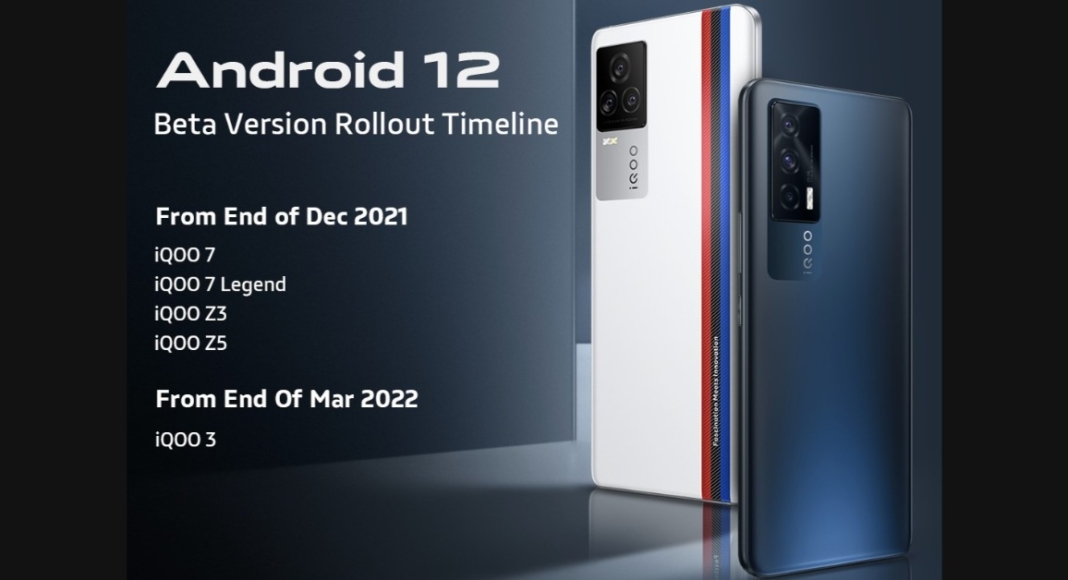 Google has officially rolled out its latest Android 12 operating system with the launch of the Pixel 6 Series phones. Other smartphone brands have also started announcing the release of the beta version of Android 12. Vivo and its sub brand iQoo have both declared that they will begin the rollout starting November end and December end onwards respectively. 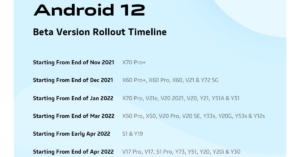 On the other hand, Vivo’s sub-brand iQoo has also announced the rollout timeline of Android 12 Beta for its smartphones including iQOO 7, iQOO 7 Legend, iQOO Z3, iQOO Z5 and iQOO 3. As per the company iQOO 7, iQOO 7 Legend, iQOO Z3, iQOO Z5 will start getting the Android 12 beta update from December end and will roll out the new OS for iQoo 3 at the end of March 2022.

Both the company says that the Android 12 Beta update with custom skin will be released in a staged manner. “This is the timeline of the roll-out plan and the Beta version will be released on a batch-by-batch basis.”

Other companies like Oppo also introduced the global version of its Android 12 based ColorOS 12. The custom skin will support 12 major Indian languages along with 54 other languages. The Chinese smartphone company says that the public beta will arrive in the Indian market from next month and devices like Oppo Reno 6, Pro and Pro Diwali Edition will be the first on the list to receive the update. While it will reach the rest of its smartphones by 2022.

Komila Singhhttp://www.gadgetbridge.com
Komila is one of the most spirited tech writers at Gadget Bridge. Always up for a new challenge, she is an expert at dissecting technology and getting to its core. She loves to tinker with new mobile phones, tablets and headphones.
Facebook
Twitter
WhatsApp
Linkedin
ReddIt
Email
Previous article
Top 20 Apple Watch games you should download and play
Next article
Redmi Note 11 Series models and specs confirmed ahead of October 28 launch