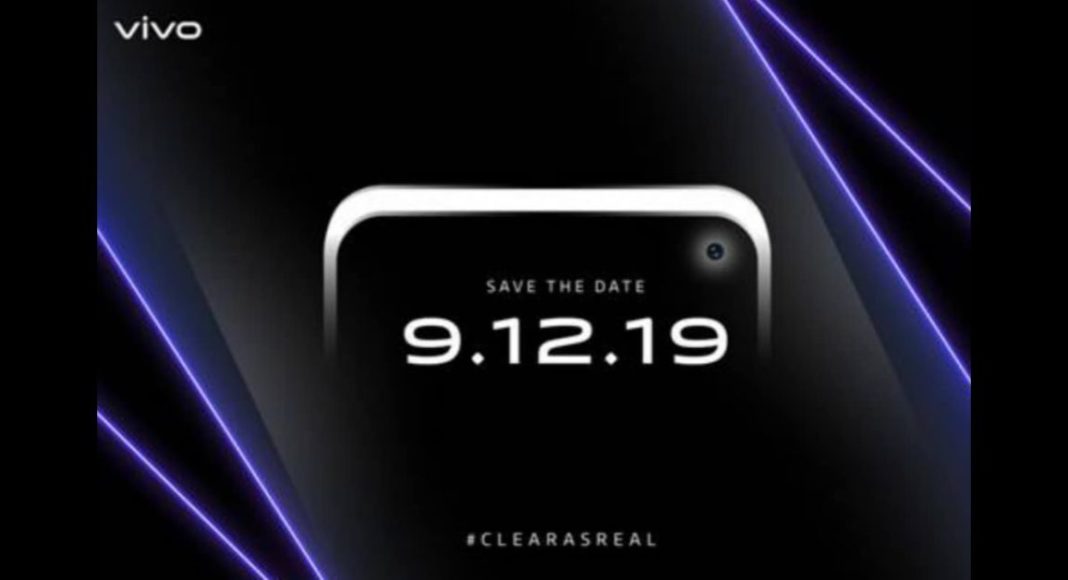 Looks like Vivo is on a launching spree this year. The company is all set to launch a new smartphone in India. For this the company has also started sending media invites also. On December 9 the company will introduce Vivo V17 in the country. This new smartphone has already been unveiled in the Russian market a few days ago. Whereas the company rebranded the phone to Vivo S1 Pro and launched it in the Philippines as a global variant.

The company media invite-only reveals that the phone will be launched on December 9 in the country however it does not reveal the name of the upcoming smartphone. By looking at the invite poster we got a hint that the Vivo next V series phone will come with a hole punch display whereas the V17 which was launched in Russia a while back comes with a waterdrop-style notch.

While on the other hand, reports suggest that the Russian variant will launch in India with a hole punch display rather than a waterdrop-style notch. However, all the other specifications of the India variant will be similar to the Russian one. Vivo has already launched Vivo V17 Pro in India a few months ago in the country. The phone comes with a dual pop up selfie camera.

Vivo V17 features a 6.38-inch full-HD+ Super AMOLED FullView display with 1080×2340 pixels of resolution. The phone runs on Android 9 Pie-based FuntouchOS 9.2. The smartphone draws its power from an octa-core Qualcomm Snapdragon 665 chipset coupled with 8GB of RAM ad 128GB of onboard storage. The storage can be further expanded up to 256GB using a microSD card. The mobile phone houses a 4500 mAh battery also.

Now coming on the cameras, Vivo V17 comes with a diamond-shaped quad rear camera setup. The set up comprises a 48-megapixel main camera sensor with an f/1.8 aperture, an 8-megapixel ultra-wide camera lens offering an f/2.2 aperture. Further aided by dual 2-megapixel macro and a depth sensor. While on the front there is a 32-megapixel selfie camera.

Komila Singhhttp://www.gadgetbridge.com
Komila is one of the most spirited tech writers at Gadget Bridge. Always up for a new challenge, she is an expert at dissecting technology and getting to its core. She loves to tinker with new mobile phones, tablets and headphones.
Facebook
Twitter
WhatsApp
Linkedin
ReddIt
Email
Previous articleTecno Spark Power with 6000mAh battery and triple rear camera launched in India at Rs 8,499
Next articleVodafone Idea increases prepaid tariffs: New tariff details