The smartphone comes with a price tag of Rs 22,990 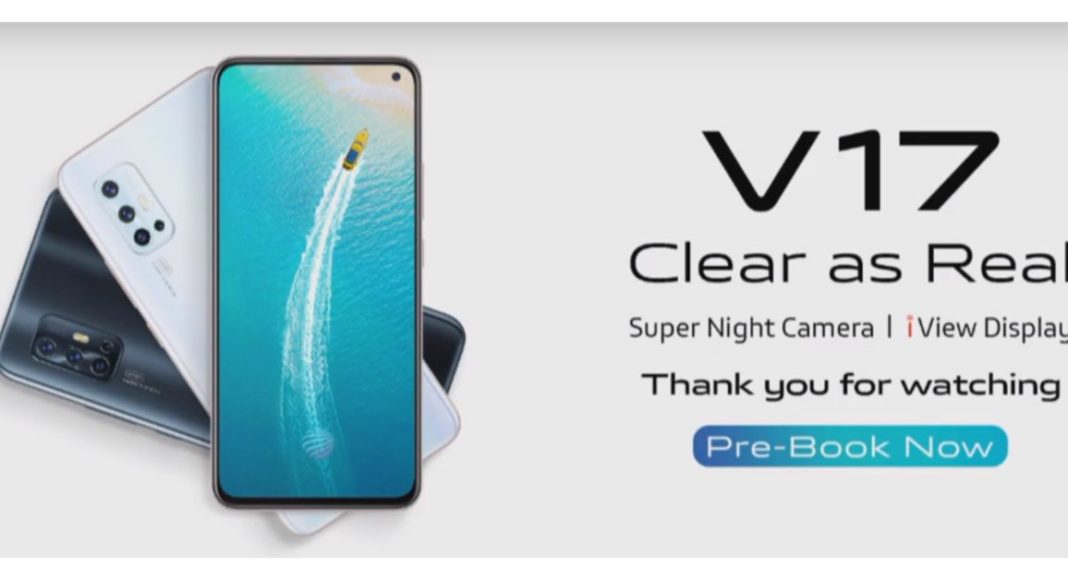 The Chinese smartphone brand Vivo today launched Vivo V17 in India. The smartphone was launched at an event hosted in New Delhi. The phone was launched in Russia prior to its launch in the country. The key specifications include an AI-powered quad rear camera, a 6.44-inch FHD+ AMOLED screen and a 4500mAh battery with 9V fast charging support. Read on to know more about its specifications, pricing as well as its availability.

The company launched Vivo V17 in a single storage variant of 8Gb of RAM with 128GB of internal storage. The smartphone will be available with a price tag of Rs 22,990 in India. It can be purchased via leading e-commerce websites Flipkart, Amazon, Paytm Mall, Tata Cliq as well as through official Vivo online store from December 17. The company has introduced the phone in two colour options of Midnight Ocean and Glacier Ice. The pre-bookings for the smartphone have already begun.

Vivo V17 comes with a 6.44-inch full-HD+ E3 Super AMOLED iView Display with 1080×2400 pixels of resolution and a 20:9 aspect ratio. The phone will run on Funtouch OS 9.2 based on the top of Android 9 Pie. There is an octa-core Qualcomm Snapdragon 675 processor underneath it coupled with 8GB RAM with 128GB of internal storage. The internal memory can be expanded up to 512GB via a microSD card. The handset houses a 4500mAh battery.

The connectivity options on the phone include 4G VoLTE, dual-band Wi-Fi, Bluetooth v5.0, GPS/A-GPS, and a USB Type-C port.

Komila Singhhttp://www.gadgetbridge.com
Komila is one of the most spirited tech writers at Gadget Bridge. Always up for a new challenge, she is an expert at dissecting technology and getting to its core. She loves to tinker with new mobile phones, tablets and headphones.
Facebook
Twitter
WhatsApp
Linkedin
ReddIt
Email
Previous article
Samsung Galaxy A51 launching soon on December 12: Here are details
Next article
Everything to know about the PUBG 0.16.0 version releasing on December 11