The device is the second in the latest V-series lineup 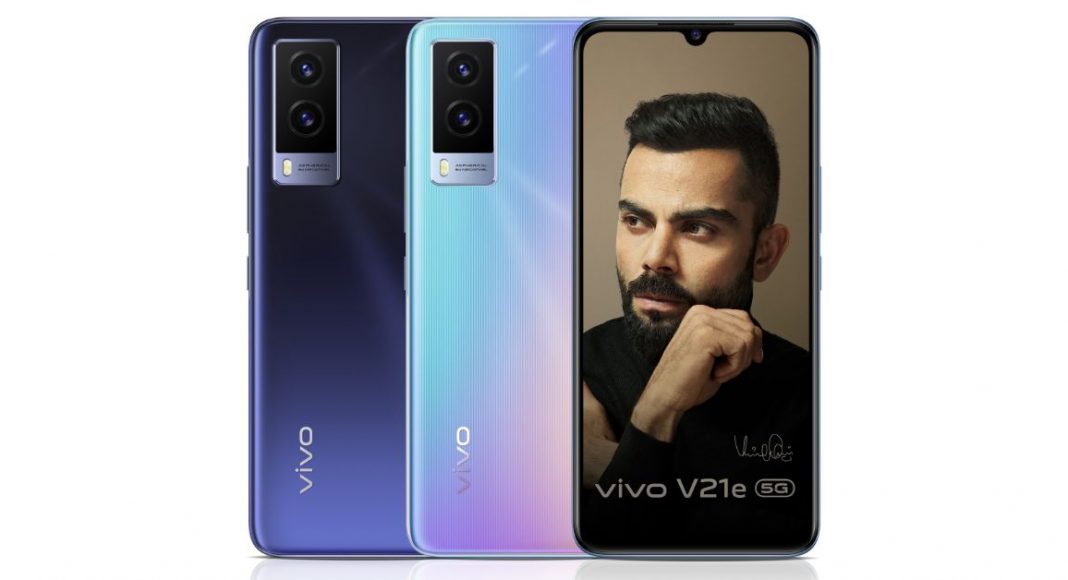 The Chinese smartphone company Vivo has officially unveiled its new smartphone in the Indian market. The Vivo V21e 5G is the latest addition to the Vivo V21 series in India. The device is powered by MediaTek Dimensity 700 SoC. There is a 4,000mAh battery onboard that is supported by 44W fast charging. Other key highlights of the smartphone include an AMOLED display,  a dual rear camera setup and slim bezels on the sides; however, the chin area is relatively thicker from the side bezels.

Vivo V21e 5G has officially launched in India today. The company has introduced it in a single 8GB RAM with 128GB storage options. The device is priced at Rs 24,990 and is now available for purchase in the country. The phone is accessible via the Vivo India online store, Amazon, Flipkart, Bajaj Finserv EMI Store. Later on, it will be bought via TataCliq and Paytm.

As an introductory offer, the company will be offering Rs 2,500 cashback to the HDFC Bank cardholders and on EMI transactions. This offer can be availed through the Vivo India store which is valid till June 30. Amazon will be providing a voucher valued at Rs 1,000 on the purchase of the smartphone. 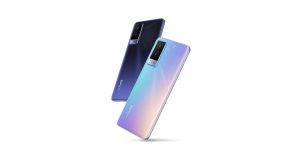 Vivo V21e 5G features a 6.44-inch full-HD+ AMOLED display offering 1,080×2,400 pixels of resolution. The device runs on Funtouch OS 11.1 based on top of Android 11 out of the box. The handset is powered by an octa-core MediaTek Dimensity 700 SoC paired with Mali G57 GPU for graphics. The mobile phone will come in a single  8GB of LPDDR4x RAM that comes with software extension support of up to 3GB and 128GB of storage. The storage can be expanded up to 1TB using a microSD card.

In terms of imaging, Vivo V21e 5G features a dual camera set up on the back of the phone that includes a 64-megapixel primary sensor with an f/1.79 aperture and a secondary 8-megapixel sensor ultra-wide-angle with an f/2.2 aperture. For taking selfies there is a 32-megapixel sensor on the front having an f/2.0 aperture.

The 5G ready phone packs a 4,000mAh battery with support for 44W fast charging. According to the company, it can charge from zero to 72 percent in just 30 minutes. There is dual-band Wi-Fi, 5G, LTE, Bluetooth, GPS, and a USB Type-C port in terms of connectivity. There is an in-display fingerprint scanner along with face unlock,  ambient light sensor, proximity sensor, accelerometer, gyroscope, and e-compass as sensors on the phone.

Komila Singhhttp://www.gadgetbridge.com
Komila is one of the most spirited tech writers at Gadget Bridge. Always up for a new challenge, she is an expert at dissecting technology and getting to its core. She loves to tinker with new mobile phones, tablets and headphones.
Facebook
Twitter
WhatsApp
Linkedin
ReddIt
Email
Previous article
Now you can visit, shop and request for a test drive of cars by live visiting car showrooms on the Proxgy android app
Next article
Best new features of iOS 15 that will increase productivity