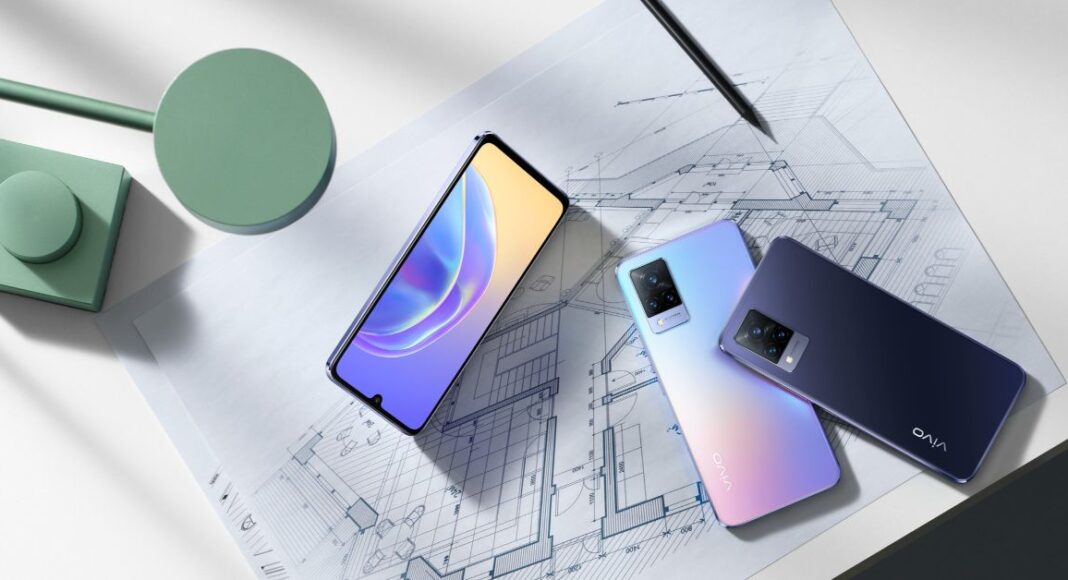 The Chinese smartphone company, Vivo, has officially launched its next generation of V-Series smartphones in the market. The company has introduced Vivo V21 Series that includes three devices – Vivo V21 5G, Vivo V21, and Vivo V21e. All the phones have been first released in Malaysia and will make their way to the Indian market on April 29, which is tomorrow. These mobile phones are camera-centric and include three sensors on the rear.

Both the phones will go on their first sale starting May 4 but these are up for pre-orders now. The Vivo V21 5G and the standard model will come in three colour options of  Arctic White, Dusk Blue, and Sunset Dazzle. On the other hand, V21e will be offered in two different shades of Diamond Flare and Roman Black.

Starting with the Vivo V21 5G and V21. It should be noted that the specifications of both of these devices remain the same apart from 5G support. The smartphones feature a 6.44-inch full-HD+ AMOLED display with 1,080×2,404 pixels of resolution and a 90Hz refresh rate. The phones run Funtouch OS 11.1 on top of Android 11 out of the box and are powered by octa-core MediaTek Dimensity 800U SoC.

On the imaging front Vivo V21 5G and V21 comes with a triple rear camera setup that includes a 64-megapixel primary sensor with an f/1.79 aperture. In addition to this, there is an 8-megapixel wide-angle lens and a 2-megapixel macro sensor. For the selfies, these smartphones house a 44-megapixel front-facing camera with dual-LED flash.

In terms of connectivity, there is 5G (only for V21 5G), 4G LTE, Wi-Fi, Bluetooth v5.1, GPS/ A-GPS, and a USB Type-C port. The sensors onboard include an in-display fingerprint sensor,  accelerometer, ambient light, gyroscope, magnetometer, and a proximity sensor. Both the phones boast a 4,000mAh battery with 33W FlashCharge fast charging support.

On the contrary, Vivo V21e is powered by an octa-core Qualcomm Snapdragon 720G SoC paired with 8GB of RAM and 128GB of storage. Apart from this, all the specs of this smartphone are similar to its sibling however the camera set up does not support OIS and LED flash for the front camera.

Komila Singhhttp://www.gadgetbridge.com
Komila is one of the most spirited tech writers at Gadget Bridge. Always up for a new challenge, she is an expert at dissecting technology and getting to its core. She loves to tinker with new mobile phones, tablets and headphones.
Facebook
Twitter
WhatsApp
Linkedin
ReddIt
Email
Previous article
How to animate old pictures using the Deep Nostalgia feature of MyHeritage?
Next article
Covid-19 vaccination for 18+ citizens begins May 1, 2021: How can you get registered on the Co-WIN portal?