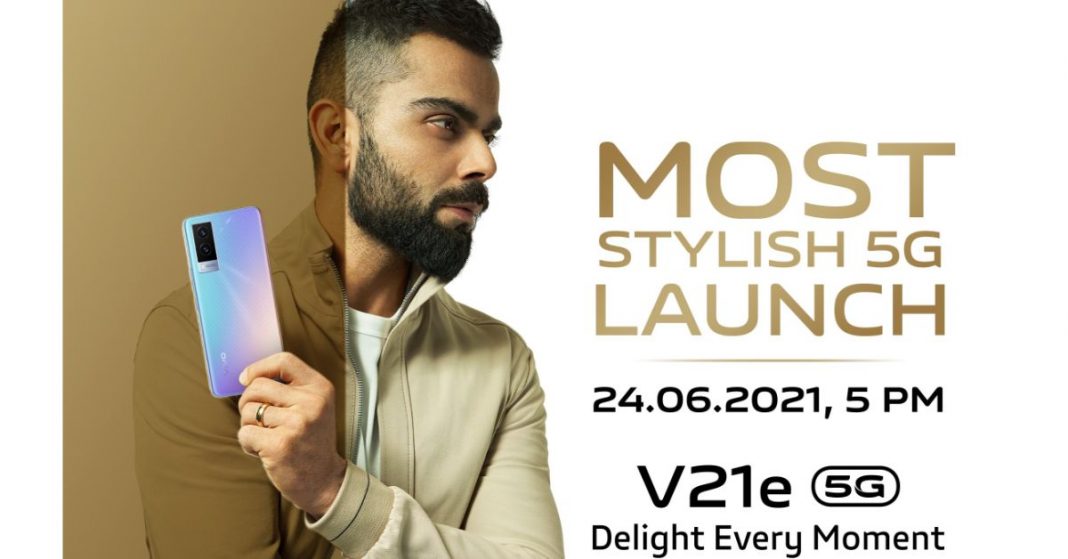 The Chinese smartphone company, Vivo, today officially announced when its next smartphone in its V-series will launch. Yes, the company has confirmed to expand its premium mid-range smartphone series in the country with the launch of the Vivo V21e. It should be noted that this is the second addition to the lineup after the Vivo V21 smartphone which was launched in India in April this year.

The company took to Twitter to announce the arrival of Vivo V21e in India. As per the Tweet the company has decided to launch the device on June 24 at 5 PM. Prior to launch, the device has also been listed on the Flipkart app to tease its features as well as its availability.

As per the listing, the device will be available in 8GB RAM with 3GB expandable RAM and a 44W fast charging support. Additionally, there will be a 32-megapixel selfie camera and a dual camera set up on the back of the phone highlighted with a 64-megapixel primary sensor. It will also come in two colour options. Earlier the device was released in two different shades of Diamond Flare and Roman Black.

Prior to this announcement, Vivo V21e was spotted listed on Geekbench and a BIS website. The Geekbench scores are 462 in single-core tests and 1,502 in multi-core. According to the listing, the device will run Android 11 out of the box and is expected to be powered by MediaTek Dimensity 700 SoC that may be paired with 8GB of RAM.

To recall in Malaysia the device was launched with an octa-core Qualcomm Snapdragon 720G SoC paired with 8GB of RAM and 128GB of storage.

The upcoming phone is also tipped to feature a 6.44-inch Full HD+ AMOLED display and fuelled by a 4,400 mAh battery with 44W fast charging support.