As per a report the  Vivo X60, Vivo X60 Pro, and the Vivo X50 Pro+ to get India launch between March ending or early April.

The Vivo X60 series is set to launch in India soon. In addition to this, the company might also launch Vivo X50 Pro+ alongside the X60 series in the country however both the other devices X50 and Vivo X50 Pro have already made their debut in the country last year in July. As per a report launch event is tipped between March end and April starting.

In July last year the Chinese smartphone company Vivo launched Vivo X50 and Vivo X50 Pro in India but the most powerful Vivo X50 Pro+ missed to make its debut in the country. But according to a report the device is expected to arrive in the Indian market alongside the next generation Vivo X60 series. The launch event is rumoured to take place either later in March or in the first week of April. 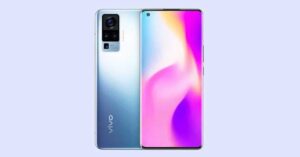 While on the other hand, the Vivo X60 series has already made its debut in China in December last year. If the report is to be believed then the company will bring Vivo X60, Vivo X60 Pro, and the Vivo X50 Pro+ by next month to the country. However, you can view the information as scepticism and not interpret something literally because the company is yet to share details on the launch. Both X60 and X60 Pro smartphones offer a 6.56-inch FHD+ 120Hz OLED screen along with an in-display fingerprint sensor. The devices are powered by Exynos 1080 upper mid-range SoC, equipped with a 4,200mAh battery with 33W fast charging and excellent camera experience.

Speaking of the specification Vivo X50 Pro+ will feature a 6.56-inch full-HD+ AMOLED curved-edged display with 120Hz refresh rate support. Under the hood, there will be a Qualcomm Snapdragon 865 processor with 12GB of RAM and up to 256GB storage. The 5G smartphone will run Android 10 based Funtouch OS 10.5.

Komila Singhhttp://www.gadgetbridge.com
Komila is one of the most spirited tech writers at Gadget Bridge. Always up for a new challenge, she is an expert at dissecting technology and getting to its core. She loves to tinker with new mobile phones, tablets and headphones.
Facebook
Twitter
WhatsApp
Linkedin
ReddIt
Email
Previous article
Infinix Smart 5 with 6,000mAh battery launched in India
Next article
15 Microsoft PowerPoint keyboard shortcuts every beginner should know