The company has listed the device on its Facebook page 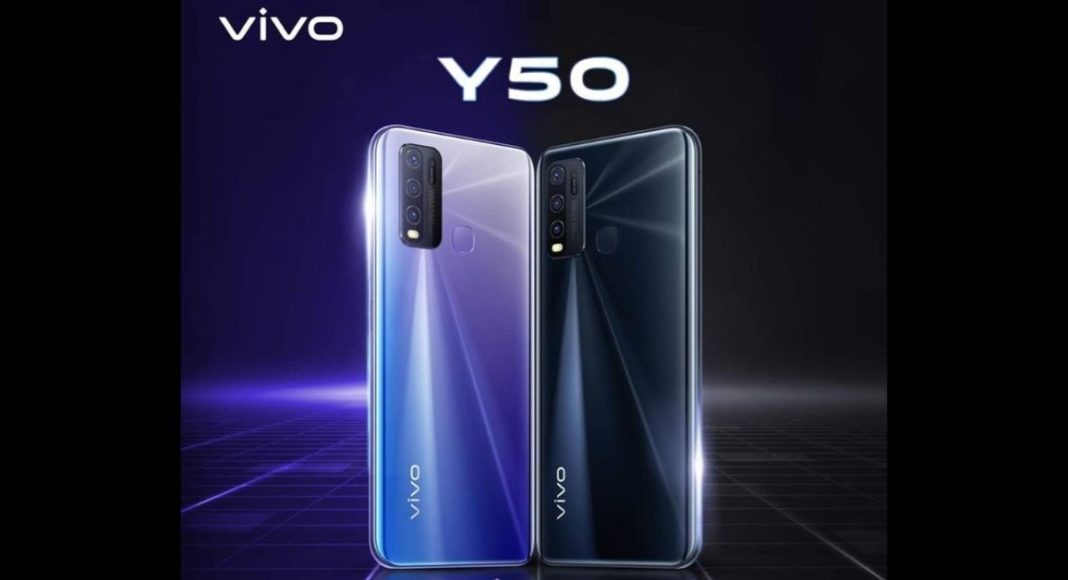 The Chinese smartphone company Vivo quietly launched a new smartphone in the market. The company has unveiled Vivo Y50 smartphone in the Cambodian market and it has also started taking pre-booking for the handset. As per Vivo’s Social media account Facebook, the pre-bookings are going to run till April 11. The key highlights of the device include a full HD screen, 5000mAh battery, and a super wide-angle quad camera. The Facebook post also highlights the pricing of the smartphone however it is not yet confirmed by the company if the device will reach other markets including India.

Vivo Y50 has been listed on the company’s Cambodian Facebook page, however, it is yet to be listed on the company’s official website. The pre-bookings of the device has also been opened and will continue till April 11. The smartphone will be available at  $249 that translates to Rs 18,950 as per Indian currency. The company has launched the phone in two colour options Starry Black and Iris Blue. 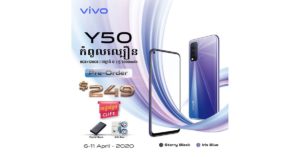 In terms of design, it sports a rear-mounted fingerprint sensor to unlock the device. While there are quad rear cameras placed inside a rectangular shaped camera module. It comes equipped with a punch-hole display on the front.

As per the Facebook renders Vivo Y50 features a 6.53-inch full HD+ hole-punch design display. The smartphone will be offered in a single 8GB of RAM with 128GB of internal memory.  At the moment, the company has not shared the full specification details of the new device but thanks to a tipster who has shared a few more details of the device along with extra renders of the handset via his Twitter account. According to him, there will be a full HD+ display with 1080 x 2340 pixels of resolution. It is going to be powered by Qualcomm’s Snapdragon 665 processor paired with 8GB of RAM along with 128GB of storage.

Moreover, the handset will come with a quad rear camera that includes a 13-megapixel primary lens, an 8-megapixel wide-angle lens with 120 degrees of field view. Further supported by a 2-megapixel depth sensor for portraits and a 2-megapixel macro lens. The details about the front camera are not clear but looking at the images the punch hole on the display will house a single selfie camera.

As per Vivo, the new device will boast a 5,000mAh battery. The industry revealed that the battery will be supported by an 18W fast charging.

Komila Singhhttp://www.gadgetbridge.com
Komila is one of the most spirited tech writers at Gadget Bridge. Always up for a new challenge, she is an expert at dissecting technology and getting to its core. She loves to tinker with new mobile phones, tablets and headphones.
Facebook
Twitter
WhatsApp
Linkedin
ReddIt
Email
Previous articleApril 7 Amazon Quiz Answers: Participate to win Bose Sound Touch 20 Speakers
Next articleApple reportedly to strike $100-million deal to acquire NextVR