HomeNewsWeTransfer gets blocked in India: Here’s everything you should know

WeTransfer gets blocked in India: Here’s everything you should know

WeTransfer is working hard to understand the reasoning behind this block. 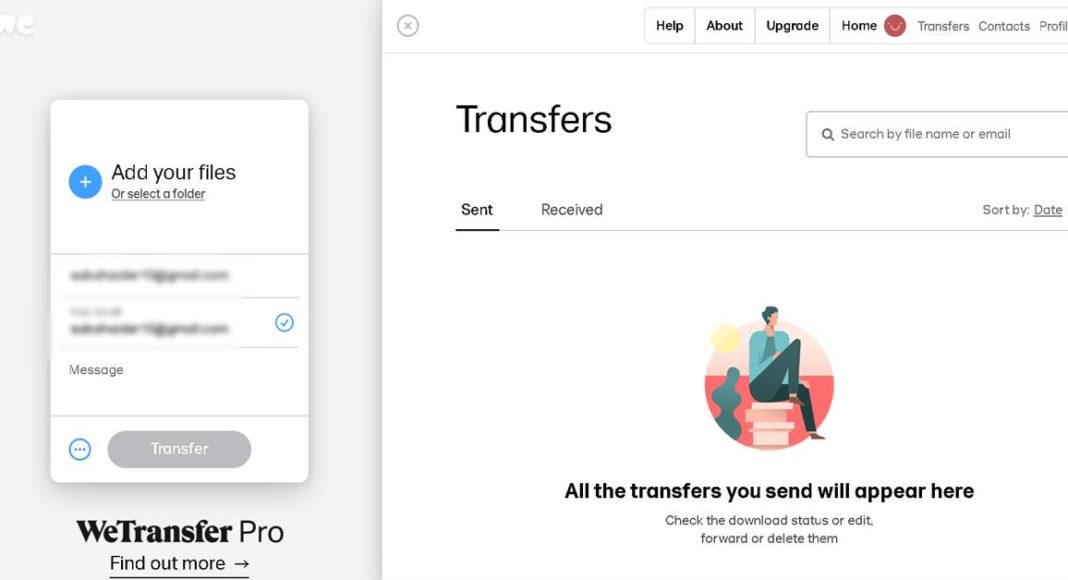 Amid the ongoing COVID-19 lockdown, popular file-sharing app WeTransfer is now reportedly ban in India as the Central government’s Department of Technology (DoT) has cited the national security and public interest reason behind this. The app which came handy for people working from home to transfer huge files online is no more accessible by users of Reliance Jio, VodaFone and Hathway. However, WeTransfer website can still be used by Airtel customers.

According to a Mumbai Mirror report, “In an order dated May 18, the telecom department directed internet service providers (ISP) to ban three specific website URLs. The first two are specific pages of WeTransfer, while the third is the entire website. It is unclear as to what is contained in the first two URLs as the website is currently banned by several ISPs, but banning WeTransfer entirely is a perplexing decision.”

So, @WeTransfer got banned in India????? How the heck am I supposed to work from home.
Banning anything is not the solution come up with alternatives ffs

@WeTransfer is blocked in India, but why? I rely on WeTransfer soo much to send files

We transfer website is not opening and I've tried many times. It says site can't be reached.

Besides this, there are reports that those users who are unable to access the WeTransfer page get a message stating, “You are not authorised to access this webpage as per the DoT compliance” or simply “This site can’t be reached… The connection was reset… Try: Checking the connection… ERR_CONNECTION_RESET.”

While We Transfer, which was founded in 2009 as the simplest way to send big files around the world, has tweeted, “Hey! We are aware that WeTransfer seems to be blocked and unavailable in India. We are working hard to understand the reasoning behind this block, as well as how to get it reverted as soon as possible. Thanks for your patience!”

Hey 👋 We are aware that WeTransfer seems to be blocked and unavailable in India. We are working hard to understand the reasoning behind this block, as well as how to get it reverted as soon as possible. Thanks for your patience!

It further suggested the WeTransfer users on Twitter stating, “Hey there, a great alternative is to use a VPN so you can connect to an IP outside of India.”

Up until now, WeTransfer hasn’t come up with a reason by its website is banned in India. However, news is rife that the users were indulging in to sharing illegal content like pornographic, pirated movies, etc.

Stating that WeTransfer is currently unavailable in India, the company said via its Help Center on the official website, “Our aim here at WeTransfer has always been to provide a way for every single person on the planet to get their transfers from ‘A’ to ‘B’ with as little hassle as possible – and we do everything we can to keep our high standards in place. However, at this moment in time, WeTransfer seems to be blocked and unavailable in India. We are working hard to understand the reasoning behind this block, as well as how to get it reverted as soon as possible.”

“We know that a lot of you rely on us to send and receive transfers that are important to you, nowadays more than ever, so it really does break our hearts to see that so many of you can’t use WeTransfer at the moment. Hopefully, we’ll be able to welcome you all back soon – but for the moment, please do bear with us, and know that we are doing all we can to fix this. We will update this page as soon as we have more information. Thank you,” added WeTransfer.

Meanwhile, people can also use alternatives for WeTransfer like Dropbox or Google Drive amongst several others to transfer the files.