This feature will allow users to join a missed group video or voice call later on. 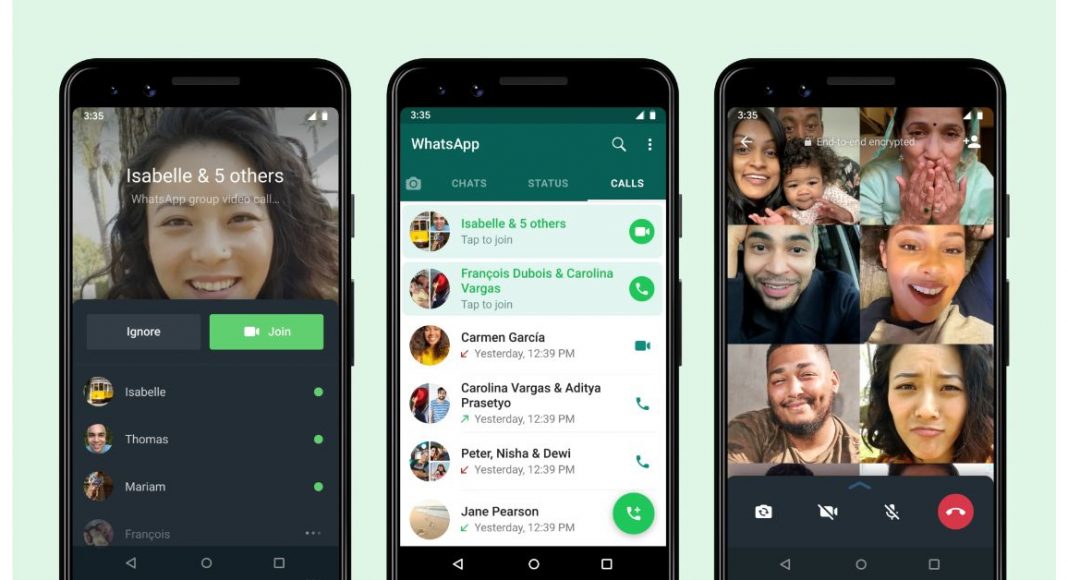 Last Week Whatsapp was spotted testing a new FaceTime like calling feature in which the user can join group calls after they have already begun. Earlier this was not possible to join group calls while they are in progress but the active participant has to add the user later on. But that’s not the case anymore as WhatsApp has started rolling out the joinable group calls allowing users to join a group video or voice call after it has started and was missed.

WhatsApp Joinable Calls is a new user interface that is very similar to the interface you see on Facetime. The feature gives the ability to people to join calls even when they are already started. WhatsApp will give you the option or alert if you want to quickly join the call, without asking other participants to add you again if the group call is still ongoing. This feature is such a relief to many users like us who don’t want to join a group video or voice call initially or ignore them temporarily for whatever reasons and quickly join the call later on without asking other participants to add you again.

WhatsApp via a blog post said, “At a time when so many of us are apart, there’s nothing better than getting together on a group call with friends and family, and there’s nothing worse than realizing that you missed a special moment.

As the popularity of group calls continues to grow, we’ve been working to improve the experience for our users – while of course still providing the security and privacy of end-to-end encryption. Today we’re introducing the ability to join a group call, even after it’s started. Joinable calls reduce the burden of answering a group call as it starts, and brings the spontaneity and ease of in-person conversations to a group calling on WhatsApp.”

When someone in your group misses a call when the phone rings, they can still join whenever they like. You can also drop-off and re-join so long as the call is still ongoing as the new WhatsApp Joinable calls feature to make it possible.

WhatsApp has also created a call info screen that will show who is already on the call, and who has been invited but not yet joined. And, if you hit ‘ignore’ you can join later from the calls tab in WhatsApp.

WhatsApp has begun rolling out the feature with a new update and it is expected to arrive at your devices on the latest version of WhatsApp for Android and iOS soon.

Komila Singhhttp://www.gadgetbridge.com
Komila is one of the most spirited tech writers at Gadget Bridge. Always up for a new challenge, she is an expert at dissecting technology and getting to its core. She loves to tinker with new mobile phones, tablets and headphones.
Facebook
Twitter
WhatsApp
Linkedin
ReddIt
Email
Previous article
20 July 2021 Flipkart Daily Trivia Quiz: Answer to win exciting prizes
Next article
Redmi Note 10T launching in India today: How to watch the Livestream