WWDC21: All the features coming to Apple Watch with new WatchOS 8 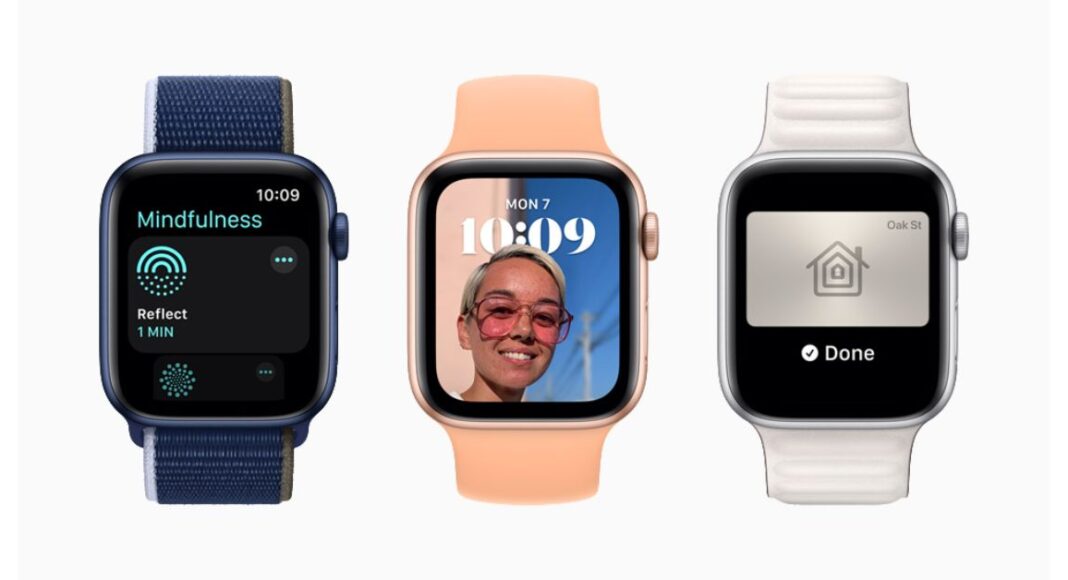 Apple has officially released the preview of WatchOS 8 at its annual Worldwide Developers Conference 2021. The WWDC21 was held online due to COVID-19. The new operating system will bring access to Apple Wallet, more capabilities and a new workout mode. In addition to this, it will extend more capabilities with the Home app and updated Breathe app.

Now the Apple Watch users can easily make secure and contactless payment via Apple Pay and Wallet. In addition to Ultra Wideband to add support keys for their home, office, and hotel to Wallet, and tap their Apple Watch to unlock via digital car keys on Apple Watch Series 6. In addition to this later this year users will be able to add their driver’s license or state ID to Wallet. Select TSA checkpoints will be the first place users can begin using their digital ID.

With the arrival of WatchOS 8, the Home App will get a revamped look along with access to accessories and scenes along with the ability to control accessories by room. Whereas the HomeKit-enabled camera users will be able to view who is at the door directly on their wrist. Also, they can operate the intercom to quickly broadcast a message throughout the home or to individual rooms via HomePod, HomePod mini, or other personal devices.

Two new workout types will be introduced with the new operating system for both physical fitness and mindful movement: Tai Chi and Pilates. Both the workout modes will be supported by powerful, validated custom-built heart rate and motion algorithms to provide users with accurate metrics.

The Breathe App has also been updated to the Mindfulness app. This will feature an enhanced Breathe experience, plus a new session type, Reflect. The Reflect will proffer mindful intention to focus on for as little as one minute that can be done anywhere and at any time. Each season in this feature will bring a unique, thoughtful notion to consider that invites a positive frame of mind. Additionally, the Breathe and Reflect apps will help users get more from each session along with new animations.

Apple has also announced that with the new WatchOS the Apple Watch will help users to meet their sleep goals by establishing a pre-bedtime routine, and track metrics like time asleep, heart rate, and blood oxygen. It will give insights into their overall wellness by tracking the sleeping respiratory rate, which is the number of breaths per minute. This will use a built-in accelerometer to measure respiratory rate while sleeping, and this information can be viewed, along with trends over time, in the Health app on iPhone. Initially, this metric will be available for developers only with permission through HealthKit.

The Photos face will get support for Portraits watch face that will help in uplifting the photos shot on iPhone with an immersive, multilayered effect, intelligently recognising faces in photos and cropping in to highlight the subject. Also, the Photo App has been redesigned with new ways to view and navigate collections, Memories and Featured Photos now sync to Apple Watch, and photos can be shared through Messages and Mail with the new Share Sheet.

WatchOS 8 will bring new tools in Messages such as scribbling, dictation, and emoji. For dictate messages, you will get an option to edit the presented text. With the Contacts app added to the Apple Watch users can browse, add, and edit contacts, and share contacts directly from the app.

watchOS 8 supports Focus will also bring support for the Focus tool which has been present on iOS 15 as well as iPadOS 15. This will allow users to align with any Focus set on iOS so that notifications from people and apps are filtered based on what a user is currently doing.

Komila Singhhttp://www.gadgetbridge.com
Komila is one of the most spirited tech writers at Gadget Bridge. Always up for a new challenge, she is an expert at dissecting technology and getting to its core. She loves to tinker with new mobile phones, tablets and headphones.
Facebook
Twitter
WhatsApp
Linkedin
ReddIt
Email
Previous article
How to get and watch Netflix, Amazon Prime Video, Disney Hotstar, and other OTT platforms for free?
Next article
Nokia 3.4 Review: A hit and a miss