The smartphone will be shipped with a 120Hz fast charger. 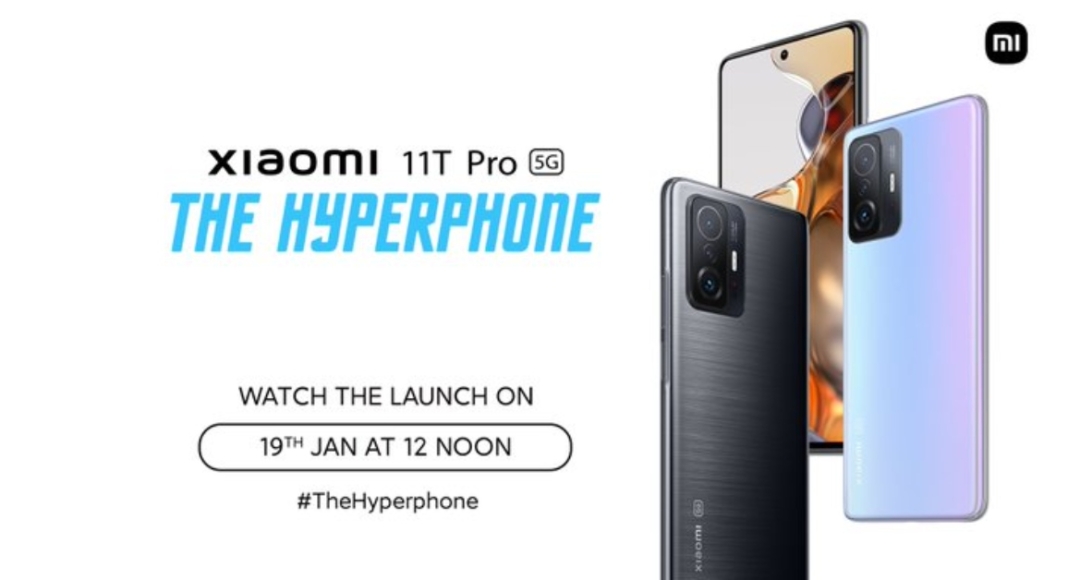 The debut of the Xiaomi 11T Pro in India is scheduled for today, January 19. Despite the fact that the business has yet to confirm the device’s pricing and other specifications in the nation, the phone already got listed on Amazon highlighting its key specs.

Qualcomm’s Snapdragon 888 5G chipset powers the phone. A 120Hz fast charger will also be included in the future phone. The leaked pricing, storage options, and a critical specification have all been disclosed only days before the debut. Before the launch, here’s a peek at the Xiaomi 11T Pro’s pricing, specs, and other details.

The debut of the Xiaomi 11T Pro will begin at 12 noon IST. The launch event will be live-streamed across the company’s official YouTube channel as well as social media platforms. But for your convenience, we have embedded the link below, so that you don’t miss the live action.

The Xiaomi 11T Pro is listed on Amazon, with a description that emphasises the smartphone’s primary features. The device will include a 10-bit AMOLED display with a 120Hz refresh rate. Qualcomm’s Snapdragon 888 5G SoC will power it. According to the website, the next smartphone will also support 120W Xiaomi HyperCharge rapid charging, which can fully charge the battery in 17 minutes.

The Xiaomi smartphone will come with a triple back camera system that includes a 108-megapixel main sensor, an 8-megapixel ultra-wide sensor, and a telephoto sensor.

There will be a 16-megapixel selfie camera on the front. 5G, Wi-Fi 6, Bluetooth v5.2, GPS/ A-GPS, NFC, IR blaster, and a USB Type-C port are among the connectivity possibilities. Harman Kardon has fine-tuned the twin speakers on this phone, which are also supported by Dolby Atmos and Dolby Vision.

Gadget Bridge will have all the information on the phone after the launch. So keep your eyes glued to our website.

Komila Singhhttp://www.gadgetbridge.com
Komila is one of the most spirited tech writers at Gadget Bridge. Always up for a new challenge, she is an expert at dissecting technology and getting to its core. She loves to tinker with new mobile phones, tablets and headphones.
Facebook
Twitter
WhatsApp
Linkedin
ReddIt
Email
Previous articleHow to play old Arcade Games like Mario, Contra or Road Runner on PC?
Next articleMicrosoft announced to acquire Activision Blizzard in an all-cash deal for $68.7 billion