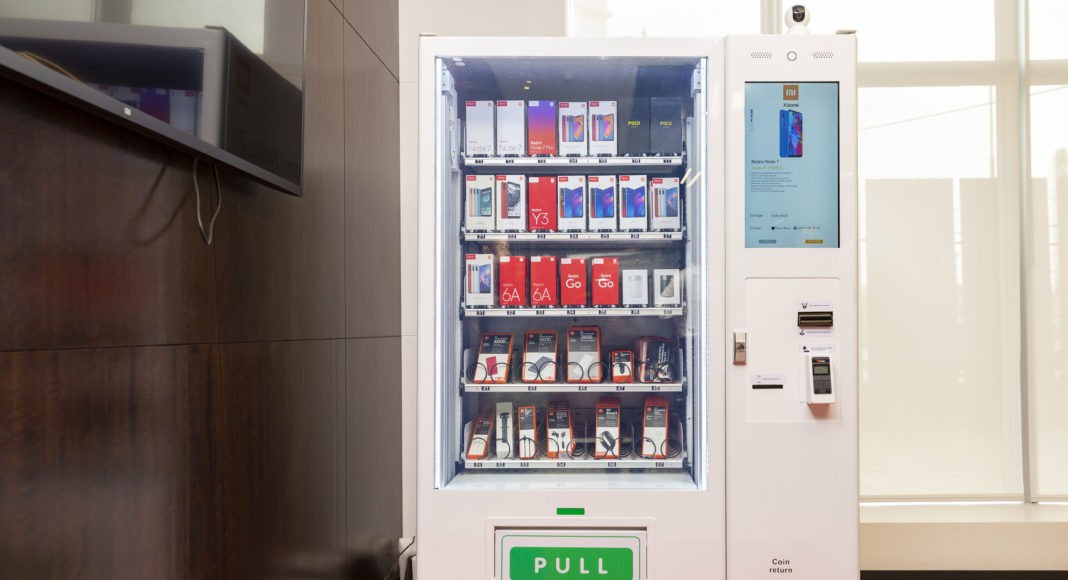 Chinese smartphone and electronics maker Xiaomi is set to launch its flagship smartphone and a laptop this month in India. But before the launch of the smartphone, Xiaomi has launched its Mi Express Kiosks in the country. With it, Xiaomi became the first technology company to sell smartphones using vending machines. According to the company, the new Mi Express Kiosk will be set all across India from which the consumers can buy the gadgets directly.

The Mi Express Kiosk does what its name suggests, it is a Kiosk from which the user can buy gadgets and smartphones directly, in other words, a vending machine of handsets. The Mi Express Kiosk will provide smartphones along with mobile accessories. Xiaomi has designed the Kiosk to accept all sorts of payment method – Credit cards, debit cards, cash and UPI. The user can choose any of these methods to make the purchase.

With the launch of the Mi Express Kiosk, Xiaomi once again took an innovative and different step towards the Indian smartphone market. According to Xiaomi, this new innovative Retail Strategy would help it by reaching the consumers directly and this, in turn, would remove the operational and cost inefficiencies of the consumers. The smartphones sold through Mi Express Kiosk will hold the same pricing as the Mi.com and Mi Home Stores prices.

According to Xiaomi, all the technology put inside the Mi Express Kiosk have been researched and developed in India itself. It makes the Mi Express Kiosk a homegrown product from a foreign company. With the introduction of a new technology and a new way to purchase smartphones, Xiaomi has proved that it is serious about the Indian smartphone business. Xiaomi plans to set more of these Mi Express Kiosk all across India in the coming months and will expand the retail plans in more cities.

This is a first move by any smartphone maker or a company, in general, to install smartphone vending machine in India. If the Mi Express Kiosk works as intended, it would start a new way by which people can buy smartphones.

Aman Singhhttps://www.gadgetbridge.com/
Aman Kumar Singh has a Masters in Journalism and Mass Communication. He is a journalist, a photographer, a writer, a gamer, a movie addict and has a love for reading (everything). It’s his love of reading that has brought him knowledge in various fields including technology and gadgets. Talking about which, he loves to tweak and play with gadgets, new and old. And when he finds time, if he finds time, he can be seen playing video games or taking a new gadget for a test run.
Facebook
Twitter
WhatsApp
Linkedin
ReddIt
Email
Previous articleSamsung Galaxy A70 review: For the love of all things large
Next articleVivo V15 Pro 8GB RAM model launched in India, 6GB RAM variant receives a price cut