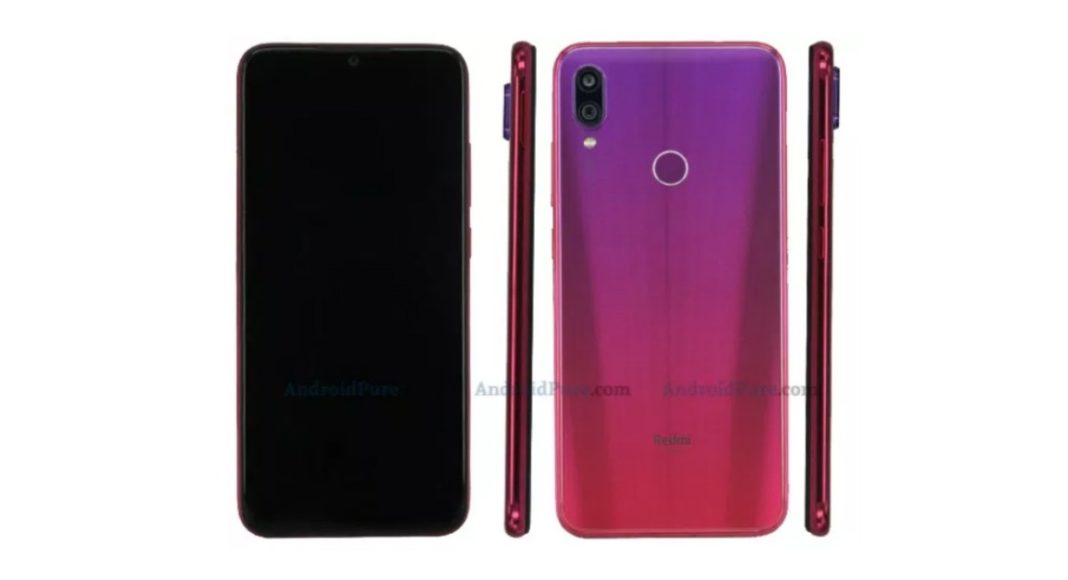 Chinese smartphone brand Xiaomi’s Redmi Pro 2 smartphone has started making headlines as its official renders and hardware specifications have been leaked on Chinese Certification Agency TENAA. The listing also confirms the design of the smartphone.

The renders that have surfaced online show the dual rear camera module of Xiaomi Redmi Pro 2 coupled with an LED flash. The back panel of the smartphone is also shown to house the fingerprint scanner and it has the Redmi branding at the bottom. This confirms that the company is creating a separate Redmi brand.

The renders show a waterdrop shaped notch on the top of the display and the power and the volume rocker buttons are sandwiched on the side. The gradient back panel of the device is pink and blue in colour.

Coming to the specifications that have been revealed, Xiaomi Redmi Pro 2 is said to feature a 6.3-inch display and it houses a 3,900mAh battery. The listing says that the dimensions of the smartphone are 159.21×75.21×8.1mm. However, nothing else has been disclosed by the listing yet.

It is worth noticing that Xiaomi is all set to launch a Redmi smartphone on January 10 in China, and with the launch, it is also creating a separate Redmi sub-brand much like Oppo’s Realme and Huawei’s Honor. It has been reported that once it does this, Xiaomi will be focussing on flagship smartphones under Mi category.

We should mention that the predecessor of the upcoming Xiaomi Redmi Pro 2 was Redmi Pro smartphone that was launched in July 2016. Now that the Chinese smartphone brand is launching a new series altogether, it has decided to finally launch the next device in the range.

Other reports have thrown some light on the specifications of the upcoming Xiaomi device. The smartphone is said to be powered by Qualcomm Snapdragon 675 processor and will feature a 6.4 inch LCD Full HD+ display that will have an aspect ratio of 19:9.

On the camera front, there will be a 24MP selfie camera with Sony IMX576 sensor and the smartphone will come with a dual rear camera setup with 48MP and 5MP sensors. Xiaomi Redmi Pro 2 smartphone runs Android 9.0 Pie skinned with MIUI 10. A leak that has surfaced online hints that the base model of Xiaomi Redmi Pro 2 will cost 1799 Yuan. We’ll update you on more information about the device when we get to know more about it.