Xiaomi to launch Redmi Note 10S and Redmi Watch in India today: How to watch the Livestream 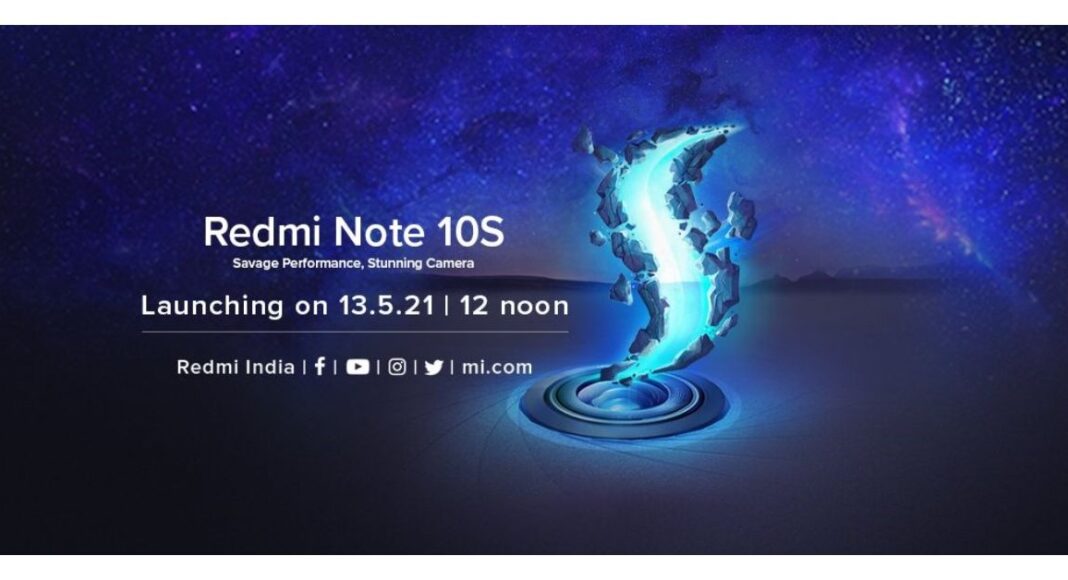 Xiaomi is all set to launch two new products in the Indian market. Today the company is going to unveil the Redmi Note 10S alongside the Redmi Watch. To launch both the devices the company will be hosting a launch event, which is to be live-streamed via social media channels. Read on to know the launch details and expected specifications of both, the smartphone and the smart wearable.

How the watch the Livestream of Redmi Note 10S and Redmi Watch?

Redmi Note 10S and Redmi Watch are scheduled to officially launch today in India. Xiaomi will be hosting a launch event to unveil both devices. The event will be Livestream via the company official YouTube channel and across various social media platforms. The event is going to kickstart at noon and those who are interested to watch the event can catch the event live here on our website.

Redmi Note 10 is likely to feature a 6.43-inch full-HD+AMOLED hole-punch display with 1,080×2,400 pixels of resolution. The handset will come with Gorilla Glass Protection on the front and is IP53 rated for water and dust resistance as well as hi-res certified stereo sound dual speakers on board. It will run MIUI 12.5 based on the top of Android 11. Under the hood, there will be a MediaTek Helio G95 SoC with Hyperengine game tech for optimised gameplay. The device is confirmed to boast a 5,000mAh battery with 33W fast charging support.

On the camera front, the Redmi Note 10S is expected to comes with a quad rear-camera set up that consists of a 64-megapixel primary sensor, an 8-megapixel ultra-wide-angle lens, a two 2-megapixel macro and a depth sensor. For selfies, it will include a 13-megapixel front-facing camera.

Xiaomi has not yet revealed the name of its upcoming smartwatch however the Redmi Watch is the only wearable that has been launched under its sub-brand Redmi. The device was launched in China last year in three shades of Elegant Black, Ink Blue, and Ivory White. It features a 1.4-inch square-shaped display offering 320×320 pixels of resolution and 323ppi pixel density. The smartwatch supports NFC and offers 120 watch face options.

The Redmi Watch comes with eleven sports modes and it also offers health-related features such as an optical heart rate sensor, sleep monitor, effective stand monitoring, and breathing exercises. The smart wearable houses a 230mAh battery that delivers approximately seven days of battery life in normal mode and up to 12 days in long battery life mode.

Komila Singhhttp://www.gadgetbridge.com
Komila is one of the most spirited tech writers at Gadget Bridge. Always up for a new challenge, she is an expert at dissecting technology and getting to its core. She loves to tinker with new mobile phones, tablets and headphones.
Facebook
Twitter
WhatsApp
Linkedin
ReddIt
Email
Previous article
May 13 Flipkart Daily Trivia Quiz Answers: Answer to win exciting prizes
Next article
Asus Zenfone 8 Flip and Zenfone 8 powered by Snapdragon 888 SoC launched