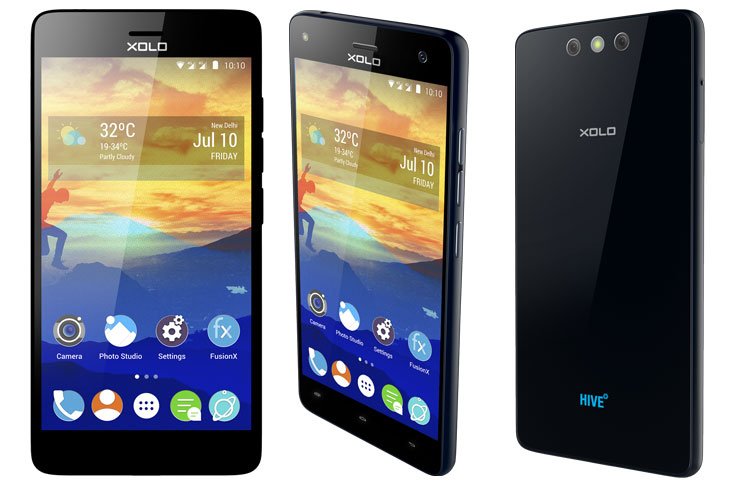 The brand XOLO has seen some ups and downs since its inception. However, now the LAVA owned company has gathered itself up and is starting to get some steam. 49% of its customer base comes from urban towns and cities, and XOLO would like to keep it that ways with its latest launch called Black. This is the new phone brand under the XOLO vertical that will fetch more smartphones in the category soon.

So what’s the USP of XOLO Black? Well there are quite a few, but the one that catches the eye first are the Dual cameras located at the rear of the phone. In total this phone has 3 cameras. A 13MP and 2MP rear camera, and 5 MP front one. So why two cameras at the back? These cameras don’t give you any 3D effect, but are there for superior clarity and users can focus on a particular part of the image after clicking. Yes, you read it right. The users can focus on a part of the image while blurring out the rest after they have clicked it.

Tech specs of the XOLO Black smartphone include a 5.5-inch full HD touchscreen, which hides a 1.5 GHz Quad-core plus 1.0 GHz Quad-core CPU’s, in total 8 cores is what the user gets. These kick in according to the app and phone requirements. These are combined with 2 GB RAM and 16 GB memory. XOLO Black also comes with a 3,200 mAh battery that charges up fully in 2.5 hours.

Android 5 Lolipop version of the Google OS comes with XOLO’s Hive Atlas skin on it. The phone is priced at 12,999 and will be exclusively available on Flipkart. Overall the package does seem quite good. Stay tuned as we bring you the review of the XOLO Black soon.

Sulabh Purihttp://www.gadgetbridge.com
Sulabh Puri is the Editor In Chief of GadgetBridge.com. A content specialist, he started his career young and it has been a rewarding 15 years for him. Before heading Gadget Bridge, he was the Editor of Times of India (TOI) Technology and GadgetsNow.com. He has also led TOI’s international edit arm as the Editorial Head of Business Insider India and Tech Radar India. He has also worked with various media houses such as the India Today Group and Cybermedia. He loves everything ‘gadgety’ and enjoys tinkering with new tech toys and automobiles. A graduate in commerce from Delhi University, he is also an adept graphic designer. When he is not working, he can be found in the kitchen, cooking mouth-watering chocolate cakes and croissants.
Facebook
Twitter
WhatsApp
Linkedin
ReddIt
Email
Previous article
NETGEAR unveils R6220 smart Wi-Fi Router for Rs 9,500 in India
Next article
Spice launches XLife 406 budget Android smartphone for Rs 3,799