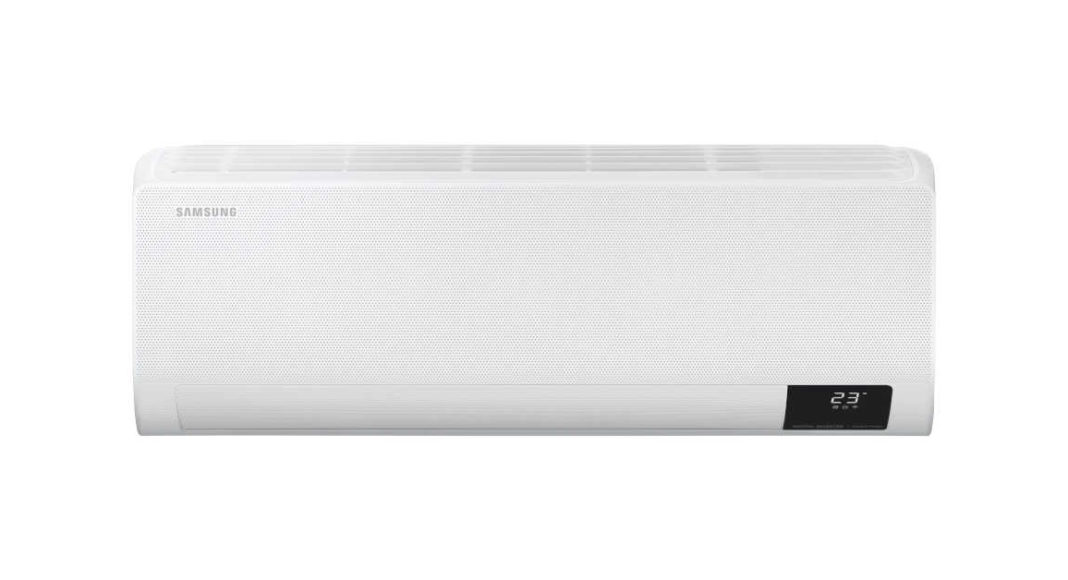 Samsung launched their latest range of air conditioners on January 9 in India. This lineup includes the Windfree-AC 2.0 series, the premium triple inverter series, the Eco Inverter and On/Off split ACs. The new lineup has over 40 models, which are strategically designed and priced to suit a wide range of customers. The new range is scheduled to be available at Samsung stores and partnership stores offline in the country before the end of January.

The Wind-Free 2.0 Series uses its micro-holes to disperse air throughout the room it is installed in till the user’s desired temperature is reached. This 2.0 version has 23,000 holes compared to the 21,000 holes of the predecessor device. The Wind-Free 2.0 lets users control their ACs sans remote through their Smartphone. This AC enables users to control it using the Smart Home app through Wi-Fi. Users now have the ability to monitor and limit power usage according to their needs. The AC is also equipped with Motion detecting sensors to go into energy-saving mode if human motion is not detected every 60 minutes. The product comes with a warranty of 10 years on the compressor and has a digital inverter which helps users maintain the temperature of their choice. The AC also comes with an Easy filter feature to combat contaminants presence in the air around the room.

Meanwhile, the Triple Inverter series comes with a convertible mode as an option, letting the user convert the AC into a less power-consuming device as per their choice. These air conditioners are powered with 8-pole inverter technology to promote energy saving. The device also produces minimal vibration while in use.

Samsung has also released the first range of Eco inverter equipped ACs in India. These ACs are available in four different designs. Some models also have a Hidden Backlit display and a crystal design as a part of its aesthetic appeal. This entire range has a 10-year warranty on the Digital inverter compressors and comes equipped with features like Turbo cooling, Anti Dust and a bacteria filter.

The last latest addition by Samsung is the all-new On/Off series. Samsung has announced that they will be launching 4 new additions in the 1 Ton and 1.5 Ton configurations to the series across different designs. The entire range comes with a 5-year warranty on the compressors and has features like turbo cooling.

The range of prices for all of these air conditioning devices begins at Rs 35,990 and will go up till 73,990. Samsung has also announced EMI options that customers can avail at zero down payment.

Achuuth Karthickhttp://www.gadgetbridge.com
The youngest member of Team Gadget Bridge, he is knowledgable Intern and loves his laptop and mobile phone. He cannot stay without them. He loves to talk about new consumer gadgets and has a bright mind.
Facebook
Twitter
WhatsApp
Linkedin
ReddIt
Email
Previous articleRealme 5i launched in India at Rs 8,999
Next articleReliance Jio launches Wi-Fi based calling option for its users