Microsoft will be announcing about the xCloud Streaming service at E3 2019. 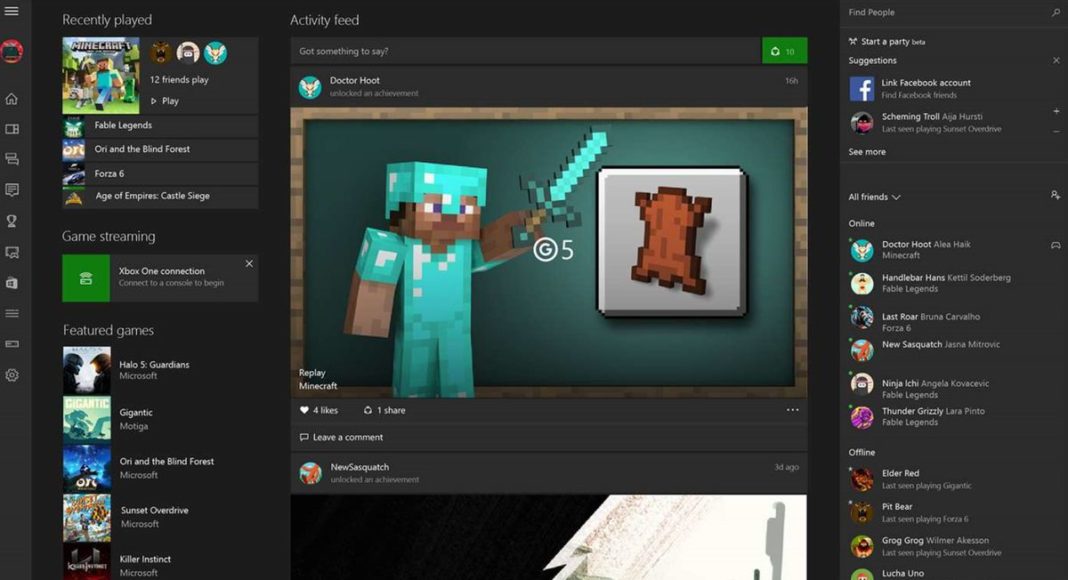 Ahead of E3 2019, which is scheduled for June 11, 2019, Microsoft has updated its Xbox app for Windows 10. The Xbox app has now been updated with a new icon and name, which according to the company, will give a “new desktop experience”. This may be revealed at E3 2019 next week where major electronics and game companies are to reveal their new products and games. Other than the name of the app, nothing much has been changed, but the next update is expected to reinvent the Xbox app for Windows 10. In the next update, Microsoft will be looking for using it as a dashboard for the Xbox console settings and unspecified features.

The Xbox app for Windows 10 has been named to Xbox Console Companion and it will be a dedicated application for the Xbox console features and settings. When a user running Windows 10 will update their Microsoft Store app, they will see a message saying “Pardon our dust. This app is being renamed to Xbox Console Companion to be a dedicated app for your Xbox console features and settings. A new desktop experience is coming soon and requires an up to date version of Windows, so do be sure to update to the Windows 10 May 2019 Update and stay tuned for the latest.”

Other than this, Microsoft is planning to launch its xCloud online gaming service which will allow the game streaming between a user’s devices. There is also a possibility that the Xbox app could also have some features related to the xCloud online game streaming service which is expected to be unveiled at the E3 2019 next week. Other than the desktop app, the Android or iOS version of the app have not been changed yet.

Currently, the application allows the users to manage the installed games on their Windows 10 PCs, and it also gives them the option to browse games in the Microsoft Store. Other than that, the users can also manage their Xbox Live profiles, and can chat with their friends and participate in communities using the Xbox Windows 10 app. They can also check and share their in-game achievements and manage their images and video clips recorded using the console’s DVR feature. Lastly, using the Windows 10 Xbox app, the user can stream games from an Xbox One console to a Windows 10 PC.

More details about Microsoft’s new desktop experience will be revealed at the press conference which the California-based company will schedule on June 9 (1:30am IST on June 10) at the E3 2019. Other than the desktop app, the company will also be revealing about its xCloud streaming service which Microsoft has promised to begin trials sometimes in 2019.

Aman Singhhttps://www.gadgetbridge.com/
Aman Kumar Singh has a Masters in Journalism and Mass Communication. He is a journalist, a photographer, a writer, a gamer, a movie addict and has a love for reading (everything). It’s his love of reading that has brought him knowledge in various fields including technology and gadgets. Talking about which, he loves to tweak and play with gadgets, new and old. And when he finds time, if he finds time, he can be seen playing video games or taking a new gadget for a test run.
Facebook
Twitter
WhatsApp
Linkedin
ReddIt
Email
Previous article
Here’s how Xiaomi’s under-screen camera will work
Next article
OYO Store launched on Airtel Thanks app; here’s how to use it