The device is available in two variants in India. 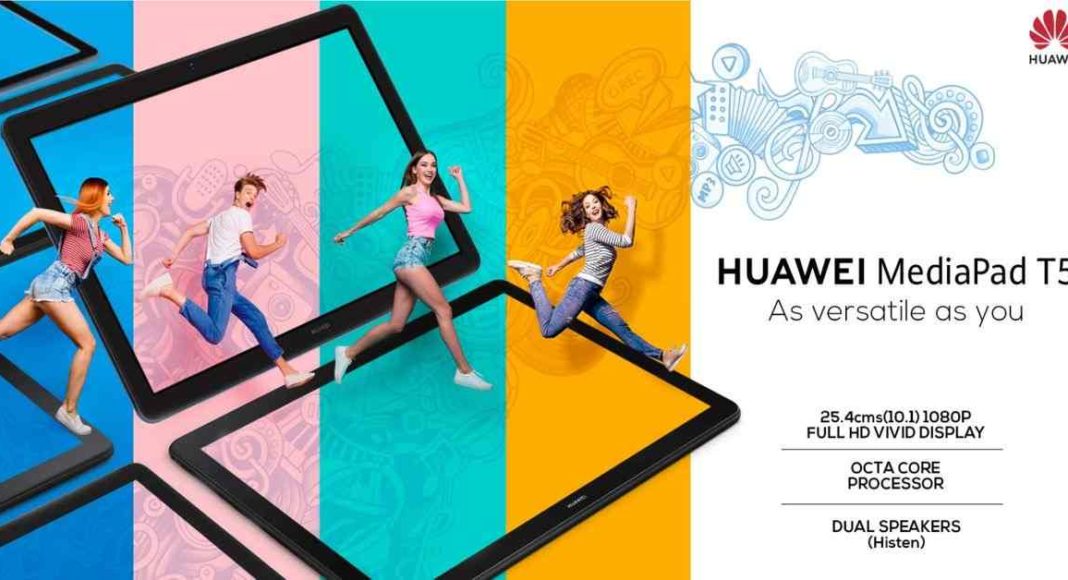 Chinese electronics brand Huawei has today launched its new MediaPad T5 tablet in India. Huawei MediaPad T5 comes with a 10.1-inch screen, is powered by 8 core high speed and can hold a microSD card of up to 256GB. Here’s a look at its other key highlights:

The newly launched tablet by Huawei comes with a 10.1-inch full-HD (1920×1200 pixels) display that has an aspect ratio of 16:10. At the bottom, the device houses a dual speaker layout. According to the company, the high-quality power amplifier system of the tablet brings louder and clearer sound with more flexible low-frequency, and at the same time, it also reduced distortion.

Huawei MediaPad T5 is powered by an octa-core HiSilicon Kirin 659 processor that is clocked at 2.36 GHz. The comes with up to 3GB of RAM and up to 32GB of internal storage. It can also hold a microSD card of up to 256GB. The tablet runs Android 8.0 and comes with an intelligent file management system that helps the user get rid of system cache and debris. Apart from that, the tablet can be connected to Huawei smartphones, Windows PC as well as Mac. This enables users to share their data wirelessly.

For imaging duties, the tablet has a 5MP auto-focus rear camera that has an f/2.4 lens and a 2MP fixed focus selfie camera with an f/2.4 lens. The tablet houses a 5,100mAh battery and in terms of connectivity, it has Wi-Fi, 4G LTE support, GPS, and Micro-USB port. 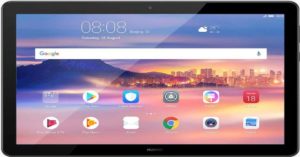 The tablet comes with a curvature arc on its sides of the tablet and Huawei has touted its anti-fall design too.

In addition to this, the device comes with the parental control feature that lets users set usage limits and customize the content available on the tablet for their kids. Huawei MediaPad T5 also comes with an enhanced eyes comfort mode so that the tablet’s screen does not strain users’ eyes. It also has Blue Ray Filter and Usage Time control.

Huawei MediaPad T5 will be available for purchase on Amazon India starting July 10. The tablet comes in two variants- 2GB RAM/16GB storage & 3GB RAM/32GB storage. While the base model is priced at Rs 14,990, the higher-end model costs Rs 16,990. The company is offering a free flip cover and Huawei Earphones AM 12 worth Rs 2,998 along with the tablet as a part of an introductory offer.

Komila Singhhttp://www.gadgetbridge.com
Komila is one of the most spirited tech writers at Gadget Bridge. Always up for a new challenge, she is an expert at dissecting technology and getting to its core. She loves to tinker with new mobile phones, tablets and headphones.
Facebook
Twitter
WhatsApp
Linkedin
ReddIt
Email
Previous article
Huawei Mate 30’s 5G variant to launch in December: Report
Next article
Samsung Galaxy M10 price in India slashed: Here are the key details