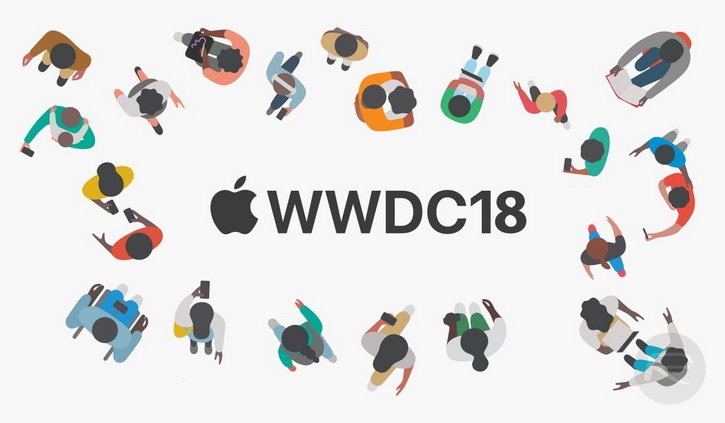 Apple’s World Wide Developer Conference 2018 is set to begin on June 4. Needless to say, there are a number of rumours on the internet about what the Cupertino based technology giant has up its sleeve for the event. In addition to software announcements that Apple does every year at WWDC, the technology giant is also expected to make some announcements on hardware.  Declarations on Artificial Intelligence, Augmented Reality and Virtual Reality are also likely. While we would have to wait to see what Apple has planned for this year’s WWDC, here we bring to you everything that is projected to happen:

New iPad Pro: It is fully possible that Apple will be unveiling the next generation iPads on WWDC 2018. Considering that the last update to iPad Pro came in June 2017, it is a possibility that definitely cannot be ruled out. According to various reports, the new iPad Pro will be available in two variants – 12.9-inch and 10.5-inch. Much like the iPhone X, the new iPad Pro will come with a bezel-less design, Face ID and a TrueDepth camera. There has also been some speculation about Apple planning to separately launch the next generation iPad Pro. However, we’ll have to wait till WWDC 2018 to see how true that is.

Apple iPhone SE 2: The biggest and the best attraction at this years’ WWDC will be the iPhone SE 2. The first iPhone SE was launched in 2016 and fans have been expecting a new version for a long time. Ahead of WWDC 2018, a number of leaks have given away some specifications of the upcoming iPhone SE 2. To begin with, the new iPhone SE will sport an iPhone X like edge-to-edge display. Maybe Apple plans to do this in order to offer more screen space without altering the dimensions too much. The iPhone SE 2 is also expected to come with a glass design like the iPhone X and will be powered by the A11 Bionic processor.  It will house a 1,750mAh battery and come in two storage variants – one with 32GB and the other with 128GB onboard storage.

Apple AirPower: Were you completely fascinated by Apple’s wireless charging mat when it launched the iPhone 8, iPhone 8 Plus and iPhone X in 2017? Well, the wait for it might be over as the Cupertino based technology giant may launch it in WWDC 2018. Apple’s senior vice president of worldwide marketing, Phil Schiller, had said during the September 2017 launch that the AirPower will be launched ‘next year.’ If Apple wants the multi-charging pad to go on sale before it launches its next iPhones, the best opportunity to launch it will be WWDC 2018.

Apple iOS 12: Apple has traditionally used its developer conference to showcase the latest version of its mobile operating system. And this year should be no exception as Apple is expected to unveil iOS 12. iOS 12 is expected to come with deeper integration with Augmented Reality, added security features, and tweaks in user interface. Apple may also add a feature which will enable users to control their smartphone addiction. If you suddenly recall the newly launched feature in Android P, we don’t blame you as it is meant for precisely the same function.

Siri: Google’s Assistant recently got six new voices including John Legend’s. So how can Apple lag behind? According to rumours, Siri will be getting new voices too. And Siri will also soon power a new home speaker and open a number of third party applications. Apple is also expected to get new machine learning features to Siri.

WatchOS 5: Not much is known about the WatchOS yet, but what do know is that it is set to make the Apple Watch 3 even more wellness-focussed. With WatchOS 5, Apple’s smartwatch is set to get a sleep tracking feature. There is also a possibility of more watch face customizations.

New Macbooks and iMacs: Last year on WWDC, Apple refreshed its entire line-up of laptops and desktops. And it is fully expected to do the same on WWDC 2018 with new MacBooks and iMacs. Its new line-up of laptops and desktops will be powered by latest 8th generation Intel processors. How much the hardware will change is something we’ll have to wait to see. There are also rumours about Apple planning to unveil a comeback model of MacBook Air.

Avani Baggahttp://www.gadgetbridge.com
Avani has an immense love for reading, travelling and food, but not necessarily in the same order. Avani almost started pursuing law, but life had other (better) plans for her and she chose to be a writer instead (luckily!) She previously covered technology at Times Internet and wrote about smartphones, mobile apps and tech startups. When she’s not writing, you’ll be able to find her in book stores or catching up on her social life.
Facebook
Twitter
WhatsApp
Linkedin
ReddIt
Email
Previous article
Kingston will soon launch its first HyperX RGB device in India. Tete-A-Tete with Vishal Parekh of Kingston India
Next article
Nokia 5.1, Nokia 3.1 and Nokia 2.1 launched: Price, specs and more