HomeMobilesSamsung Carnival Sale on Flipkart has some great deals on latest Samsung... 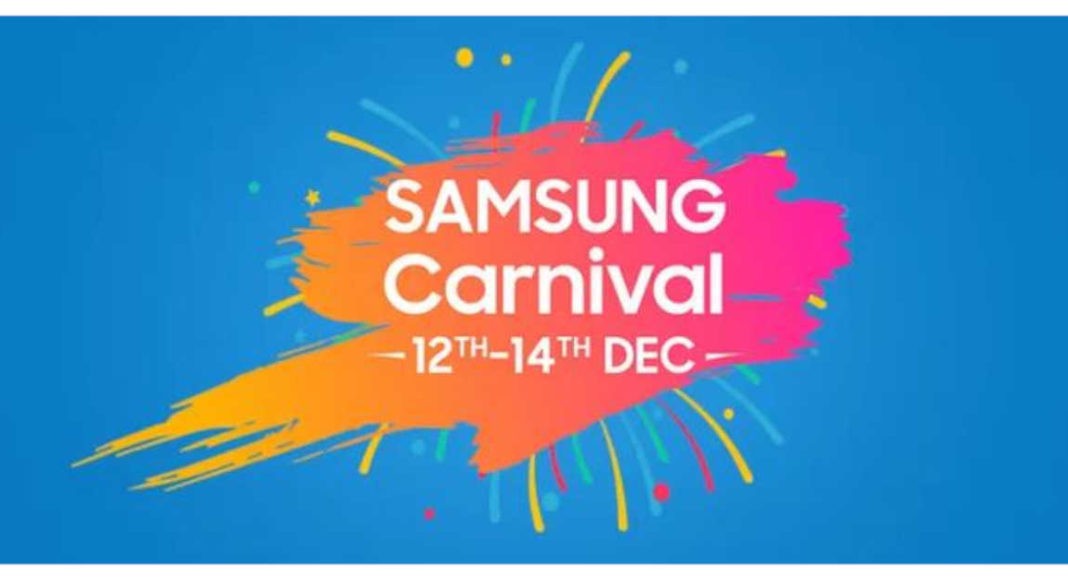 Flipkart’s Samsung sale started on December 12 and will be live till December 14, 2019. Many trendsetting models of Samsung have received great discounts. The Samsung Galaxy A50, Galaxy S9, Galaxy A70, and other Galaxy phones are available at discounted prices on the website. Customers buying the Samsung Galaxy Note 10, Note 10+, Galaxy S10 and Galaxy S10e can avail additional cashback benefits.

They are also offering tempered glass and back covers for all Samsung phones under Rs 199. If you are a Samsung smartphone lover, this seems to be the right time to pick a new Samsung Galaxy smartphone.

Achuuth Karthickhttp://www.gadgetbridge.com
The youngest member of Team Gadget Bridge, he is knowledgable Intern and loves his laptop and mobile phone. He cannot stay without them. He loves to talk about new consumer gadgets and has a bright mind.
Facebook
Twitter
WhatsApp
Linkedin
ReddIt
Email
Previous article1 million units of Samsung Galaxy Fold sold, claims Samsung
Next articleWhatsApp will withdraw support from certain phones in 2020, is your phone on the list?