13 super genius tricks every iPhone and iPad owner should know

Planning to buy the new iPhones and iPads, or previously own one? Here are a few tricks you should know. 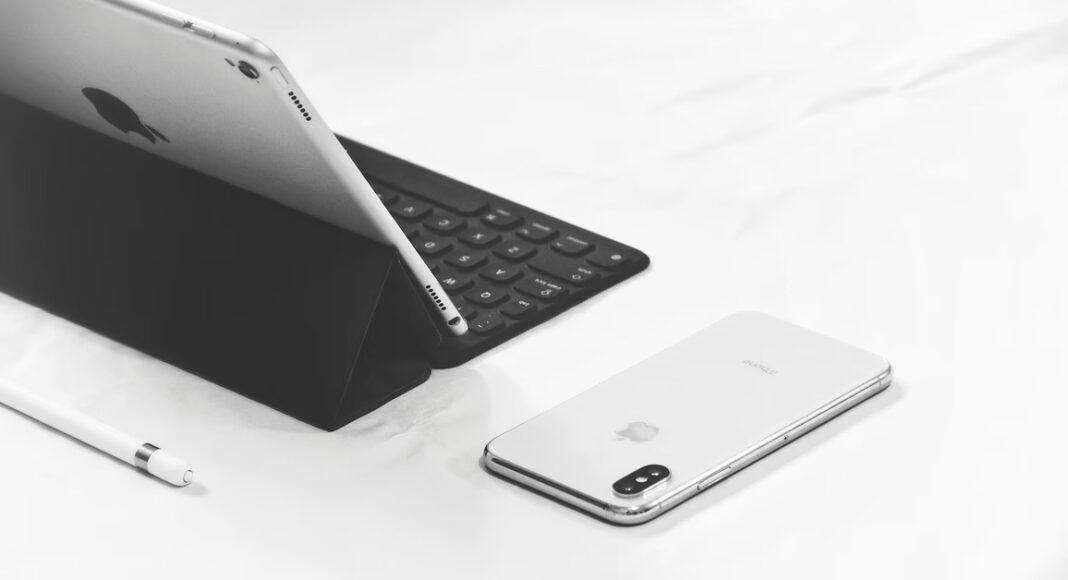 Everyone has loved Apple products since the first segment of the iPhone and iPad came into the market. This list will show 13 super genius tricks every iPhone and iPad owner should know to increase their productivity and get the best out of these superb devices.

Since the launch of the devices, there have been many major upgrades making these devices incredibly flexible and useful. There are often some features introduced in the Apple device that are either hidden or we know less about them. Lets look at some of them below

A prime example is Facebook that tends to demand extra resources that it really needs. This can be controlled by going into Settings > General > Background App Refresh and toggle off the applications that do not require background refresh according to you.

Widgets in both iPad and iPhones can be extremely helpful in showing widgets to show calendar items, weather forecasts, news headlines and anything else you fancy. All you have to do is hold on to the blank bit of your home screen. After that, a panel will open in which you can select widgets you want to add.

If for some reason you change your mind just press and hold the widget until you see a little circle with a minus sign over each widget. Tapping the minus sign will remove it from your Home screen. 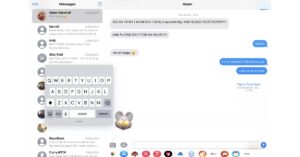 The default keyboard especially on iPad takes a lot of room when switched to landscape mode. It can be made smaller by pressing and holding on the keyboard icon at the lower left of the keyboard and then sliding your finger over Float.

The keyboard will become much smaller and can be repositioned by dragging it across the screen. It can be returned to normal form by pinching out using two fingers. 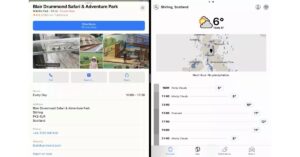 Split view is a brilliant feature available in iPads and iPhones. One can easily work in two applications side by side. A great example of this can be if you are writing a research paper on the web.

You can just open the notes app in one half of the screen and browser on the next. Slide over and drag the application from the dock while it is currently open. It will automatically open in a split view. 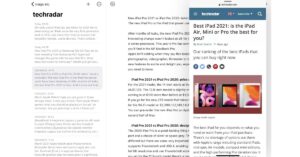 It does not work for iPhone but is a handy feature if one uses iPad more often. It helps you to quickly use another app without leaving the current one. Your iPad remembers which apps you use in this mode for faster switching. To use it, open the first app and then slide up from the bottom to show the Dock.

Gestures are an easy way to navigate through apps or to utilise the full power of your device. But sometimes this can be interfering with either other apps or you are not habitual to it. One can easily switch off gestures as well by heading to Settings > General > Multitasking. By switching the toggle you can now easily get rid of gestures and triggering the same mistakes. 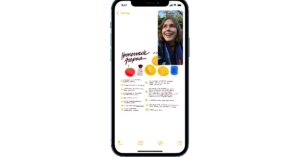 Imagine watching a film or having a FaceTime video call in full-screen mode and you need to switch to another application to complete some work. Well, Apple has got you covered. Just press the little arrow icon on the screen.

For example, if you are watching a video on Apple Music. Press the Windows icon on the top left corner and the video will start playing in PiP mode. Tapping on the video again will bring it back to normal size. It is some of the best tricks every iPhone and iPad owner should know 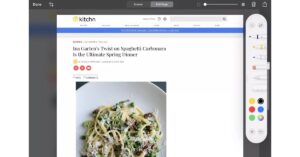 If you are surfing through your browser and want to save and share it as a PDF, it’s easy using the Safari browser. All you need to do is bring up the Share menu in the browser. The menu will include a “Make PDF” option. It comes in handy, especially for offline reading purposes.

There is also a feature to take screenshots of the entire page. Take a normal screenshot and tap on the thumbnail to open editing mode. The top will have an option of “Capture the entire page”. With the help of this, you can save and share the screenshot later as well. 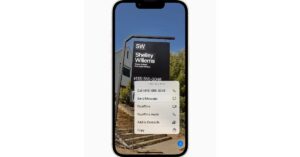 This feature rolled out recently with iOS 15 and works exactly like Google Lens. The new feature scans for text in images, through your phone’s camera, in screenshots, and in Safari. Tap on the Live Text button on the image or tap on the text highlighted by your camera. You can also use this feature on the recently snapped photos by selecting the text in a document. 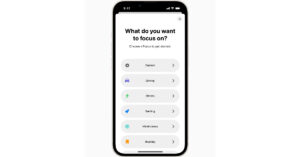 Focus mode works similarly to Do not disturb, but better. The feature also has a Sleep mode, which lets you set your sleep schedule. New modes have been recently included in the interface as well like the Personal and Work modes.

One can set on the focus mode according to their need and silence their smartphones right away. It’s a good productivity feature to help you in the settings. 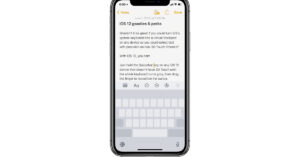 An underrated feature that has been long in Apple devices. It’s a handy feature if one is typing long paragraphs and it becomes really difficult to tap on a particular correction. This feature comes in handy for these situations.

Just hold the Space bar on your keyboard and the keyboard will turn into a trackpad. With which you can navigate to any word or paragraph easily and make changes. 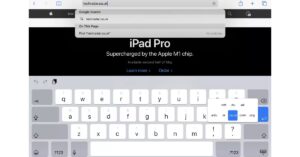 It is a small yet interesting option which Apple has added. Yes it won’t save you a lot of time but surely will make your internet experience better. Just open Safari and type any website name. After typing the name, hold the full stop (dot) to see many domain options like .com, .co.uk and so on. One can also hold other alphabets/numbers as well to see multiple options related to them. 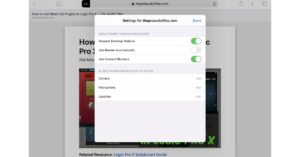 Some websites have a lot of ads on their page and it gets difficult to fetch out useful details from them. It’s easy to avoid by tapping on the AA icon in the safari address bar and switching it to reading mode. This will strip down a lot of unnecessary clutter.

By tapping the same icon again you can adjust font, colour and size as well. In the website setting, you can choose from whether to use content blockers or request the desktop site rather than the mobile one too.

These are some super genius tricks every iPhone and iPad owner should know. These tricks will come in handy and improve your experience with Apple products. Also, some of them can improve your productivity as well.