5 reasons not to buy the Realme 8 Pro: Other better options available

We don’t think that the new Realme 8 Pro is the best choice available in the price range. Here are the reasons. 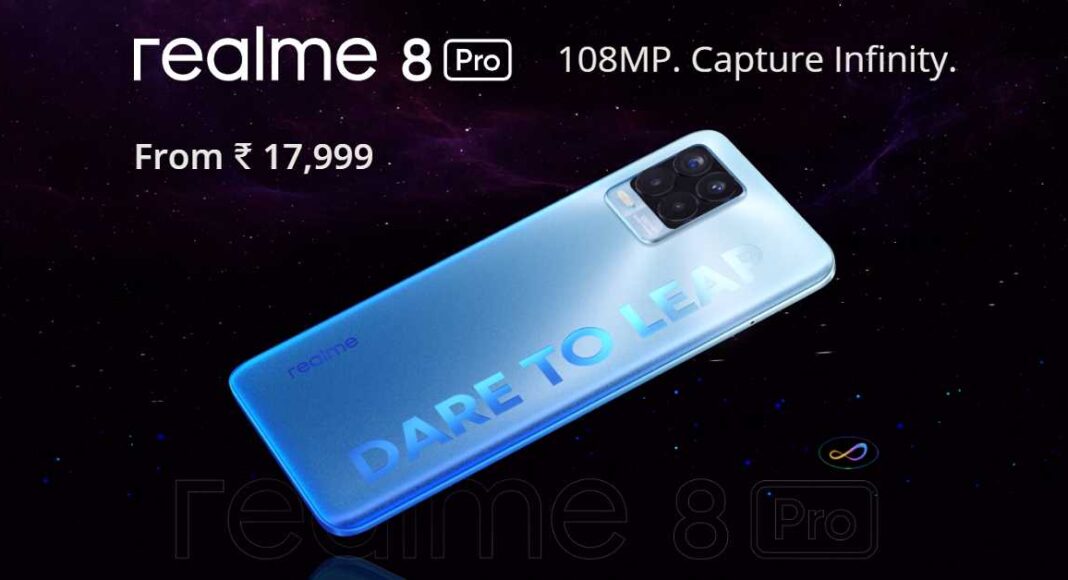 The launch of the Realme 8 Pro has instilled curiosity among smartphone users. The Realme Pro series is known for its high megapixel cameras and the new smartphone is set at a price of ₹ 17,999. However, considering its features, we don’t think it’s the best mid-range smartphone available in the market. The following points are enough to support our view that there are still better alternatives to look for in terms of price and features and Realme really needs to pull up their socks if they want to survive in the Indian market. Overall we found this smartphone to be quite old and boring.

1) No improvement in processor, still the old stuff

The new Realme 8 Pro comes with an octa-core Qualcomm Snapdragon 720G processor. The performance of this smartphone is the same as that of the Realme 7 Pro making it less competitive in the market. Moreover, other smartphones like Redmi Note 10 Pro and Poco X3 offer a more powerful processor. Since the GPU installed in all three smartphones is the same, the more powerful processor will deliver a better performance and also help in gaming.

The Realme 8 Pro sports a Super AMOLED 60Hz display. Although the screen quality is good, the refresh rate is sub-standard. A high refresh rate is a pre-requisite for fast-paced gaming. The Redmi Note 10 Pro renders a refresh rate of 120Hz making it suitable for lag-free gaming. With only 60Hz, the new Realme 8 Pro is not expected to go far in the gaming aspect.

The battery is a concern for most smartphone users. People carry out a range of tasks on their smartphone like meeting, social networking, and video streaming. The Realme 8 Pro is powered by a weak 4,500mAh battery that will not last even  a day. On the other hand, Samsung Galaxy M31 (in the same segment) comes packed with a massive 6000mAh battery that can keep your smartphone awake for the entire day even if you like to play games.

4) Nothing unique in the design

The aesthetics of the new Realme 8 Pro are similar to that of its predecessor. The only difference lies in the shape of the rear camera setup. Unlike the Realme 7 Pro, this smartphone has quad rear cameras in a square. This might be a compulsion due to a smaller dimension as compared to its predecessor. The front panel looks the same with the selfie camera embedded inside a punch hole at the top-right corner. So, no great shakes.

5) No development in the storage

The Realme 8 Pro comes only in one storage variant i.e. 128GB. If you want to buy this smartphone, you don’t get storage flexibility. Since the Realme 7 Pro offered 128GB, the new edition was expected to offer multiple storage variants for a variety of users. Since storage expansion is always an option, releasing a 64GB variant would have given an edge in terms of price over Redmi Note 10 Pro. As of now, the latter seems to be the preferred choice of most smartphone users.

In a nutshell, battery and processor are the key areas where the new Realme 8 Pro seems to be behind the mark. Which are enough reasons, to make Realme 8 Pro to be marked as very unimpressive. Smartphones like Redmi Note 10 Pro and Samsung Galaxy M31 will remain the preferred options for multitasking and gaming purposes. Over that, the 60Hz display  on the Realme 8 Pro is definitely a deal breaker. Stay away from this smartphone!