The smartphones equipped with this chip will deliver enhanced multimedia performance and 5G connectivity. 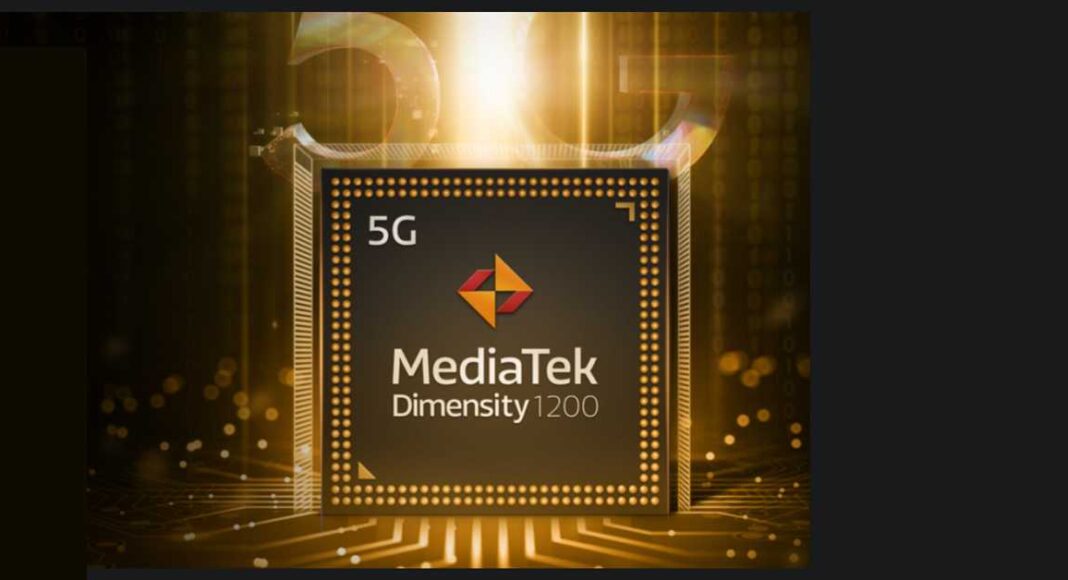 MediaTek, the Taiwanese fabless semiconductor company, announced to release its Dimensity 1200 chipset that will feature optimised 5G capabilities. The processor will significantly improve the gameplay rendering and responses. The SoC will enable the smartphone cameras to capture images of up to 200MP resolution. The smartphones equipped with this chip will deliver enhanced multimedia performance and 5G connectivity. Realme is expected to be the first smartphone company that will install the MediaTek Dimensity 1200 processor in its smartphones.

What is the architecture of the MediaTek Dimensity 1200 SoC?

The MediaTek Dimensity 1200 Soc offers a 6nm chip design. The octa-core architecture enables the CPU to get clocked at a frequency of up to 3GHz. The chipset comprises an Arm Mali-G77 MC9 GPU to deliver high graphic performance while gaming or video-streaming. The six-core MediaTek APU 3.0 enables advanced AI multimedia capabilities and faster refresh rates. The MediaTek Dimensity 1200 SoC is 25% less power-consuming 22% faster and as compared to its predecessor.

The architecture of the MediaTek Dimensity 1200 SoC is as follows.

According to Anku Jain, Managing Director, MediaTek India, “MediaTek Dimensity 1200 reiterates our focus on 5G and commitment to deliver compelling technologies. It will enable our OEMs to build competitive products that enable premium and incredible experiences. The SoC will mark a new beginning for the smartphone segment in India with its flagship features that blend the best of all worlds – be it processor technology, camera, AI features, gaming or connectivity enhancements. With flagship 5G chipset technology, MediaTek Dimensity 1200 SoC will take user experience to the next level be in terms of AI, camera, processor speed, gaming capabilities and much more. We expect more OEMs to launch MediaTek Dimensity 1200 powered smartphones in the near future”.

What performance capabilities will the MediaTek Dimensity 1200 SoC unlock in smartphones?

According to Madhav Sheth, Vice President – Realme and CEO, Re India and Europe, “Realme and MediaTek have collaborated since the launch of Reme 1 in 2018, bringing MediaTek Helio P60 chipset for the first time to India. The launch of Dimensity 1200 is another milestone towards realizing that vision, as it brings the power of nanoscale processor with 6nm design, up to 3 GHz speed with octa-core CPU, power-efficient and highly capable 5G integrated mode. Realme will be launching India’s first Dimensity 1200 powered smartphone very soon. The high-performance SoC will evolve the average owner’s smartphone usage exponentially, with enhanced video and photography capabilities, gaming technology, refresh displays, and an AI processor.”