Are you planning to buy a new budget smartphone? Find out here if Lenovo K10 Note should be the one. 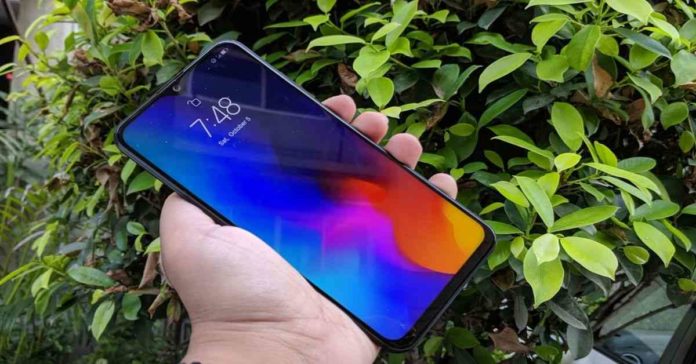 Lenovo recently launched three new smartphones in the mid-budget segment: Z6 Pro, K10 Note and A6 Note. The three devices have been priced at Rs 33,999, Rs 13,999 and Rs 7,999 respectively. Among these, the Lenovo K10 Note is placed in one of the competitive segments and its specifications include Snapdragon 710 SoC, a triple rear camera setup and 4,050mAh battery. We spent a few days with the budget smartphone to know if it’s actually worth a buy or it sounds good only on paper. Read the rest of our review to know if Lenovo K10 Note is the right buy for you:

Lenovo K10 Note is meant for those who like their smartphone to have a simple and minimalistic design. But, in spite of being both of these, the handset does look elegant and sports a sturdy built quality. Unlike a lot of other glossy looking smartphones available today, the Lenovo K10 Note is made up of plastic, which makes it lighter than them. Even after prolonged usage, the smartphone would not feel heavy to hold. In addition to this, the back panel and the sides of the device are made up of a single piece of plastic, and this further makes one-handed usage more comfortable. However, the plastic back panel is also a fingerprint magnet, so we would recommend you to keep a piece of microfiber cloth to wipe it clean. 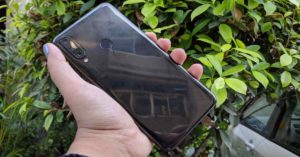 The Black coloured back panel houses the triple rear camera setup, an LED flash and a fingerprint scanner. The Lenovo branding is also present on the back of the handset; however, the device has to be held horizontally to read it. The right edge of the smartphone houses the power and volume keys while the left one has the SIM tray sandwiched on it. The bottom has the Type-C port, the speaker grill, the 3.5mm headphone jack and the microphone, while the top only has the secondary microphone.

Overall, we would say that while the design of the Lenovo K10 Note is simple, it is definitely stylish. Go for it if you don’t like your handset to be too ostentatious. 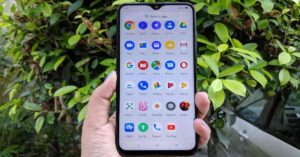 Flip over and you will see the 6.3-inch full-HD+ LCD display of the device that sports a drop-shaped notch on the top and has an aspect ratio of 19.5:9. The bezels are fairly thin and the chin at the bottom is slightly thicker. Lenovo has said that it has used Panda Glass instead of Corning’s Gorilla Glass to protect the display of the smartphone. We were quite happy with our experience with the screen of Lenovo K10 Note. It projects vibrant colours, which remain consistent at different viewing angles. We spent a lot of hours watching videos on the device and the images projected were very clear even in high-resolution videos. As we said earlier, our experience with the screen of the device was, overall, a good one. We didn’t face any problem reading content even under direct sunlight.

Before we talk about the performance of the device, we’ll take a minute to shed light on the rest of the notifications. Lenovo K10 Note is powered by Qualcomm’s Snapdragon 710 SoC clubbed with up to 6GB of RAM and 128GB of internal storage. The handset houses a 4,050mAh battery that has support for 18W fast charging and for imaging duties; there is a triple rear camera setup with a 16MP primary lens, an 8MP secondary lens with 2x optical zoom and a 5MP depth sensor. For selfies and video calls, there is a 16MP front facing snapper.

Coming to the software of the handset, it runs the Android 9.0 Pie with very little customization, which we think is a good thing. Devices which have heavily customised operating systems tend to perform certain actions slower. We opened multiple tabs of Chrome and switched between various apps and during our time with the device, we did not face any lag. The handset has support for gestures and they can be enabled via the ‘4D U-Touch’ menu in the Settings of the smartphone. The facial recognition can be found under ‘Smart Lock’. Rest everything is easy to find. There were a few pre-installed apps in the handset including App Daily, Opera, TrueCaller, Asphalt Nitro, Puzzle Pets and more. However, not all of these can be uninstalled. But luckily, we at least get the option of uninstalling the games if we want to. 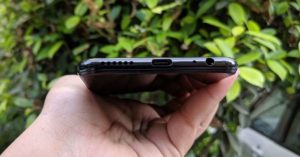 Speaking of the performance of the Lenovo K10 Note, in our experience, it was very smooth. As we mentioned earlier, we faced no lag in launching and switching between various apps and tabs. The smartphone was also good at handling multi-tasking and did not heat up when we tried to perform two or three tasks at a time. However, the same cannot be said about gaming. In about half an hour of gameplay, you would feel that the device starts heating up a bit. However, we should point out that this only happened when we were playing graphic hungry games like Asphalt 9: Legends, and even then, it only got slightly warm.

The battery life of the smartphone is another good aspect. The 4,050mAh battery easily lasted us more than a day with heavy usage involving YouTube videos, browsing through social media apps, using Google Maps for navigation, and clicking photographs. Lenovo K10 Note usually took more than two hours to be charged completely.

We should also talk about the audio quality of the handset. Lenovo K10 Note comes with Dolby Atmos and even with only a single speaker; it does manage a good sound output. The good audio abilities of the device only made our video-watching experience even better. The call quality of the handset was also good. We didn’t encounter any problems while making or receiving calls even in areas like elevators.

Now, let’s move on to talk about the cameras. As we mentioned in the specifications, the Lenovo K10 Note sports a triple rear camera setup that has a 16MP primary lens, an 8MP telephoto lens with 2x zoom, and a 5MP depth sensor. 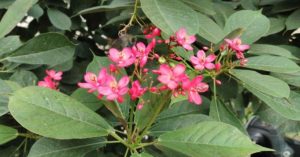 The images taken with the primary camera during the day showcased accurate colours and were aptly bright. They also had a good amount of details. Focussing on objects far away using the primary lens of the smartphone was not hard too. However, when we tried clicking objects that were close to the camera, the lens didn’t always immediately focus on it. The 8MP zoom lens proved to be good when the lighting conditions were bright enough; however, it did take longer than the primary lens to focus on objects. In lowly lit conditions, the images taken by both the primary lens and the zoom lens were just decent. Turning on the dedicated Night Mode doesn’t make too much of a difference. But then, on comparing, we preferred the ones taken by the primary camera. The Bokeh shots that we took using the 5MP depth camera mostly turned out to be good, but we should mention that you can’t adjust the level of blur. 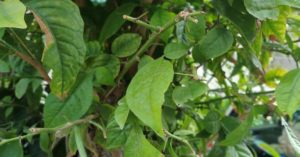 Coming to the 16MP selfie camera, it did a decent job of clicking self-portraits. While there are a number of filters and effects that you can apply to your selfie using the camera app of the device, the quality of selfies could be better.

At a price of Rs 13,999, Lenovo K10 Note is definitely a good buy. The smartphone comes with a vibrant display, has a long lasting battery and offers a smooth performance. The cameras were only decent, but we would have liked it better had the performance been more consistent.