Check out our detailed review of the brand-new OnePlus Nord smartphone before making your buying decision. 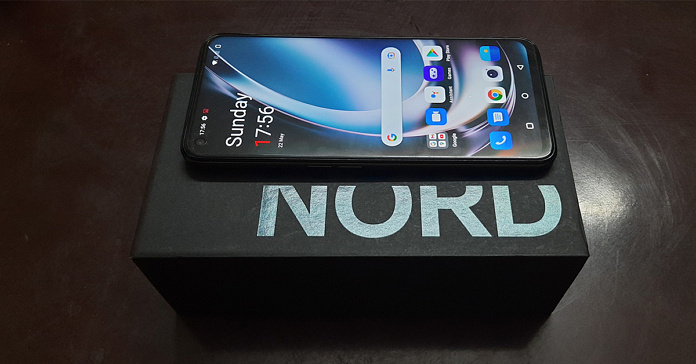 One of the latest OnePlus models released in the country is the all-new Nord CE 2 Lite 5G. Offering 6GB and 8GB RAM options coupled with 128GB storage capacity, the smartphone comes with a Qualcomm SM6375 Snapdragon 695 5G (6 nm) Octa-core processor. Along with a 120 Hz refresh rate IPS LCD display. Over that, you get a triple rear camera system with a 64MP main camera and a 16MP front selfie camera. As we finally got our hands on the brand-new smartphone, we dug deeper into each of its aspects, ranging from its design and display to its cameras, OS and CPU, to test its performance thoroughly. And we are super excited to share our findings with all of you. So here is the inside-out review of the all-new OnePlus Nord CE 2 Lite 5G. 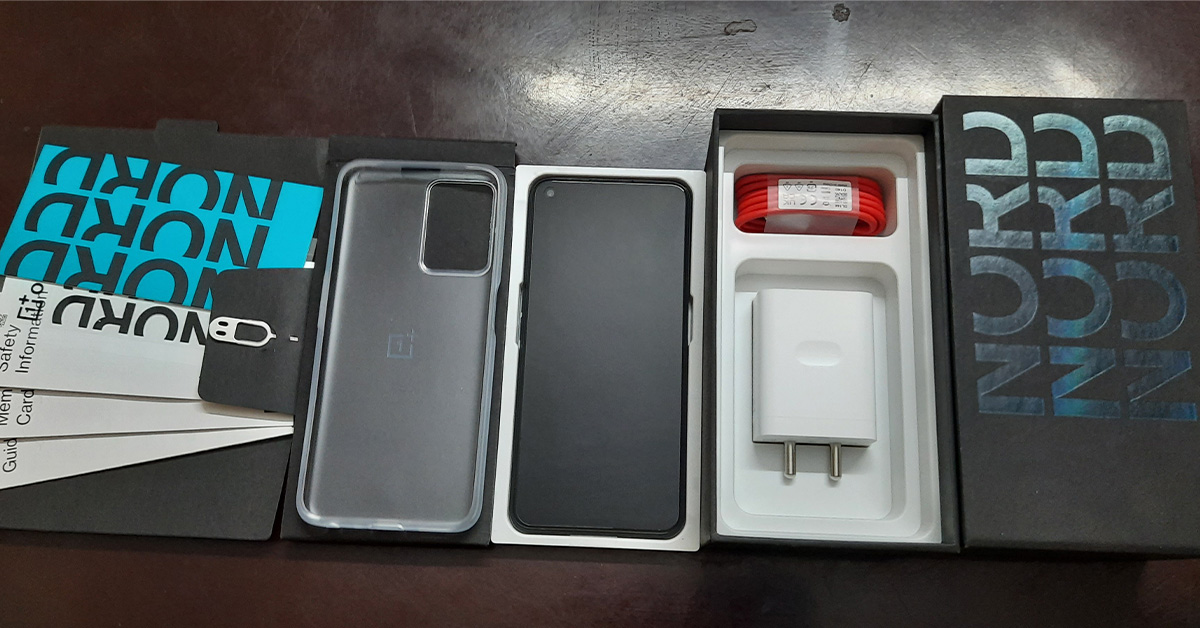 The Nord CE 2 Lite 5G comes sitting in the classic Nord lineup packaging. In support of the smartphone are offered a range of goodies, including a 33W SuperVOOC fast charger, a red coloured USB to Type-C cable, a silicone case, a SIM ejector tool, a quick start guide, some OnePlus Nord stickers, et al. 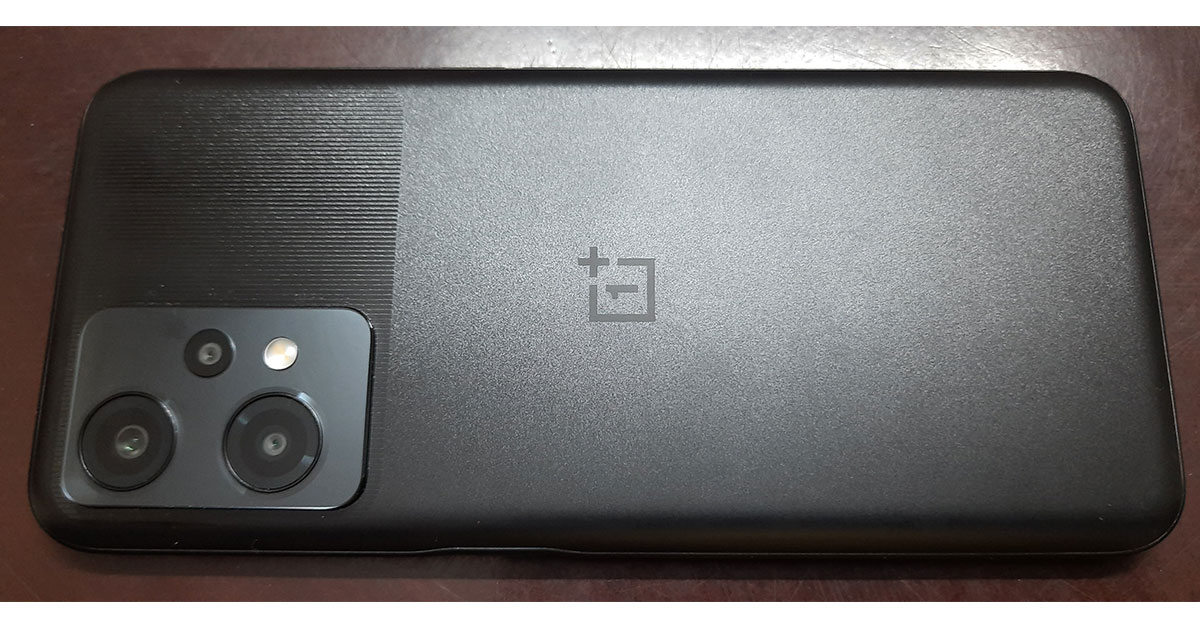 Opening up the package, you’ll meet the smartphone’s 6.59-inches IPS LCD 120Hz display with a screen-to-body ratio of 84.1%. On picking up the phone in hand, you might feel it to be a little chunky. Flip it over and you’ll be face-to-face with its black-coloured plastic back with the triple camera system along with the flashlight quietly sitting on a black glass mount placed on its top left corner. The OnePlus Nord CE 2 Lite 5G is offered in two colours, Black Dusk and Blue Tide, out of which we were able to get our hand on the former. Overall, the back has a plain and relatively unembellished look. 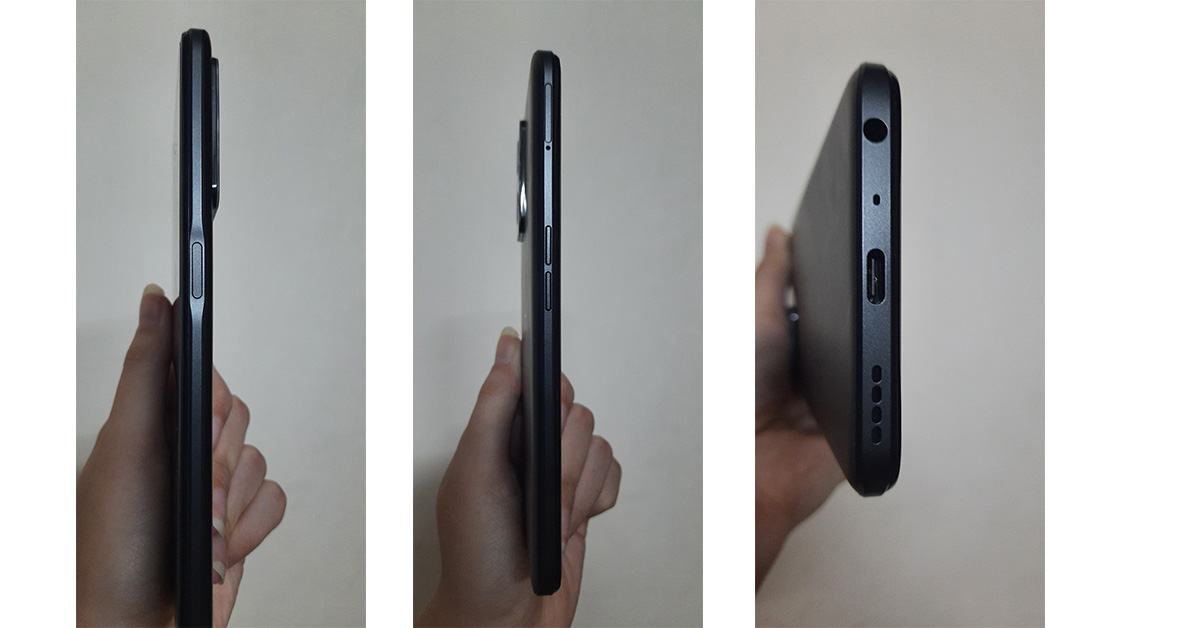 The frame also comes in body-coloured plastic. On its left side is the SIM card tray along with separated upper and lower volume buttons while on the right side lies the fingerprint sensor integrated power button. On the bottom can be seen a 3.5 mm jack, a Type-C port along with the single-speaker of the smartphone’s mono-audio system.

Bringing the phone to life, its 1,080 x 2,412 pixels resolution display lights up, which has a 401ppi density and an aspect ratio of 20:9. The brightness of the screen has to be set to at least 70% for it to be legible when brought under direct sunlight. For its use indoors, the brightness has to be set to about 50% for the display to be viewed comfortably. Some may, however, still find the overall brightness range to be a little dull.

The experience of streaming videos on Youtube was decent on the OnePlus Nord CE 2 Lite 5G. The highest quality offered for streaming videos is up to 1080p at a 60fps frame rate. Watching movies and TV series on OTT platforms like Netflix on the smartphone turned out to be surprisingly good. The colour quality as well as the picture clarity appeared to be quite decent. The mono-speaker sound quality is also commendable. However, one does miss the essence of a stereo audio system, which would have taken the experience to the next level. 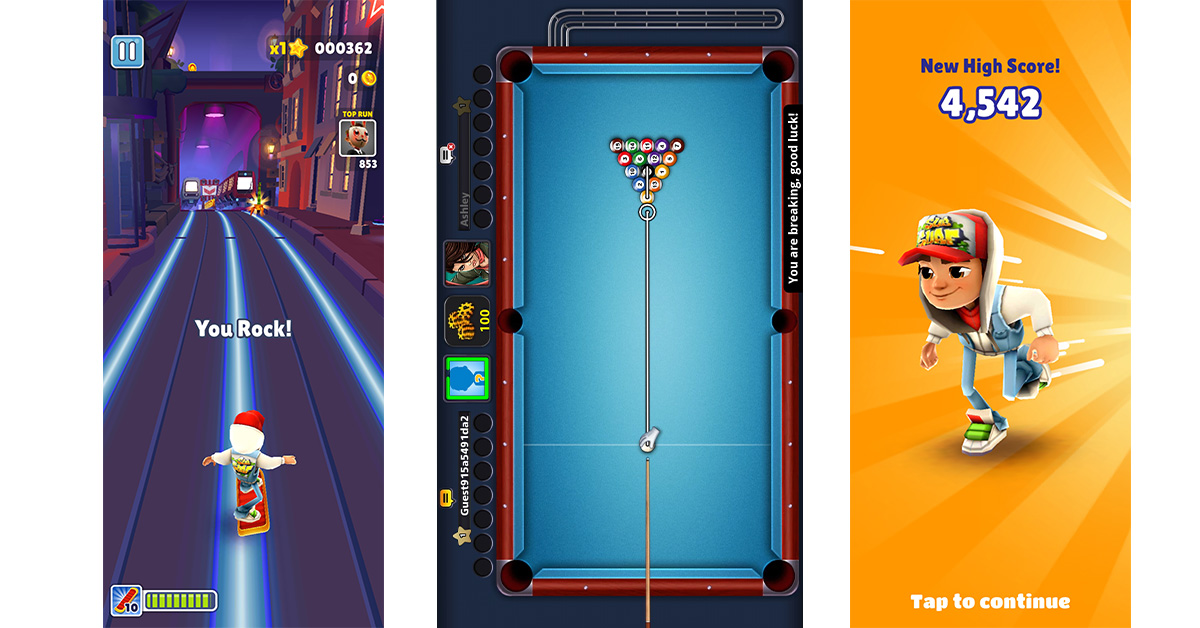 The gaming features on the Nord CE 2 Lite 5G were tested by playing both simple and high-end games including Subway Surfer. The graphics quality is appreciable, and so is the on-screen colour quality. The touch experience is smooth and the response to touch commands is on point. Sound quality is also decent while gaming on the OnePlus Nord CE 2 Lite 5G. The smartphone strides in with a Game focus mode, which offers the user an immersive and distraction-free gaming experience, by blocking gesture navigation, quick settings, notifications, and calls.

Overall, the design of the OnePlus Nord CE 2 Lite 5G appears simple. For some people, it might appear a bit bland. Sprinkling a little glamour into it might make it more captivating. The display of the smartphone, on the other hand, is decent. There might be a slight need to tune up the display brightness range a little bit.

Elaborating further on the Oneplus Nord CE 2 Lite 5G specs, the smartphone is a nano dual-SIM supporting model. It is offered with 6GB/8GB RAM options coupled with 128GB internal storage. The microSD card does not have a dedicated slot but shares space with the 2nd SIM slot (so yes, a hybrid SIM card slot). As said, the smartphone comes with a Qualcomm SM6375 Snapdragon 695 5G (6 nm) chipset, an Octa-core processor, and Adreno 619 GPU. A plus point of the all-new smartphone is that it comes pre-installed with the latest Android 12 OS.

The battery offered with it is of 5,000mAh capacity and supports 33W fast charging. Upon moderate usage, the battery lasts up to one day. The smartphone supports 5G connectivity, Wi-Fi 802.11, and Bluetooth 5.2. The interface of the device is pretty easy to use, too. You are offered both gesture and screen buttons navigation options during the initial setup. The home screen and the app drawer are separate, with square-shaped icons having round corners. The app drawer comes pre-organized with alphabetical ordering and no extra apps can be seen pre-loaded onto the system. 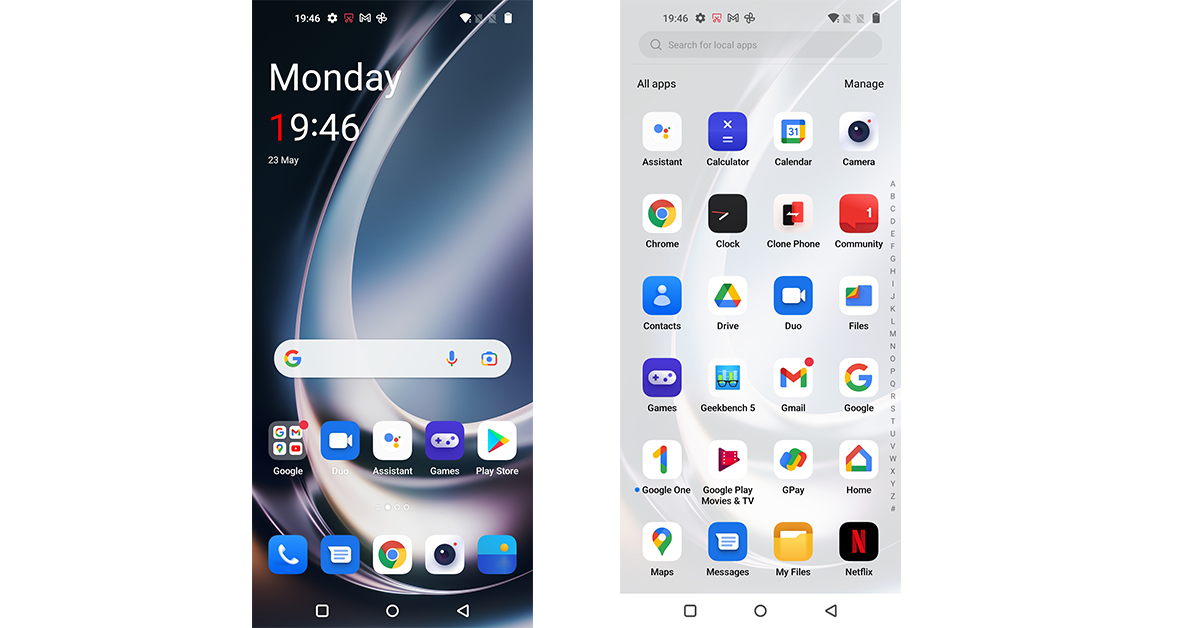 There was no app crash observed while using multiple apps simultaneously on the device. Switching between apps was also hassle-free. Another point noted was that the device doesn’t get easily heated up. Upon heavy usage for prolonged periods, the back may feel warm ever so slightly, but never too hot for the fingers. The touch experience is also favourable on the OnePlus Nord CE 2 Lite 5G. 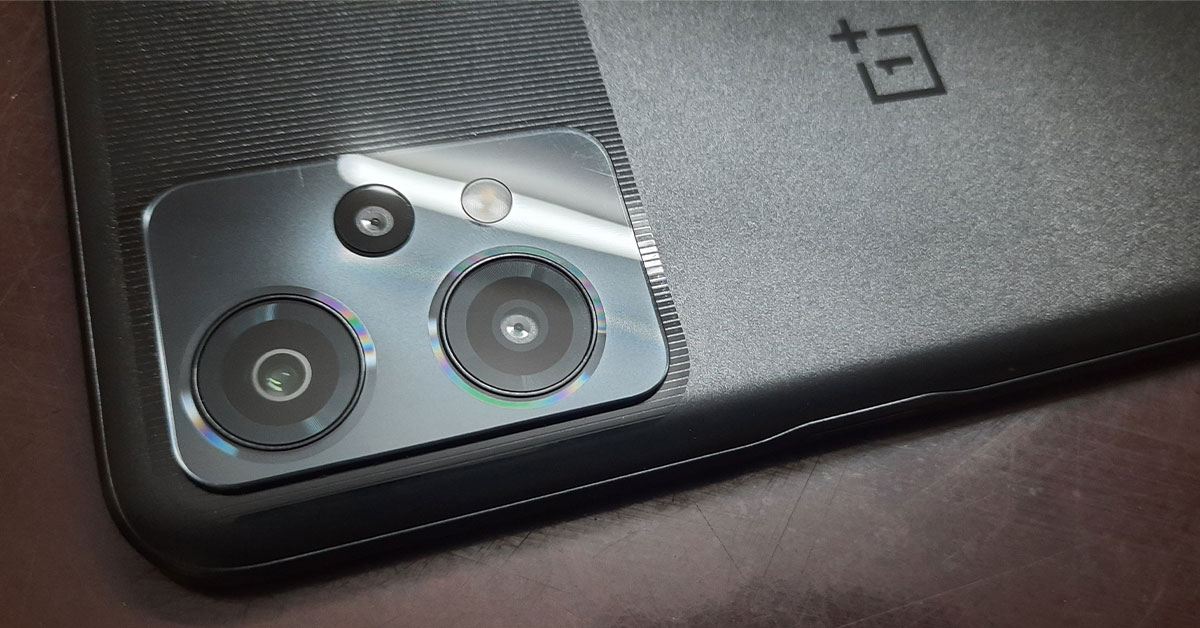 Coming to the Nord CE 2 Lite 5G cameras, it comes with a 64MP+2MP+2MP rear triple camera system and a 16MP front camera. The smartphone has a unique radial zoom scale, which has a range from 1x to 6x. However, the zoom adjustment is only available for the rear camera and not for the front one. When capturing in daylight, as we move up the zoom scale, the quality of the images surprisingly appears consistent. Captures in 1x zoom may appear to slightly lack details but still are of above-average quality. Upon increasing the zoom to 5x, you might have to give the phone a couple of seconds to focus, after which it starts capturing details better than the lower zoom modes, although slightly blurred.

Both the normal rear camera Photo Mode and Portrait Mode work great under well-lit conditions. There is also a 64MP mode provided. However, the difference between it and the standard Photo mode was found minimal. The night mode from the rear camera does a fantastic job to light up even a completely dark image and turn it into a pretty decent capture, although the results appear a little hazy. Coming to video captures, recordings can be made from the rear camera in up to 1080p at a 30fps frame rate. The picture quality is quite good and the camera is able to capture good details even in close-ups.

Speaking of the front camera, the details of the facial features are captured decently while the skin tone and the colour scheme are pretty close to reality. This holds for both the photo and the video captures. Another positive note is that the front camera also supports the night mode, and offers a face light tool, which lights up the subject’s face evenly like a ring light in the dark. The Macro mode on the OnePlus Nord CE 2 Lite 5G, although produces vivid images, needs slight improvement in its saturation balance and clarity. Apart from that, the AI mode of the rear camera recognizes the scene in the frame and adjusts the images accordingly, such as increasing the greens and adding a slight pop element if the foliage is being captured.

Overall, the camera package offered with the OnePlus Nord CE 2 Lite is commendable, but with slight tweaks, can be taken even further, to the next level. 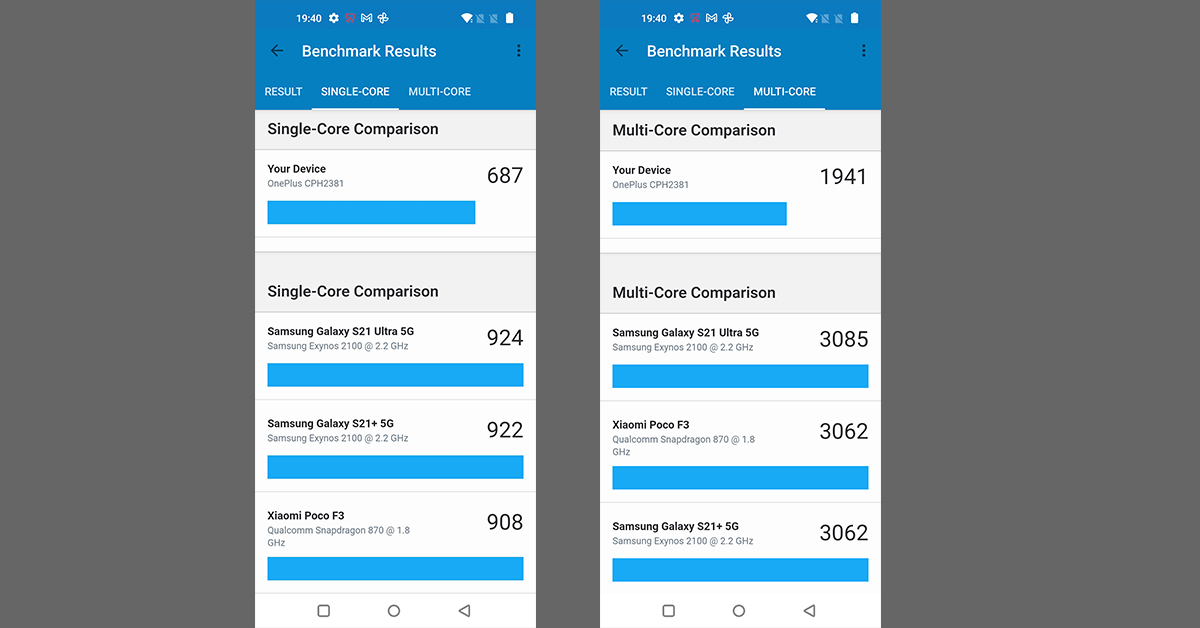 To sum up, the OnePlus Nord CE 2 Lite 5G offers a decent package of features to the customers. Although the smartphone does not stand out on any specific front, judging it too strictly also won’t be fair, since it is an entry-level phone and in fact, one of the cheapest ones from the OnePlus brand. However, considering its cost and the value offered by its competitors within the same price range, there is a definite scope for improvement. Geekbench 5 gives it a single-core score of 687 and a multi-core score of 1,941. Hence, whether its pros weigh heavier than its cons is something that will vary according to the personal requirements of every individual.

The OnePlus Nord CE 2 Lite 5G price in India starts from Rs 19,999. So does it seem worth the buy to you, at this price? We certainly feel it is a very good buy. Let us know your thoughts in the comments section below.

- Advertisment -
One of the latest OnePlus models released in the country is the all-new Nord CE 2 Lite 5G. Offering 6GB and 8GB RAM options coupled with 128GB storage capacity, the smartphone comes with a Qualcomm SM6375 Snapdragon 695 5G (6 nm) Octa-core processor. Along...OnePlus Nord CE 2 Lite 5G Review: Should You Buy It At This Price?