Pixel 7 Pro Review: Why you should get the phone 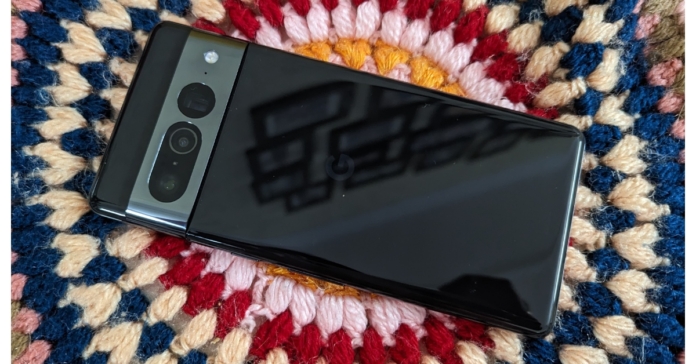 We recently evaluated the Google Pixel 7, which has excellent photography performance. The smartphone was released alongside the Pixel 7 Pro, which we have been testing in tandem with the Pixel 7. The device also includes the latest Android 13 operating system, a Tensor G2 chipset, and better camera performance. So here is our in-depth review.

Similar to its sibling, the Pixel 7 Pro too has an aluminium camera bump that makes it stand out. The phone has a unique camera bar as well as the standard Google logo in the centre. We have the darker colour option, which is a fingerprint magnet, and we had to wipe it clean. So, do keep microfibre cloth handy. If you want to use either of these phones without a case, we recommend going for the lighter colour options. It also boasts polished aluminium sides as opposed to the Pixel 7’s matte aluminium sides. The Pro model has a very good quality and sophisticated appearance. 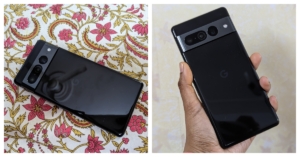 The smartphone has glass rear panels constructed of Gorilla Glass Victus, as well as front-facing displays of the same. The volume controls and power button are on the right, while the SIM tray is on the left frame. 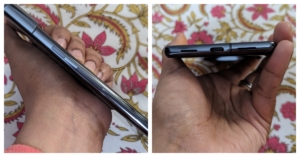 At the bottom is a USB-Type C port, as well as the primary speaker and microphone. The Pro edition, like the standard device, is IP68 water and dustproof, which is a plus.

Another thing that could have been better is the positioning of the power button on top and the volume rocker down on the right-hand side. This resulted in a lot of unintentional button presses when attempting to lock the phone. We understand that you will get used to it with time, but it took us a while to get used to it. 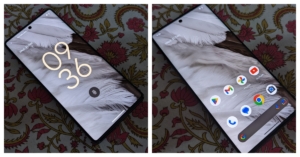 The Pixel 7 Pro sports a 6.7-inch quad-HD+ LTPO OLED display with a refresh rate of up to 120hz. It’s adequately bright outside, and the colours are vibrant. The smartphone’s bezels are incredibly tiny. While the Pixel 7 is more comfortable to carry in our hands, the Pixel 7 Pro is much larger. As a result, we had difficulties reaching the apps located in the screen’s top far corners with one hand. The Pixel 7 Pro’s curved edge display makes it appear and feel more luxurious than the Pixel 7’s flat display.

Regardless of whether we were in Natural or Adaptive mode, we found the display to be a little dull. Simply gazing at it on a daily basis is fine, but when compared to other flagships, this is where you will notice the difference. This could possibly be due to the usage of a first-generation LTPO panel. However, the refresh rate was excellent and fluid, and the display quality for viewing media was satisfactory.

Despite their different prices, the Google Pixel 7 and Pixel 7 Pro both include the new Google Tensor G2 processor. When using the camera or gaming, the gadget heats up somewhat, which is most noticeable near the camera module, but we cannot label it as a heating issue.

If you want to game on your phone, we mentioned that the performance was amazing, but due to the quality of construction and how slippery it was, we would not recommend this phone for long gaming sessions. Workaround is to put a good case on it.

Google Pixel 7 Pro has several improvements, such as Super Intelligent Speech Detection, which we believe is the best. Over that, some software advancements, such as the Photo Unblur, which allows you to unblur hazy images in software optimization, are highly handy. 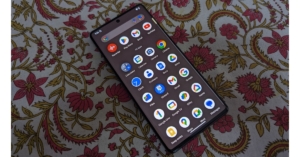 We believe that the clean Android experience outperforms all Android devices, and this is not because Google created Android; rather, Samsung’s One UI is our preferred alternative. However, having Google Home on the menu and selecting basic colour themes based on wallpaper features appear to be simple features, but it’s for this reason we love it.

And knowing that there are three years of software upgrades and additional two years of security updates is a major reason to consider the Pixel 7 Pro.

The cameras on the Pixel 7 Pro are truly incredible. Unlike the Pixel 7, which has a dual rear camera setup, the Google Pixel 7 Pro has a triple camera setup that includes the Pixel 7’s 50-megapixel primary camera, a 12-megapixel ultra-wide-angle camera (with a 126-degree field of view), and a 48-megapixel telephoto (with 5X optical zoom and up to 30X SuperRes Zoom). The selfie camera has a 10.8-megapixel lens, much like the normal model. 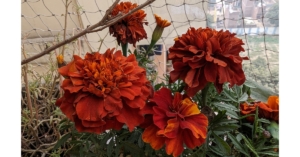 The Pixel 7 Pro’s primary camera produces high-quality, detailed images. The Pixel 7 Pro’s colours are natural in both primary and ultra-wide photos. The pixel-binned 50 MP main camera image looks fantastic. The ultra-wide lenses were fantastic for point-and-shoot photography, but when compared to the S22+, it’s a completely different story.

The Pixel 7 lacks macro capability, but the Pro model includes it, which is appreciated. The macro photographs are detailed and sharp. The best thing is that the Pixel 7 Pro now allows you to snap macro images with Auto Night Sight, albeit you’ll need a tripod or steady hands to get the best results.

In order to compete with the iPhone, Google has introduced a new Motion Photos feature that includes long exposure and Action pan, and both of these modes may be utilised at 2X or 5X zoom. Action blur, as the name implies, adds motion blur to the background.

The Pixel smartphones’ add-on capabilities are highly handy, but in terms of quality, they fall short of Samsung’s incredible camera quality. The image quality isn’t bad, but we’ve also reviewed the Samsung Galaxy S22+, which has great camera performance in this price range.

When it comes to selfies, the Pixel 7 Pro snaps sharper-looking, more detailed selfies. The selfies also have natural-looking colour tones, and the Portrait selfies have perfect edge detection. The low-light photographs reveal the same story: the Pixel 7 Pro excels at reducing noise in images taken in low-light conditions.

Moving on to the video recording, it looked fantastic too, with superb dynamic range and image stabilisation for both the primary and ultra-wide lenses. As previously said, it also has a Cinematic mode, but the major problem we discovered with the Pixel 7 Pro is that it lacks this Cinematic mode on the front camera, which is accessible on both the Samsung S22 Ultra and the iPhone.

Even the cinematic shots made on the S22+ are focused, but Pixel offers better video quality than the slightly over-sharpened video on the S22+. The Pixel also offers front-facing 4K video recording, which is currently only available on Samsung phones. The image stabilisation was also quite good. So, despite this, we believe that the Pixel 7 Pro has a terrific camera if you don’t compare it to other premium smartphones because, ultimately, this is a matter of personal opinion.

The phone’s battery life, which gets us an average of 7 and a half hours of heavy usage thanks to the massive 5,000mah battery, is the ultimate reason why you should probably get it. When it comes to the Pixel’s battery life, this was quite expected. 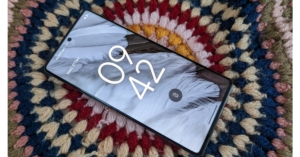 So, in a word, grab the Pixel 7 Pro for the software, battery, gaming, and cameras. However, the phone’s hardware needs a boost While we enjoyed the phone’s haptics and the design looks great and modern, the performance is quite similar to the Pixel 6.

So, now that we’ve laid it all out for you, what do you think about getting the Pixel 7 Pro? Please share your thoughts in the comments box below. Also, see our Pixel 7 review.

- Advertisment -
We recently evaluated the Google Pixel 7, which has excellent photography performance. The smartphone was released alongside the Pixel 7 Pro, which we have been testing in tandem with the Pixel 7. The device also includes the latest Android 13 operating system, a Tensor...Pixel 7 Pro Review: Why you should get the phone