HomeMobilesSamsung Galaxy A30 Review: Premium looks and display come with a long... 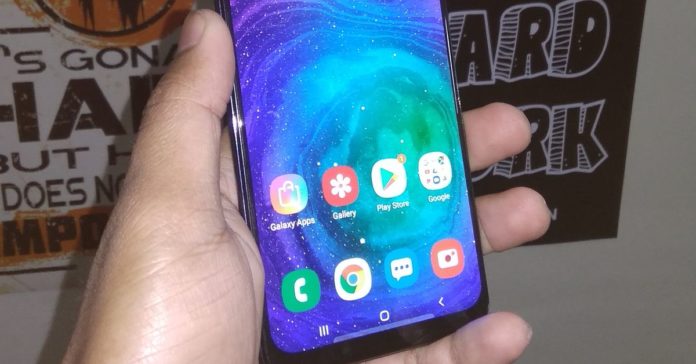 Samsung has rejigged its budget to mid-level of smartphones. While the M series is aimed at the millennials who are on a strict budget, the A series is aimed towards an audience who can spend a little more to get better features. The A series has a lot of smartphones and with the recent launches like the Samsung Galaxy A30 and A50, more smartphones will be added to the series in the coming months.

The first batch of the new A-series includes the Samsung Galaxy A10, Galaxy A30 and the Galaxy A50. All the newly launched Galaxy A-series devices have few things in common, they have a good build quality, they offer good features and they all carry Samsung’s brand with them. We recently reviewed the Samsung Galaxy A50 and now is the turn of Samsung Galaxy A30. The Galaxy A30 falls in middle of the A series and it ticks all the boxes, which makes up for a good budget-friendly smartphone while still being a good performer. But does it fall short on some of the aspects? Read on to find out more:

The front of the Samsung Galaxy A30 packs a huge 6.4-inch Full HD+ (1,080 x 2,130 pixels) resolution Super AMOLED Infinity-U display with 420ppi. The display of the Galaxy A30 is a pleasure to look at, as the colours look rich and vibrant. The screen is almost-bezel less with a slightly thick bezel at the bottom of the device. Thanks to its big display, playing games and watching media is a pleasing experience. The water-drop notch holds the front camera with the device’s earpiece placed right above the camera. As said the display of the device is bright and vibrant, even in sunlight there was no problem looking at its contents and reading the texts.

The Samsung Galaxy A30 comes in three colour options – Red, Black and Blue. We held the Black variant, which looked more like dark grey, but it was pleasing to look at as the light bouncing back from the surface made it look colourful.

At the left, there is the SIM and microSD card tray slot while on the right, there is a power button accompanied with the volume rocker keys. The top part of the device has the secondary noise cancellation hole while the bottom of the device houses the 3.5mm headphone jack, a USB Type-C port and the speaker grille.

The back of the device is a fingerprint magnet and you will find yourself wiping it from time to time. The surface of the Samsung Galaxy A30 is a bit slippery. So, if you are a dropper then our suggestion is to put a cover or a bumper case on it, to grip it better in the process to save it from harsh falls.

Under the hood, the Samsung Galaxy A30 is powered by an octa-core Exynos 7904 and it has Mali-G71 GPU to supply graphics. The device packs 4GB RAM coupled with 64GB storage. The Galaxy A30 also supports microSD card of up to 512GB.  We thoroughly reviewed the mobile and it gave no lags while gaming or during day-to-day operations. The Samsung Galaxy A30 scores a 105364 in the AnTuTu benchmarks while on Geekbench the device scored 1315 on single-core and 4087 on multi-core.

The transitions between the apps was smooth. Multi-tasking too worked really well on most occasions in this device, but when many tabs of Google Chrome were open or when more applications were kept running in the background the device lagged a little. But it should be noted that we tested the device to the harshest of conditions, so under normal usage the device should not give its users any problems.

Talking about the camera of the device, the Samsung Galaxy A30 packs a dual-rear camera setup at the back, which comprises of a 16MP primary camera with f/1.7 aperture paired with a 5MP ultra-wide sensor with f/2.2 aperture. At the front there is a 16MP selfie camera with no flash. The cameras support 4K image capture and full HD video recording.

We were hoping that these cameras do well in low-light photography, but we found out that when clicking in dim-light, the image seemed to suffer from a bit of noise and a little bit of blur. To reduce this, our recommendation is to turn on the flash light. On the brighter side,  the day-light photography was good, but the images were a little on the warmer side. You might want to experiment with the modes a little to extract the best shots. Talking about which, there are a lot of shooting modes to chose from for each type of scene. The live-focus function of the camera was useful and it worked fine as did the scene detection mode.

The Samsung Galaxy A30 packs a 4,000mAh battery and comes with a USB Type-C charger with fast charging support. The charging time from 0% to 100% took around 2 hours and it lasted a whole day under nominal usage with battery left to spare at the end of the day. But with heavy usage like gaming, 4K video watching et al under stress-test conditions, the device was able to give a little over 8 hours on a single charge.

Being a mid-range smartphone, the Samsung Galaxy A30 is able to provide decent gaming performance under medium settings. Heavy-end graphic intensive games like PUBG and Asphalt 9 were smooth in the recommended settings with next to none frame drops and lag. 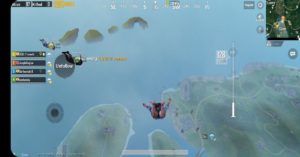 For security, the device offers fingerprint scanner, face unlock, PIN, password and pattern. The face unlock feature worked quick in day-time but in low-light conditions it took a while to unlock. Similar is the fingerprint scanner, when we tried with dry fingers it worked fine and unlocked quickly, but when trying with moist finger we did notice it took a while to open the device as it didn’t register our fingerprint instantly. So, you might want to keep the scanner and your fingers dry when unlocking the device.

The Samsung Galaxy A30 runs Android 9.0 Pie skinned with Samsung’s One UI, which is a welcome change than the old Samsung UI. The One UI feels decluttered, smooth and free from bloatware. Although not as good as stock Android, but it gets the job done. In the sound department, the Galaxy A30 passes with really good marks, as its bottom firing speaker is loud and clear. The device also comes with Dolby Atmos Audio support, but it only works with a supported pair of headphones. We tested the Dolby Atmos with headphones and needless to say it passed with flying colours. The bass was good and the treble was clear, overall sound quality of the supplied headphones is great.

The Samsung Galaxy A30 comes with Dual 4G (Nano + Nano) support with a dedicated microSD card. So, two SIMs along with a microSD card can be used at the same time. The device comes with all the necessary sensors such as proximity, light, accelerometer and gyroscope.

The Samsung Galaxy A30 is a good offering from the South Korean tech giant where it combines mid-range performance with a premium build quality. The Galaxy A30 gives the same vibes the top-end Samsung devices gives with its build and design. Even though it is tall it is comfortable to hold but one-hand use is hard unless you have big hands.

Media consumption and web surfing on the device is good. But it still lacks on certain aspects such as camera performance as Samsung has used the same chipset as the Galaxy M20, which is priced much lesser than the Galaxy A30. Even the Galaxy M30 uses the same processor but the camera quality of the Galaxy M30 seems to be a little better than Galaxy A30.

Saying that, the M30 does not give you the premium looks and Android 9 experience that comes in A30. . If you want classy design, good battery life, latest OS, out of this world touchscreen (under Rs 17,000) you can go for the Samsung Galaxy A50 without a doubt.

Camera quality could have been better

- Advertisment -
Samsung has rejigged its budget to mid-level of smartphones. While the M series is aimed at the millennials who are on a strict budget, the A series is aimed towards an audience who can spend a little more to get better features. The A...Aman SinghSamsung Galaxy A30 Review: Premium looks and display come with a long battery life