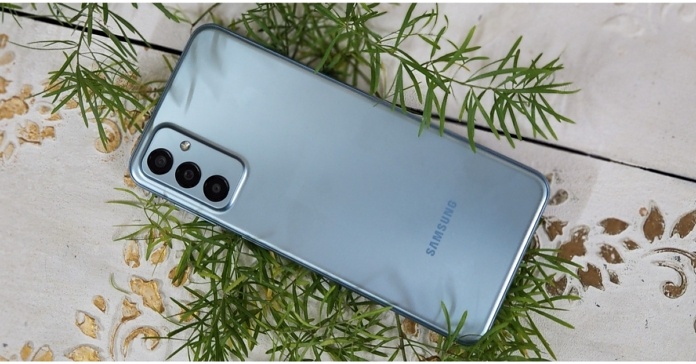 The Samsung Galaxy F22 was a respectable product from the South Korean company last year, and now the Galaxy F23 5G is its successor. It was launched in India as part of the company’s F-series of smartphones. This mobile has a Snapdragon 750G processor, a TFT LCD 120Hz screen, and a 5,000mAh battery with support for 25-watt rapid charging. In this review, we’ll see if the Samsung Galaxy F23 is a good value for money under Rs 20,000.

Starting with the design, Samsung has mastered the phone’s unique style for the most part, and we are particularly fond of the Forest Green colour variant we have. The corporation did not overdo it with the camera island. The phone’s display is protected by Gorilla Glass 5, but that’s it. There is no official IP classification, and the SIM slot, which accommodates two SIM cards and a microSD card, lacks a rubber gasket. Regardless, we like how the Galaxy F23 5G is lighter and smaller. As a result, carrying it about in your pocket will be a breeze. 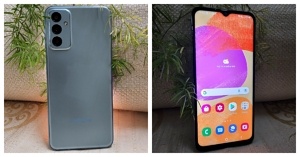 Samsung is also staying with curved frames in this field, while other brands have begun to dabble with flat edges. The curved edges, on the other hand, appealed to us more. The fingerprint scanner is exactly where we want it to be, and it is also, for the most part, fast and accurate. Similarly, all of the ports are located on the bottom frame, including a 3.5mm headphone jack, a USB Type-C port, and a single downward-firing speaker. We were anticipating stereo speakers on the Galaxy F23 5G, as amazing as they sound, given how ubiquitous stereo speakers are in this price bracket. 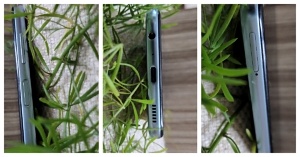 Another shortcoming with the Galaxy F23 5G is its TFT LCD display, which we are split on. Given that the SAMOLED display was one of the best features of the Galaxy F22, Samsung’s decision to switch to an LCD panel is not what we had expected. The firm should, in our opinion, have included a 90Hz FHD AMOLED display.

Sure, the 120Hz refresh rate feels fluid, and it hasn’t caused us any jitters during testing, but if it had been an AMOLED panel instead, we wouldn’t have had a problem with a little lower refresh rate. That being said, we don’t believe it’s as bad as the TFT moniker suggests. 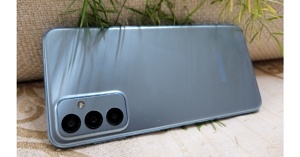 Obviously, the colours don’t match those of an AMOLED screen, and the blacks appear less dark. But this is true of any LCD panel, even the IPS panel that many believe Samsung should have chosen. The display offers a broader field of view, brighter content, and improved image quality.

On this phone, we had no issues streaming Netflix and Prime video material. On both of them, HD playback is supported, however, there is no support for HDR. Outside visibility is just average, viewing this screen in direct sunlight would be difficult if not kept at peak brightness.

So, let’s speak about the performance now. Samsung has chosen the Qualcomm Snapdragon 750G octa-core SoC, which comes with up to 6GB of RAM and 128GB of internal storage. Because this chipset is well-developed and optimised for games, you can run the most prominent titles at their top settings; however, for stable gameplay, you’ll want to crank down the settings. Call of Duty Mobile, for example, with high visuals and high frame rates are the most optimal settings, you cannot go beyond. The phone warmed up quickly around the camera bump when gaming for long periods. But it cools down instantly when the game is shut down.

The Galaxy F23, like many other new Galaxy phones, comes pre-installed with Android 12 and One UI 4.1. Samsung even guarantees software upgrades for two years and security patches for three years. Unlike its predecessor, which just ran the Core edition, this one has a full UI. As much as we like the Samsung custom skin, the phone’s bloatware problem is a bit frustrating. Thankfully the extra apps can be removed. 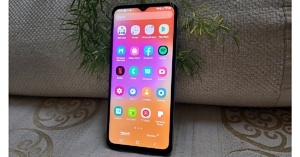 Let’s jump right into the cameras now. According to our findings, the Samsung Galaxy F23 5G is one of the greatest camera configurations in this price range. A 50-megapixel Samsung ISOCELL JN1 main sensor with an f/1.8 aperture is included in the Samsung Galaxy F23 5G’s triple rear camera configuration. The camera also includes an 8-megapixel ultra-wide lens and a 2-megapixel macro sensor. For selfies and video chats, the phone sports an 8-megapixel selfie camera sensor on the front.

Though there’s nothing particularly noteworthy about it, the image signal processor and colour optimisation elevate it to a level that we found very appealing. In general, the photos taken with the Galaxy F23 5G have good colours, contrast, and dynamic range. Similarly, auto HDR worked flawlessly for us, and there was no noticeable colour change when shifting from the primary to the ultrawide angle camera. The dynamic range of the extreme wide-angle photos was rather good. Portrait background separation is also good, albeit the subjects appear to be warm.

When it comes to nighttime shots, the device produces dark, grainy images that try to mimic natural colours as closely as possible. While using night mode brightens the images, it does not always increase noise and detail levels. Although selfies have a faint reddish tint, dynamic range is hit or miss.

The rear cameras can record footage in 4K at 30 frames per second. The videos are usually more stable in most circumstances. Here, the selfie films are 1080p @ 30fps and cropped inside the frame with a blue hue.

In terms of battery life, the phone easily lasted over a day when used normally, which included navigating through social networking apps, watching videos, and taking photos. However, due to the power-hungry 120Hz refresh rate but with an LCD panel, battery life is far better than we anticipated. When recreational gaming was thrown into the mix, we frequently found ourselves reaching for the charger at the end of the day. The 5,000mAh battery in the F23 took an hour and thirty minutes to charge using the 25W charger.

The smartphone is priced at Rs 17,499, making it the company’s first phone without a charger in this price range. Because a 25W brick must be purchased separately, the 17,499 price tag is a bit of a ruse.

To sum up this review, the Samsung Galaxy F23 5G is a good smartphone for the money. The camera, design, and general performance are all excellent. In the mid-range sector, Samsung’s software optimization is also unrivalled. So if these are your top priorities, it is unquestionably an excellent choice for you; however, if you watch a lot of movies, you may want to consider other smartphones that feature a high-quality AMOLED screen and quick charging with a charger included in the box.

- Advertisment -
The Samsung Galaxy F22 was a respectable product from the South Korean company last year, and now the Galaxy F23 5G is its successor. It was launched in India as part of the company's F-series of smartphones. This mobile has a Snapdragon 750G processor,...Samsung Galaxy F23 5G Review: A standout performer