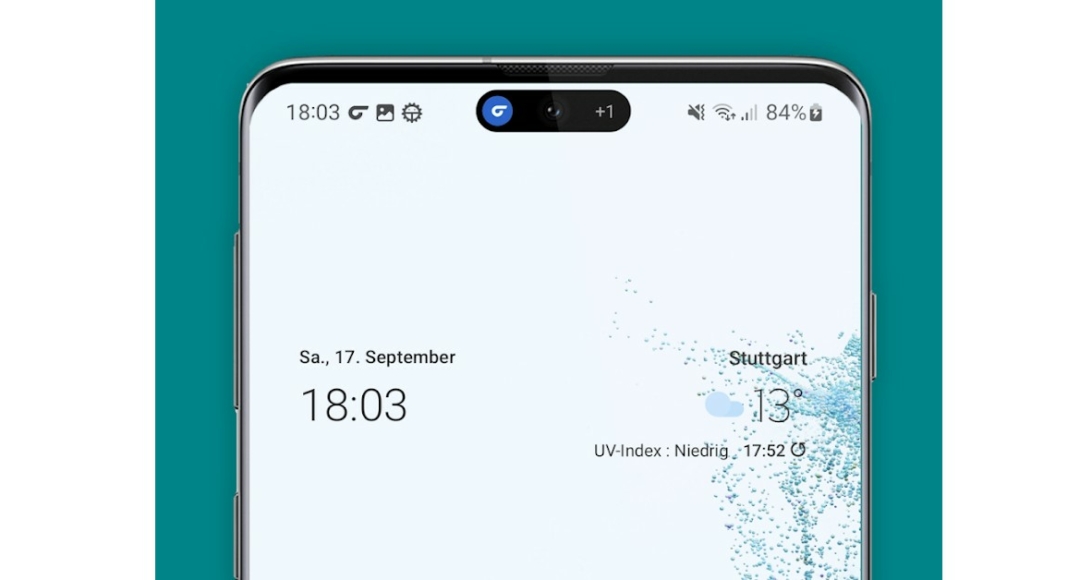 While there has been a mixed response to Apple’s new line of the iPhone series, most users seem to unanimously agree that ‘Dynamic Island’ is a fun new addition to the iPhone experience. The ‘Dynamic Island’ makes creative use of the pill-shaped cutout notch on the display, turning it into a notification bar that you can use to control apps and system functions. The notch has come under a lot of scrutiny in the past, but ‘Dynamic Island’ seems to have deflected that criticism quite a bit.

Now that this new feature is gathering headlines and generating quite a buzz, Android users can’t help but feel they’re missing out on something fun. Since ‘Dynamic Island’ is nothing but a tiny bit of software, it didn’t take long for app developers to come up with something similar for Android smartphones. In this article, we show you how you can get ‘Dynamic Island’ on your Android smartphone. 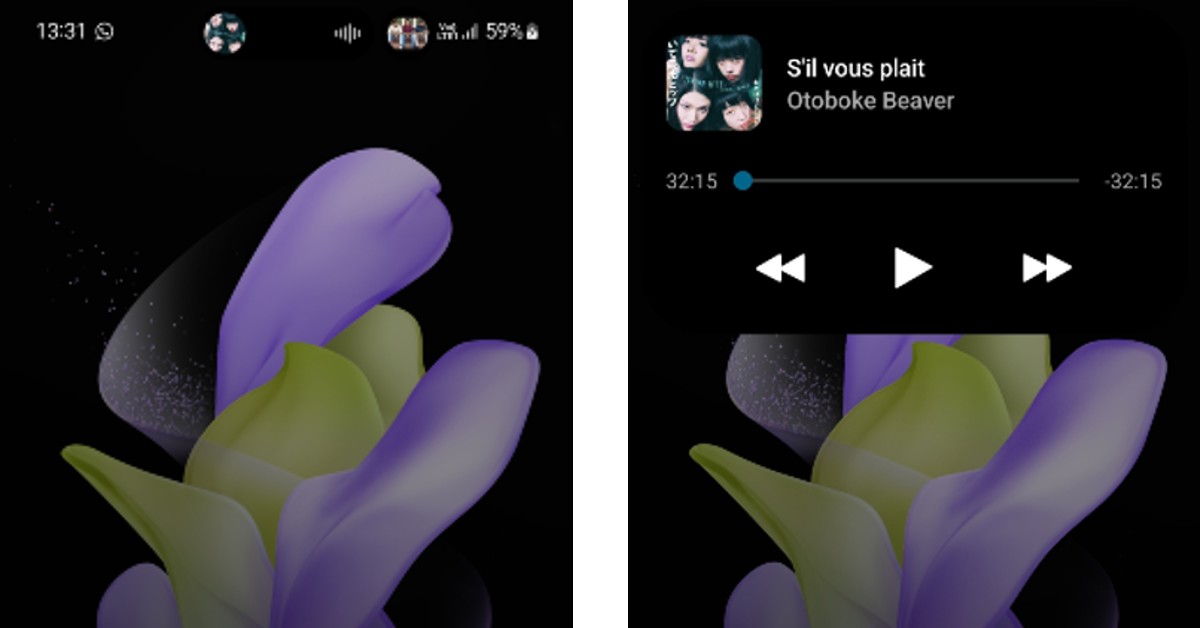 Step 2: Open the app and select which apps can activate the dynamic island popup. 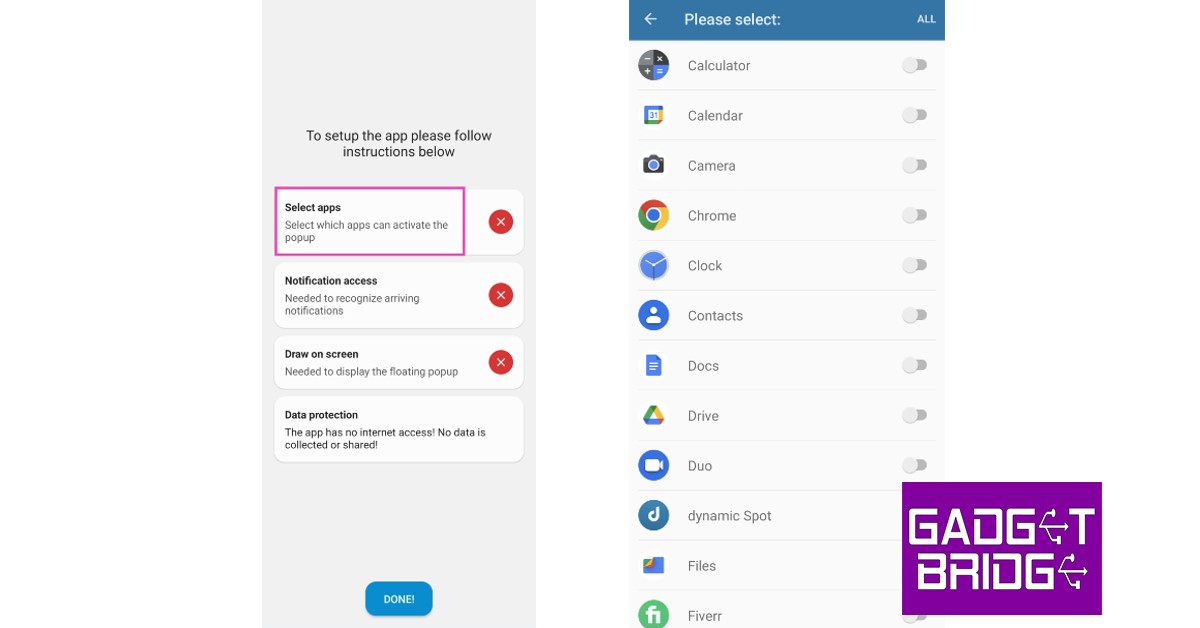 Step 3: Next, you need to give dyanicSpot notification access on your phone. Tap on the ‘Notification Access’ option and scroll down and turn the toggle bar on for dynamicSpot. 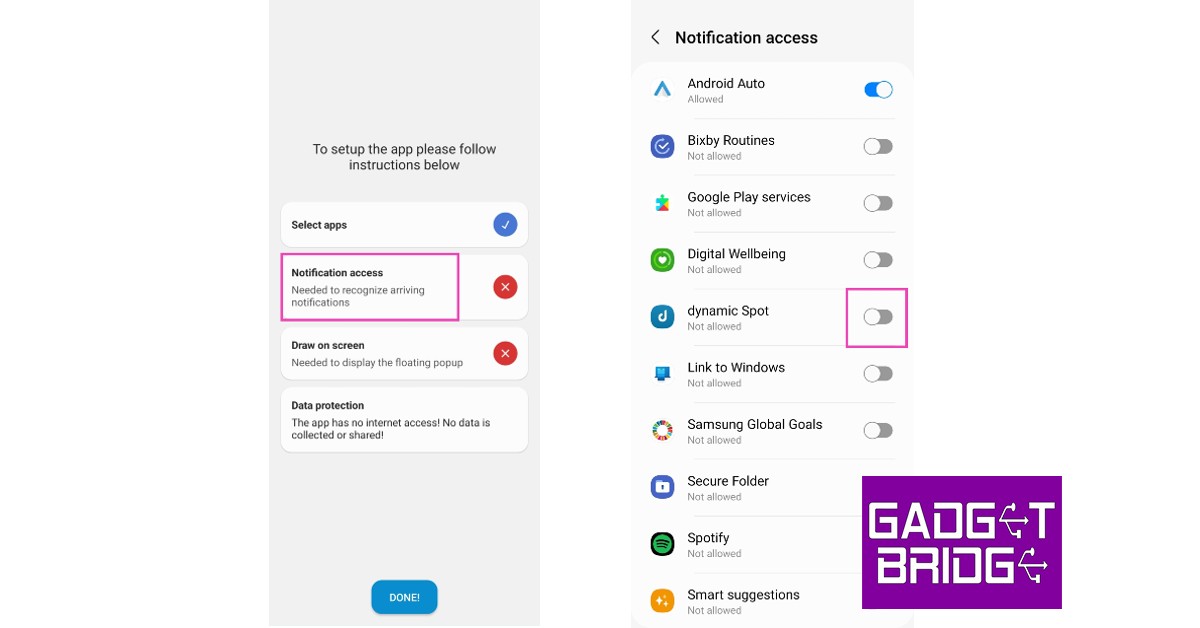 Step 4: Lastly, you need to give the dynamicSpot app permission to draw over other apps on the screen. This is essential since the spot will always be active around the camera cutout on the display. Tap on ‘Draw on screen’ and go to Installed apps>dynamicSpot. Turn on the toggle bar. 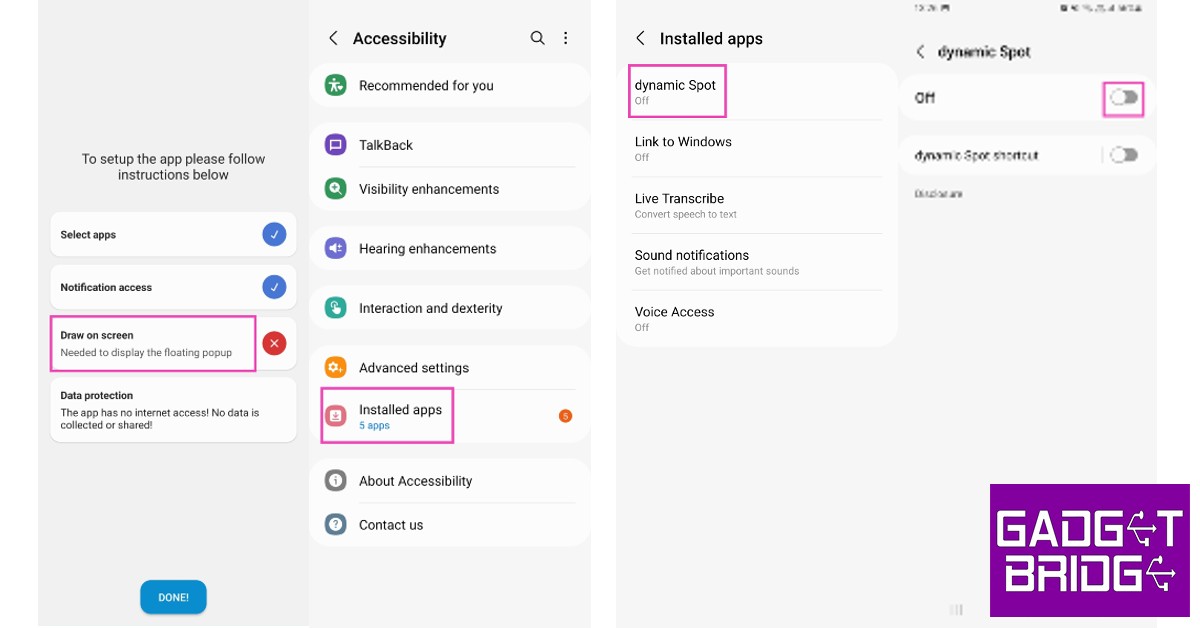 Step 5: Tap on ‘Done’ and select the play icon at the top left corner of the screen to activate the dynamic island on your Android smartphone. 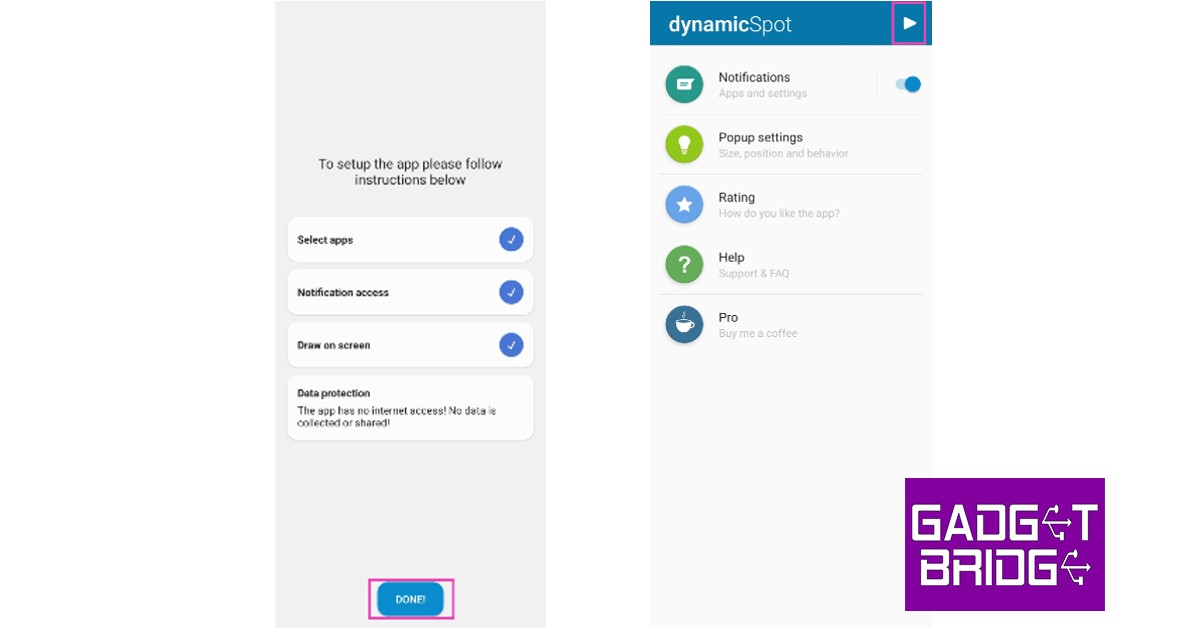 Step 6: Select ‘Pop Up Settings’ and turn on the toggle bar for ‘Allow two popups’. 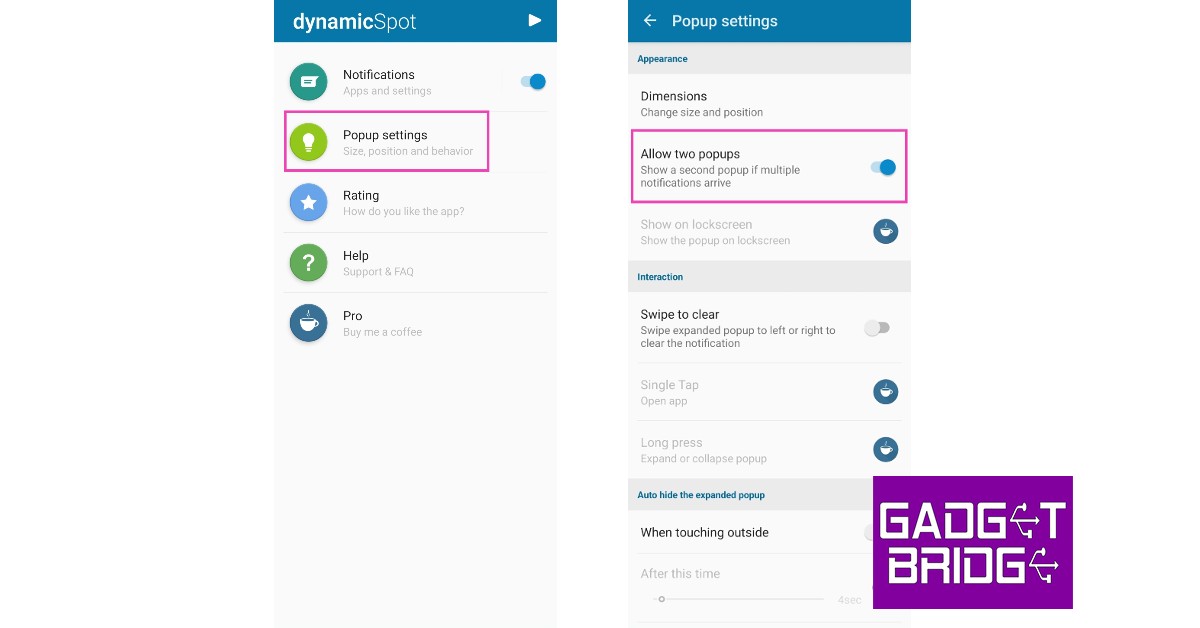 The developers of dynamicSpot have made it clear that the app does not collect or share any user data. But the app can read your notifications, including information like contacts, messages, and photos. It can also read all content on the screen and track your interactions with an app or a hardware sensor.

This is how you can get the Dynamic Island on your Android smartphone. Since the dynamicSpot app is still in its infancy, it will take a few updates to incorporate all the extended functions into the area surrounding the cutout. For instance, we noticed that the notification area around the notch does not include the alarm notification, camera and microphone indicators, and a few more system functions. But for the most part, it mimics the Dynamic Island pretty well. Let us know what you think of the app in the comments!