HomeOther TechAppsHow to Block, Unblock or Mute Someone on Twitter?

How to Block, Unblock or Mute Someone on Twitter?

Get away from the toxicity on Twitter. Block or mute your source of pain and continue tweeting peacefully. 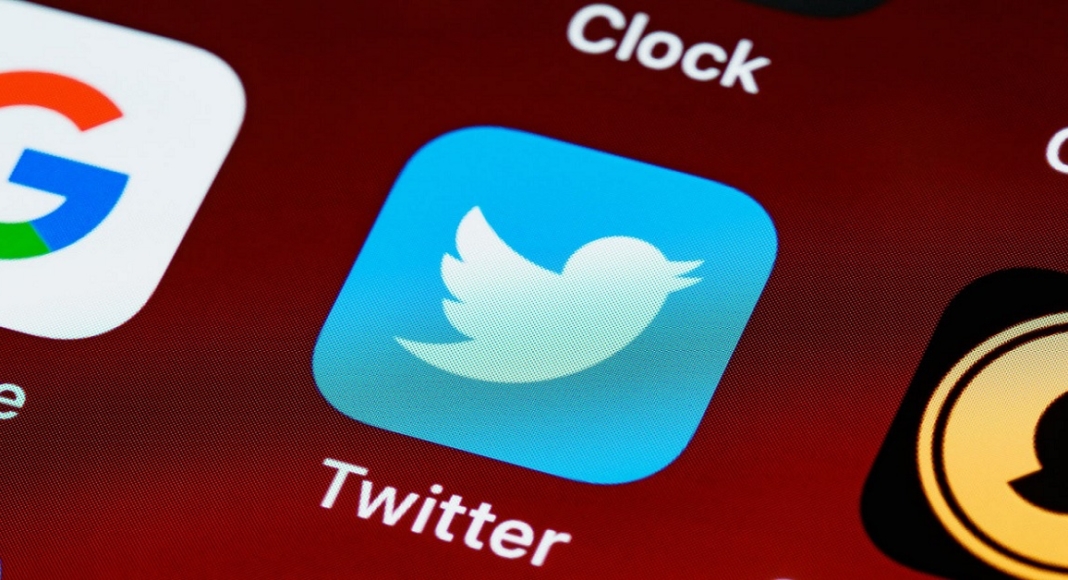 Aren’t you already well aware of the much toxicity social media platforms like Twitter can spread today? Twitter is said to be one of the most powerful social media platforms in the entire world. But with great power comes great responsibility as well, right? But the misuse of power just happens to tumble down automatically to one’s feet, no? However, you can easily do away with any such source of trouble that may be annoying you lately on Twitter. Blocking and muting are features offered by Twitter for you to control your interactions with other accounts. In order to guide you with the process, we have provided below the steps with pictorial demonstrations on how to block, unblock or mute someone on Twitter.

When you block someone on Twitter, they will no longer be able to follow you, message you, view your Tweets or tag you in photos, and you will no longer see notifications from them. But in case you just want to remove their tweets from your timeline without blocking them completely, the mute option is for you. The mute option on Twitter is just like the ‘take a break’ option used in Facebook for the same purpose. Moreover, Twitter also allows you to mute words and notifications which you don’t want to see in your timeline.

However, one of the points to be noted is that if you block someone on Twitter whom you are currently following, it will cause you to unfollow that account and them to unfollow yours. Another noteworthy point to keep in mind before blocking someone on Twitter is that if the blocked person chooses to report your account, any of your Tweets directly mentioning them will be available for them to view and attach during the reporting process. Hence, it is very important to have full knowledge of the functionality of these tools before using them.

For blocking or muting someone on Twitter, there are two methods.

Step 1: Open the Twitter application on your smartphone, visit the person’s profile, and click on the 3 dots on the top right corner of the interface, as highlighted below. 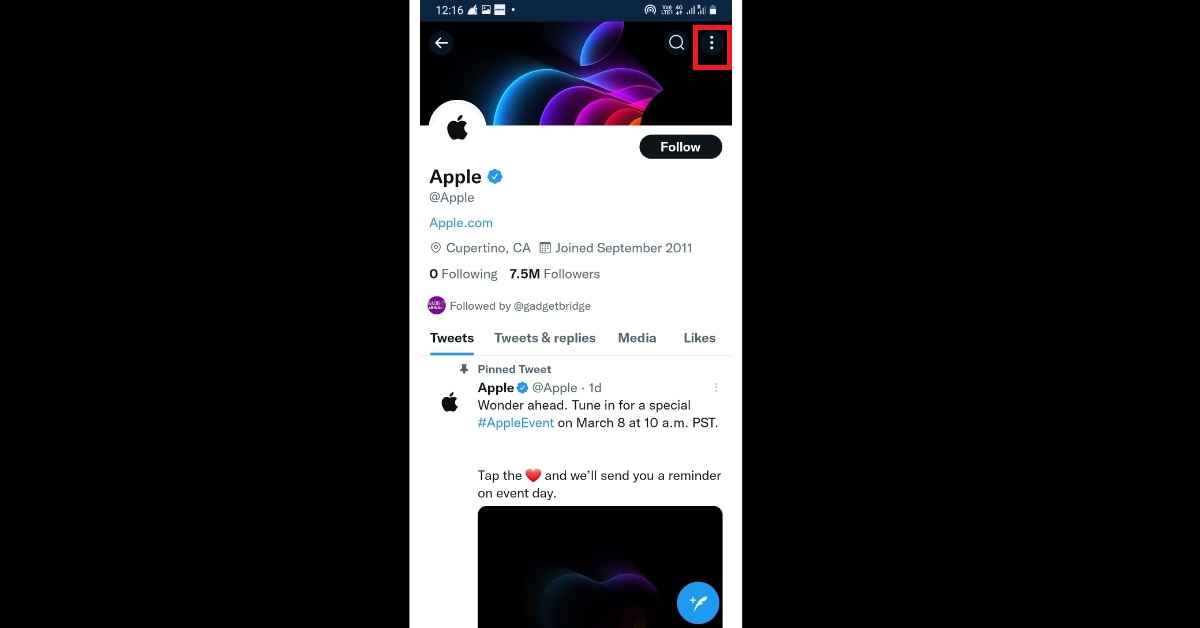 Step 2: Click on the Block or the Mute option as per your requirement, confirm your action, and that’s it! The Twitter account of that person will get blocked or muted accordingly. 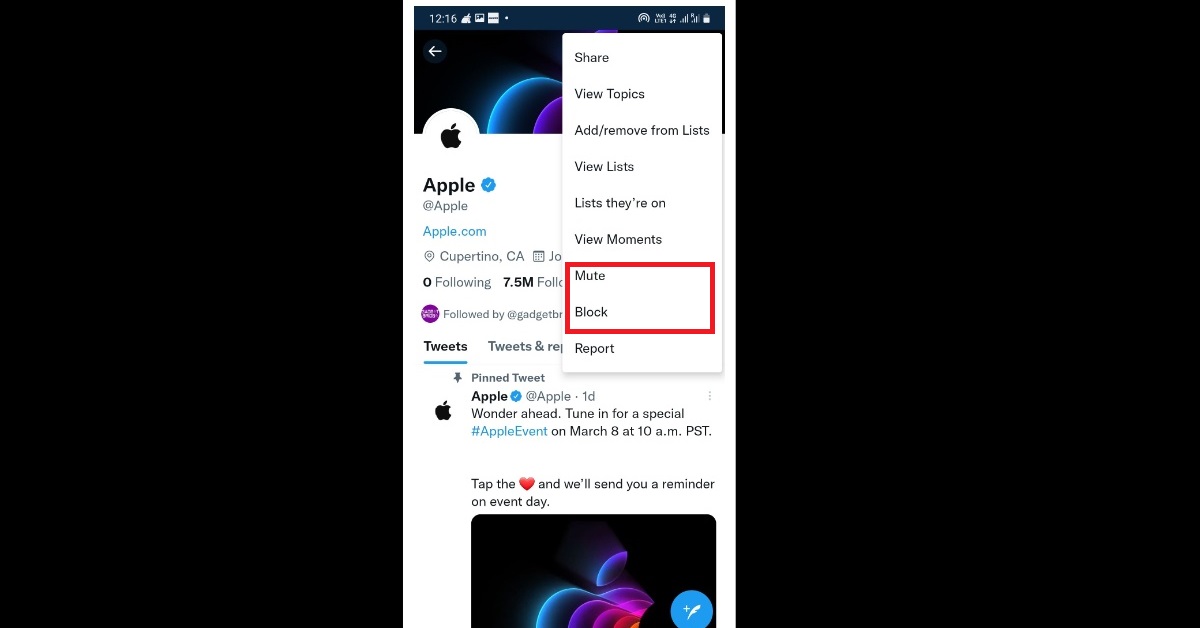 You can also directly click on the 3 dots on the top right corner of that person’s tweet in your timeline instead of visiting their profile, and then select the Block or the Mute option accordingly. One more thing to note is that after you block someone on Twitter, you won’t be able to see their account even from the search bar. Hence, in case you decide to unblock them, you would have to do so from the Settings option in your profile. 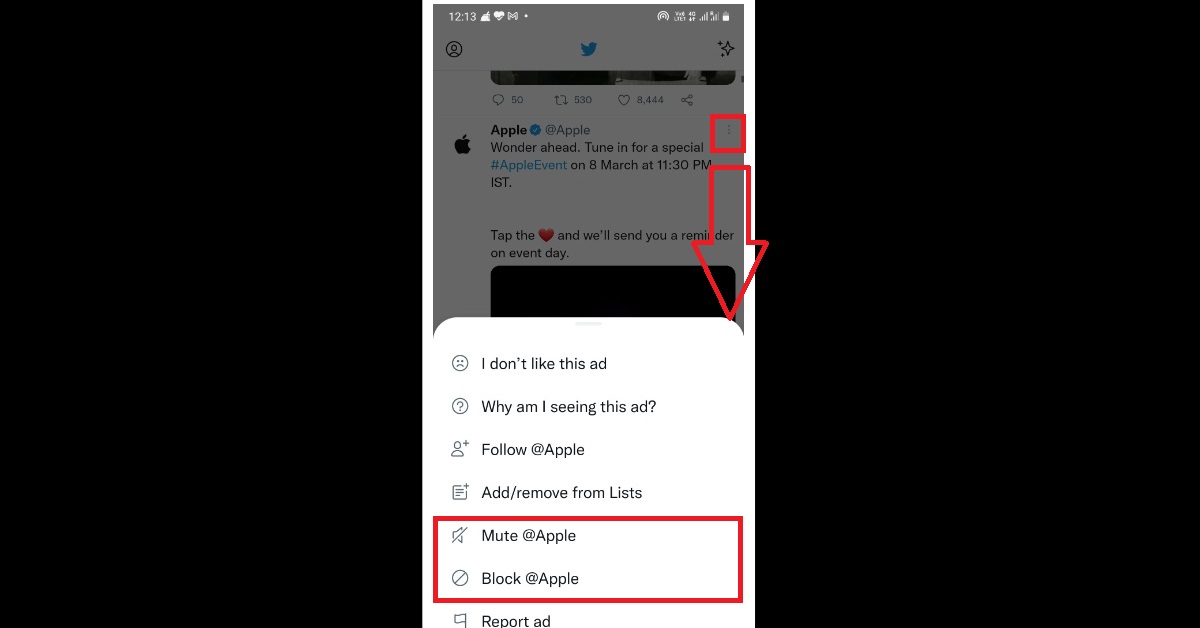 Step 1: Click on the Profile icon on the top left corner of the Twitter interface as highlighted below. 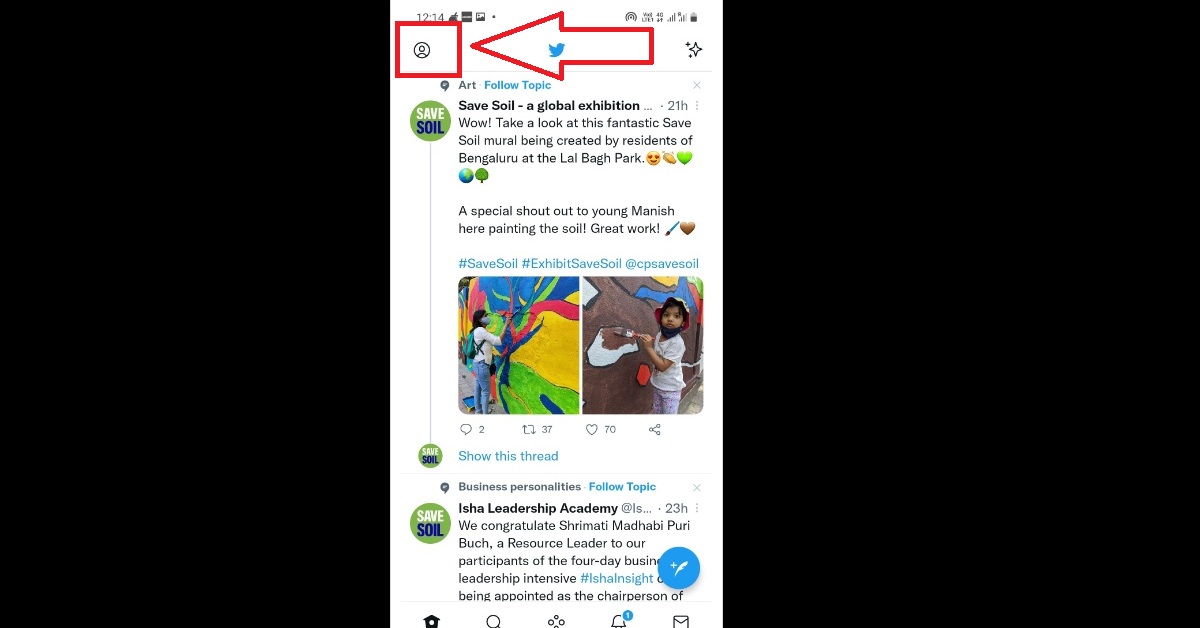 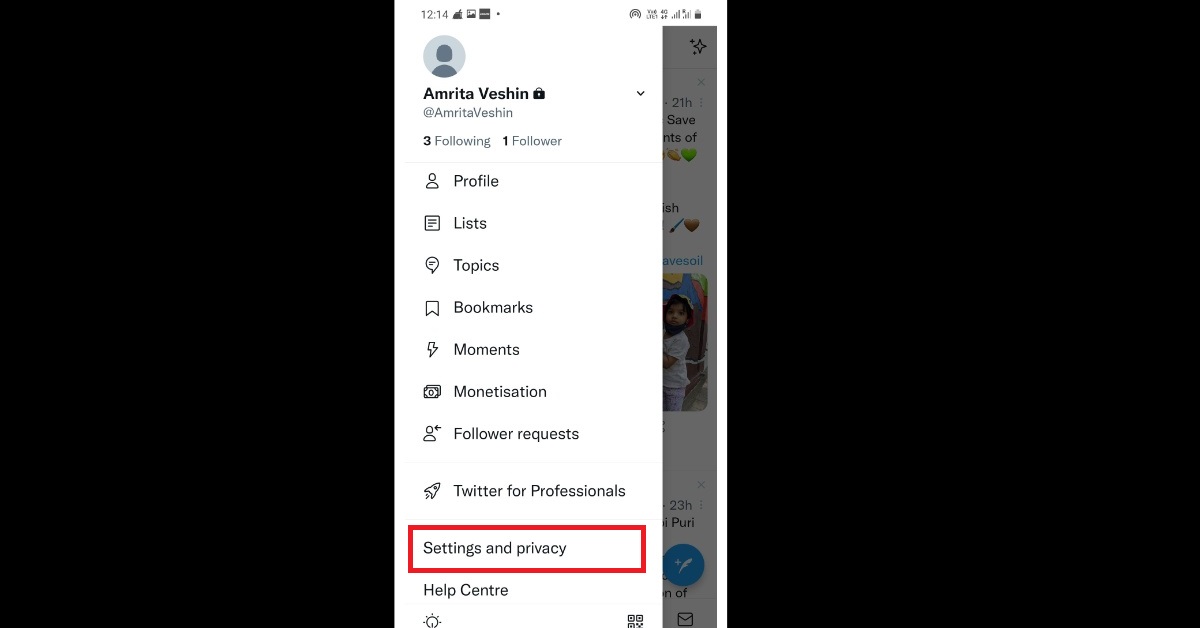 Read also: To combat the spread of misinformation, Twitter expands the feature to flag a misleading Tweet

Step 3: Select the Privacy and safety option from the Settings window. 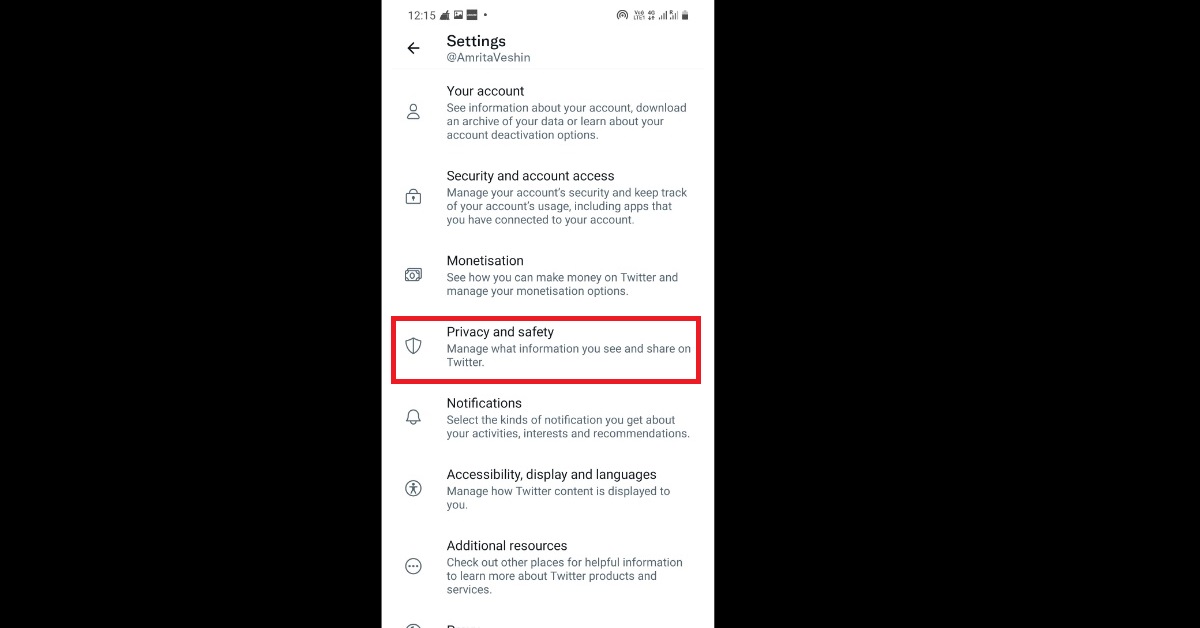 Step 4: Select the Mute and block option within the Privacy and safety window. 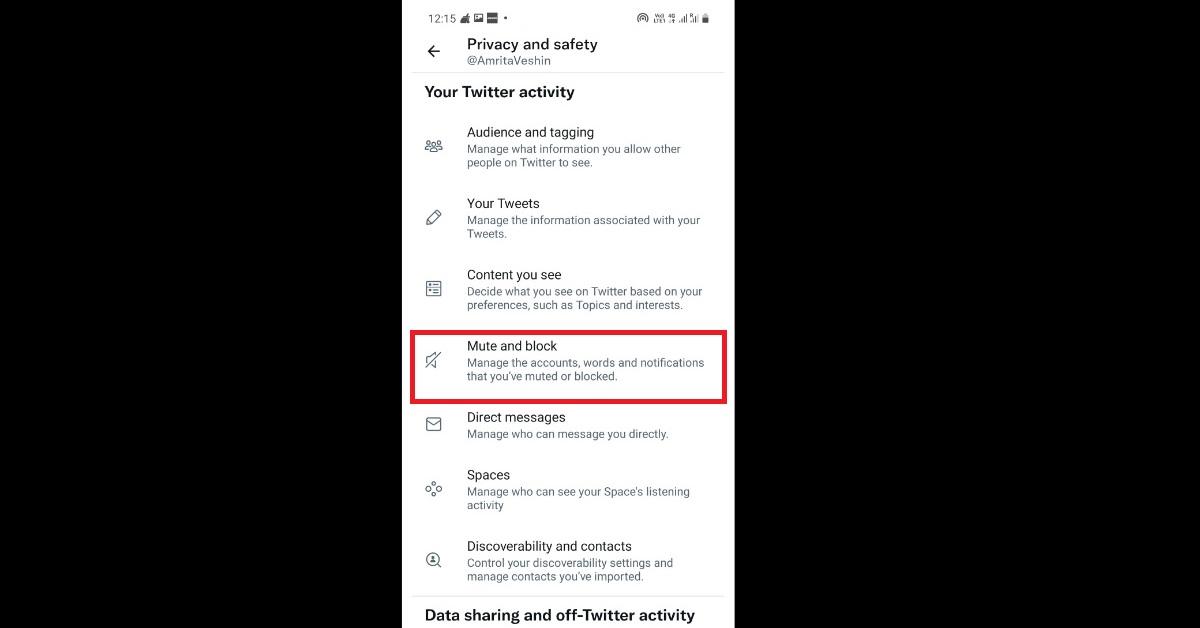 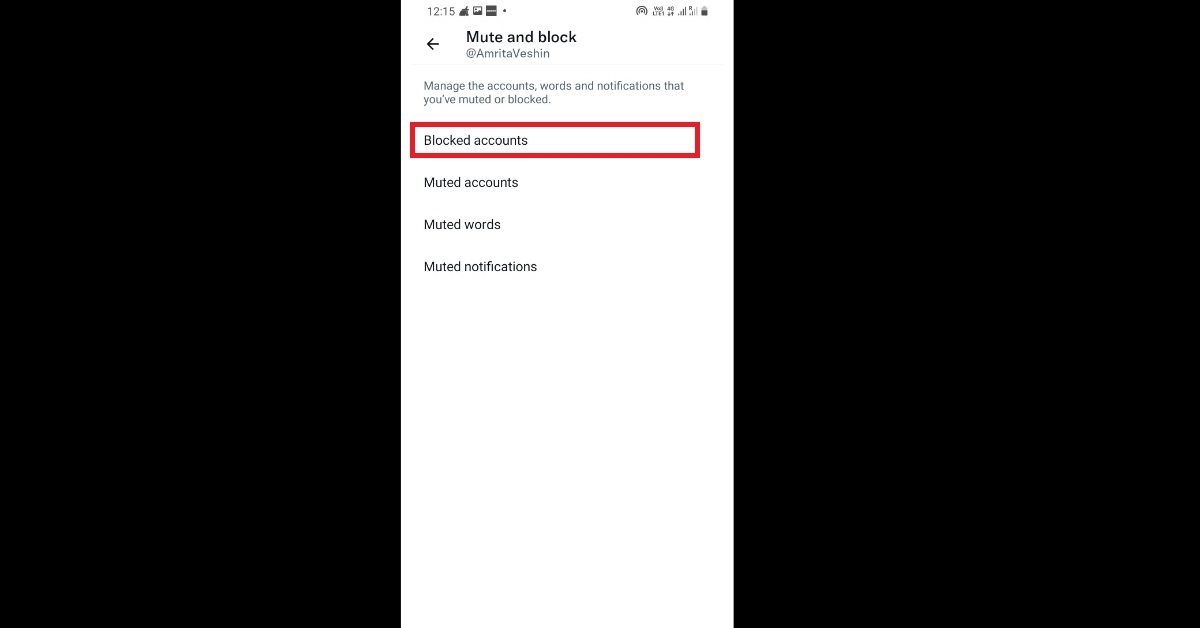 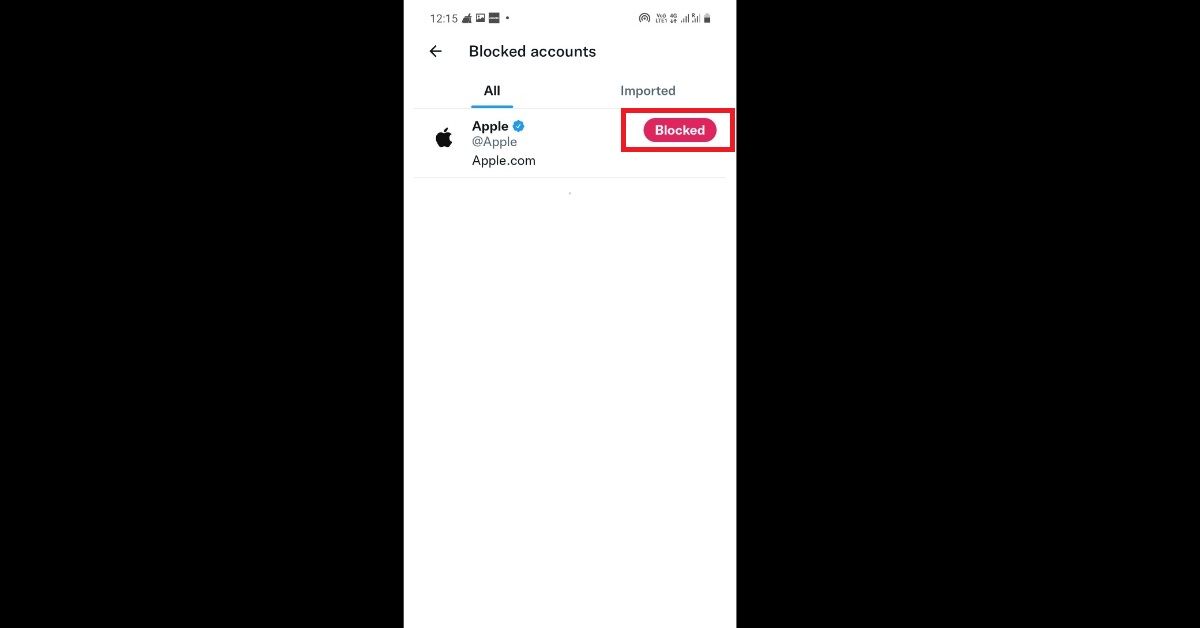 So those were the steps on how to block/unblock or mute/unmute someone on Twitter. In case you find any other ways or means to block, unblock or mute a Twitter account, do let us know in the comments section below. Happy Tweeting!