The phone went on sale in India today. 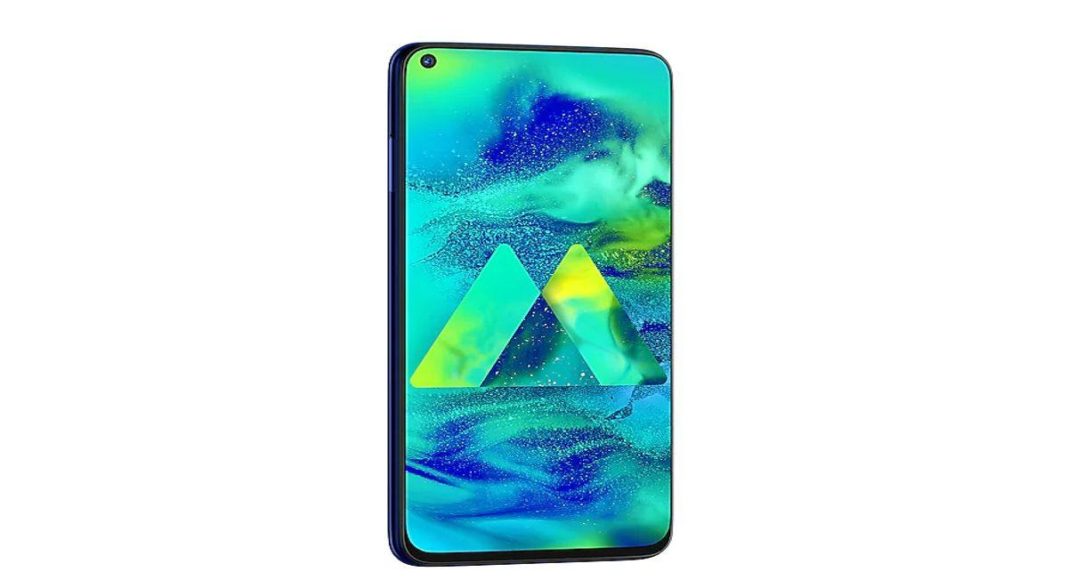 The Samsung Galaxy M40comes with features like, a full HD+ display that has great sound support, triple rear camera setup and a selfie camera that is embedded within its screen like a punch hole.

The device also sports Screen Sound Technology, which produces sound through vibrations on the display. The device also consists of a 360-degree surround sound along with Dolby Atmos.

After buying, the Samsung Galaxy M40 buyers will get the update as the foremost thing on the smartphone. The update is supposed to bring few enhancements to the device and bug fixes, too. The Samsung Galaxy M40 carries the version number M405DDU1ASF2/ M405FODM1ASF4/ M405FDDU1ASEB and 152.36 MB in size will include May 2019 Android Security patch as well.

As we mentioned earlier, the handset has gone on sale in India today. Here’s everything that you need to know about it:

The Samsung Galaxy M40 is priced at Rs 19,999, which will be available in Midnight blue and Seawater Blue colors. The buyers can get this device from Amazon India and Samsung India online stores.

If you are an interested buyer, we should tell you about the launch offers that can be availed with the smartphone. Reliance Jio will be providing double benefits to buyers with Rs 198 and Rs 299 prepaid plans. A cashback of Rs 3,750 will be benefited to the Vodafone and Idea buyers on getting a recharge of Rs 255 with additional 0.50GB data per day for up to 18 months.

Samsung Galaxy M40 smartphone has a 6.3-inch Full HD+ (2,340 x 1,080 pixels) Infinity-O display and it is powered by octa-core Qualcomm’s Snapdragon 675 SoC paired Adreno 612 GPU. The smartphone comes with 6GB of RAM and 128GB of internal storage and as per the requirement, the user can install a microSD card of up to 512GB. The device runs Android 9 Pie skinned with One UI and it houses a 3,500mAh battery, which supports 15W fast charging.

As far as the cameras are concerned the Samsung Galaxy M40 features a triple-rear camera setup that consists of a 32MP main sensor, an 8MP ultra-wide-lens, and 5MP depth sensor. It sports a 16MP camera on the front in a punch hole setup with f/2.0 aperture

Komila Singhhttp://www.gadgetbridge.com
Komila is one of the most spirited tech writers at Gadget Bridge. Always up for a new challenge, she is an expert at dissecting technology and getting to its core. She loves to tinker with new mobile phones, tablets and headphones.
Facebook
Twitter
WhatsApp
Linkedin
ReddIt
Email
Previous articleNubia to launch a 5G-enabled gaming smartphone in India in 2020: Report
Next articleAirtel India becomes the first telco to roll out 4G network in Lakshadweep Islands