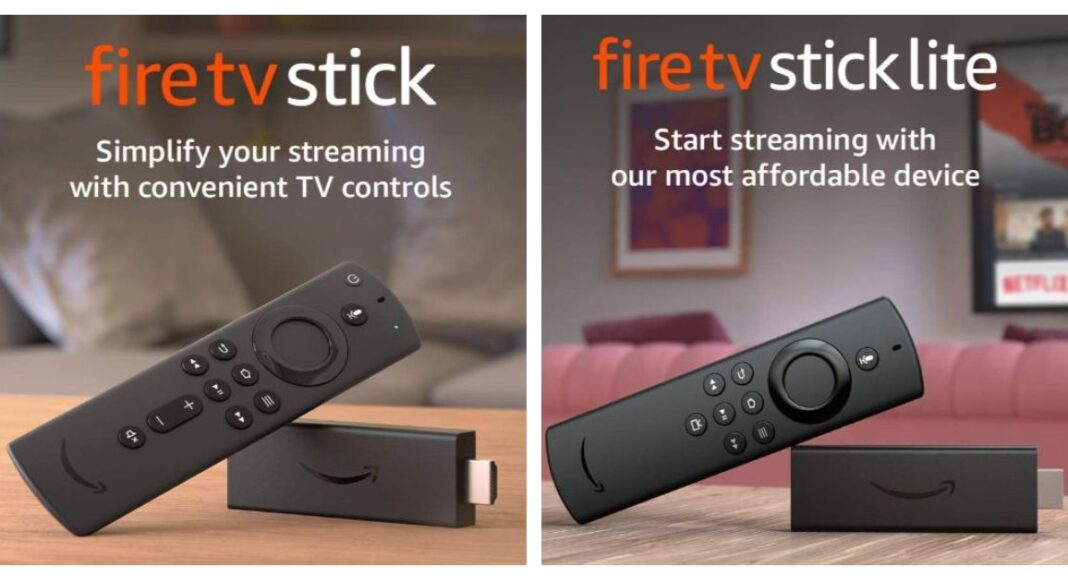 Amazon has announced the launch of a slew of its next-generation products in the market which includes Echo devices, Luna cloud gaming service and more. Apart from these devices the company has also introduced two new Amazon Fire TV devices Fire TV stick which is a successor to the TV stick and a new Fire TV Stick Lite for a more personal and customised TV experience.

“We are passionate about inventing on behalf of our customers to make it even easier to enjoy the best in entertainment,” said Marc Whitten, Vice President, Amazon Entertainment Devices and Services. “With a redesigned Fire TV experience tailored to each user, it’s even simpler to stream your favourite shows with our more powerful, next-generation Fire TV Stick and our even more affordable Fire TV Stick Lite.”

The new Fire TV Stick is an update to the existing Fire TV Stick that now comes with a 1.7 GHz quad-core processor that is 50% more powerful than the predecessor. Though it is limited to 1080p at 60fps with HDR compatibility. For better connectivity the Fire Stick supports dual-band, dual-antenna wifi supports 5 GHz networks. In addition to this, it also features Dolby Atmos for immersive sound with compatible content and speakers, and an Alexa Voice Remote with dedicated power, volume, and mute buttons for easy control of TVs, soundbars, and A/V receivers. The company claims that it now consumes 50% less power than the previous generation.

The Fire TV Stick Lite is similar to the standard variant but at an affordable price. It has all the similar features to the Fire TV Stick It features HDR support with a new Alexa Voice Remote Lite that allows you to use voice to find, launch, and control content. It comes with improved voice controls. Just say, “Alexa, go to Live,” to jump to the Live TV guide, or say, “Alexa, go to Find,” to browse shows.

The Fire TV now offers support for up to six members of a household, providing individual content recommendations, viewing history, watch lists, preferred settings, and more. Also, one can easily change the user profile by saying “Alexa, switch to my profile.” After the initial setup, Alexa will automatically recognize the voice and switch to your profile.

According to the company, the redesigned Fire TV experience will be rolled out later this year starting with the all-new Fire TV Stick and Fire TV Stick Lite.

Komila Singhhttp://www.gadgetbridge.com
Komila is one of the most spirited tech writers at Gadget Bridge. Always up for a new challenge, she is an expert at dissecting technology and getting to its core. She loves to tinker with new mobile phones, tablets and headphones.
Facebook
Twitter
WhatsApp
Linkedin
ReddIt
Email
Previous article
New Amazon Echo Echo Dot, Echo Dot and Echo Show 10 and more launched
Next article
Samsung launched its new line-up of AI-powered AI Washing Machines and Washer Dryer