Apple iPhone 12 series to launch today. Here is what you can expect from today’s launch event

How to watch the iPhone launch event live 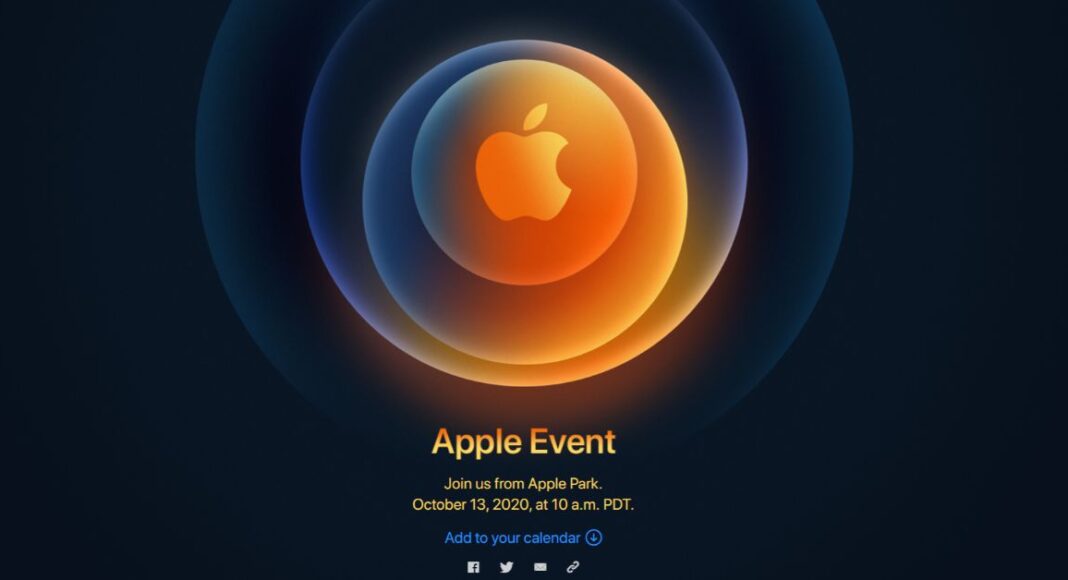 Finally, the day has arrived when the Tech giant Apple is going to take the wraps of the most anticipated devices iPhone 12 Series. The device will make its debut after a month when the company introduces its latest iPad as well as Apple Watch Series models. Today’s launch event came exactly after a month when traditionally the iPhone launched COVID-19 crises. The launch event has been delayed by few weeks this year and during this period we came across so many leaks and rumours with regard to the upcoming Apple iPhone 12 models, Let’s find out what we can expect from today’s big event so that you don’t miss out anything but before we move ahead let’s take a look at today’s Apple event and how you can watch it at the comfort of your home.

Just like all the other Apple events that happened this year, today’s special event will be held virtually. Yes, the unveiling will be done via an online launch event that is going to be live-streamed across the company’s official social media channels, website via official YouTube channel. The event is going to kickstart at 10.30 PM IST today and for your convenience, we have embedded the link below:

Leaks and Rumours about iPhone 12 series

Just like the existing iPhone 11 models this time also you can expect three different models but today big reveal will also include iPhone Mini alongside iPhone 12, Pro and Pro Max. Out of the four Mini is the smallest as is expected to come with a 5.4-inch screen, while the others would have a bigger display.

Just ahead of the launch event some of the extensive details about the upcoming iPhone models leaked on the web. According to a leakster Kang in addition to the newest iPhones, we could also see a new HomePod mini smart speaker though he hasn’t said anything more on this but provides a lot more information about the iPhone 12 lineup.

As per a report by AppleTrack, Kang confirmed all the four new models iPhone 12 mini, iPhone 12, iPhone 12 Pro, and iPhone 12 Pro Max. Reportedly all these models will be featuring 5G including mmWave in the US.  This year’s models will also support a Super Retina XDR display that is currently available on the existing Pro models. Addressing more durability and to make them drop resistance the company is said to have used ceramic in their glass screen construction to make them more tough. The Dolby Vision HDR standard can be expected for better video quality. Spilling more beans on today’s launch of the products Kang says the iPhone 12 Mini is likely to have a 5.4-inch display and will be available in black, white, red, blue, and green colour options. The device will reportedly be offered in a couple of Storage options starting from 64GB to 256GB with a starting price of $699. The phone is likely to have a dual rear camera- a wide-angle and ultrawide sensor and will be available for pre-orders on ether dates November 6th or 7th whereas it is said to go on sale on November 13th or 14th.

Next on the list is the iPhone 12 that is suggested to have a 6.1-inch screen and will be available in black, white, red, blue and green colour options. The price will start at $799 while the storage options will range from 64GB to 256GB. Similar to Mini the standard model will also have dual rear cameras. The handset will be up for pre-orders from October 16th or 17th while the sale date will be on October 23rd or 24th.

Up next is the iPhone 12 Pro that is said to launch with a starting price of $999. This one will be sporting a 6.1-inch screen and will be available in four colour options gold, silver, graphite, and blue. Though being a higher-end model, the storage options will range from 128GB going up to 512GB. According to Kang, this model will be featuring a triple rear camera set up, apart from the wide-angle and ultrawide angle sensor, a telephoto sensor with 4x optical zoom and a LIDAR sensor for augmented reality will be added additionally.

Last but not the least the iPhone 12 Pro Max is supposed to feature a 6.7-inch display. There will be gold, silver, graphite, and blue colour options and the storage options will range from 128GB to 512GB. The top-end model will have the above-mentioned sensors in addition to the LIDAR sensor and the telephoto lens will be offering 5x optical zoom. Kang predicts the pre-orders will either start on November 13th or 14th and the sale will begin on November 20th or on 21st.

Apple is also expected to announce its new wireless charger namely MagSafe. As per a report, the new charger will be compatible with iPhone cases and magnets have been used to align them correctly. Moreover, the HomePod mini will be also part of the today special event that is going to be priced at around $99. According to Kang, the company’s second smart speaker is likely to be 3.3-inches tall. The company has used the same S5 processor available on Apple Watch Series 5 as well as Watch SE. It is expected to go on sale on November 16 or 17th.

Komila Singhhttp://www.gadgetbridge.com
Komila is one of the most spirited tech writers at Gadget Bridge. Always up for a new challenge, she is an expert at dissecting technology and getting to its core. She loves to tinker with new mobile phones, tablets and headphones.
Facebook
Twitter
WhatsApp
Linkedin
ReddIt
Email
Previous article
Jabra Elite Active 75t and Jabra Elite 75t with ANC launched in India
Next article
Vivo V20 all set to launch in India today: All the details inside