HomeNewsApple is celebrating Black History Month by highlighting Black Voices across its...

A range of exclusive content and collections available across devices and services including Apple Music, Fitness+, Apple Watch, Podcasts and more. 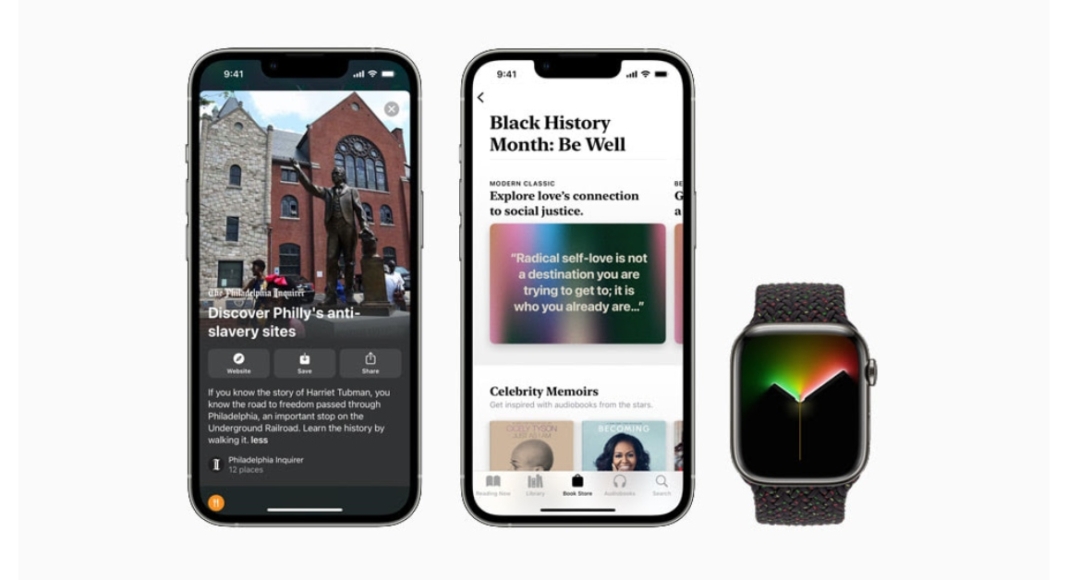 Apple is celebrating Black History Month by highlighting Black entrepreneurship and innovation, as well as elevating Black voices, through a range of unique content and curated collections available across Apple Music, Fitness+, and the Podcasts app.

Apple is urging its customers to commemorate Black History Month by focusing on Black health and wellbeing through a range of exclusive content and collections available across devices and services. Users can listen to special episodes of “The Message” on Apple Music 1 that discuss Black creators’ contributions to culture and the importance of health and wellness in the community throughout the month; join new workouts that honour Black History Month on Apple Fitness+; discover new podcasts from Black creators about health, well-being, culture, and history on Apple Podcasts; and much more. Customers may also get the new Apple Watch Black Unity Braided Solo Loop and a limited edition Unity Lights watch face starting today.

Apple Music is launching a campaign centred on the concept “Music is Healing.” Special editions of “The Message” on Apple Music will feature in-depth interviews with Ebro Darden, Apple Music’s head of Hip-Hop and R&B editorial, as well as guests. The radio episodes will contextualise current challenges concerning Black health and wellbeing, as well as showcase the historical perspective, successes, and contributions made by Black people to culture. On the Apple Music Browse, Genre, and Radio sites, music programming will emphasise varied interpretations of the themes Movement, Black Love, Celebration, and Peace. Full-day takeovers of music videos inspired by the campaign will also be available on Apple Music TV.

Apple Fitness+ will feature new workouts that pay tribute to Black History Month, including playlists dedicated to celebrating Black artists, as well as two new meditations led by Fitness+ trainers Christian Howard and JoAnna Hardy, focused on the themes of gratitude and awareness, to assist users on their health and well-being journey. Throughout the month, users will also have the option to participate in the Unity Challenge and receive a limited-edition reward by closing their Move ring seven days in a row. To commemorate Black History Month, the inclusive Fitness+ trainer team will also wear the new Apple Watch Unity Braided Solo Loop.

As per the company on February 7, Fitness+ will also release a new episode of Time to Walk, a motivating audio experience on Apple Watch, including activist Ay Tometi, one of the Black Lives Matter movement’s founders. On this stroll, she discusses how the death of Trayvon Martin fueled her advocacy and how changing her name changed her view on life. On the same day, Time to Run, an audio running experience designed to help users become more consistent and better runners, will debut a new episode starring Fitness+ trainer Cory Wharton-Malcolm as he coaches runners through Atlanta, Georgia, including notable sights such as the Martin Luther King, Jr. Birth Home and the International Civil Rights Walk of Fame.

Apple is releasing a limited-edition Apple Watch Black Unity Braided Solo Loop and matching Unity Lights watch face inspired by Afrofuturism, an ideology that analyses the Black experience through a narrative of science, technology, and self-empowerment. As part of this launch, Apple is partnering with groups focused on increasing inclusion in science and technology for communities of colour through its Racial Equity and Justice Initiative. 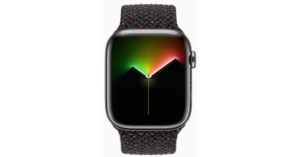 The Apple Watch Black Unity Braided Solo Loop and matching Unity Lights watch face, designed by members and friends of Apple’s Black creative community to commemorate Black history and culture, honour generations of Black people across the African diaspora. This design represents a shared belief in the need for a more equal society. The Pan-African flag’s brilliant red and green hues emerge as scattered light over the black ribbon.

The band is supplemented with the Unity Lights watch face, which was created with 2D ray tracing, a technology never previously used for a watch face. Each pixel on the screen represents light and shadow falling over it, and the movement of the clock hands reveals and hides the light dynamically throughout the day. The Unity Lights watch face may be adjusted to have a full screen or circular dial, as well as black and white options, tick markings, and up to four complexities. Users of the iPhone, iPad, and Mac may also express their support for Black History Month by downloading Afrofuturism-inspired wallpapers from apple.com.

The Black Unity Braided Solo Loop is now available for Rs 7,900 on apple.com/in.

Customers may download the watch face via apple.com/in or from the Apple Watch Black Unity package, which will have App Clip capability.

Komila Singhhttp://www.gadgetbridge.com
Komila is one of the most spirited tech writers at Gadget Bridge. Always up for a new challenge, she is an expert at dissecting technology and getting to its core. She loves to tinker with new mobile phones, tablets and headphones.
Facebook
Twitter
WhatsApp
Linkedin
ReddIt
Email
Previous articleTop 2 Ways to log out of Android smartphone remotely
Next articleTop 4 credit card bill payment apps that give the best cash backs in India