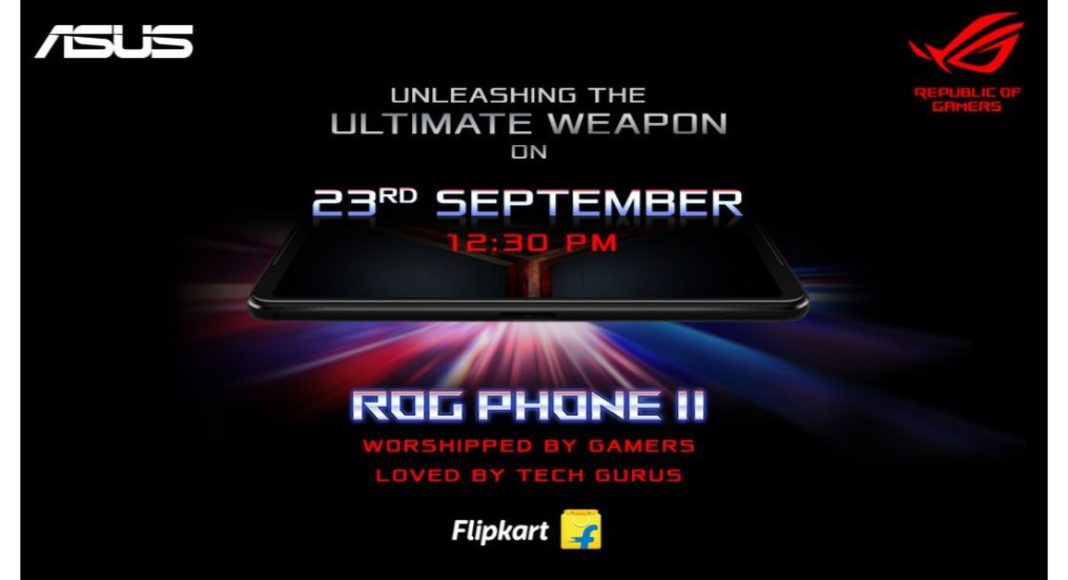 The Taiwanese company, Asus, has announced that it will be launching Asus ROG Phone 2 in India on September 23. The second-generation gaming smartphone has now been put on Flipkart that confirms that the upcoming device will be available for purchase on the e-commerce platform. The smartphone was first unveiled at the IFA 2019 tech summit that was held in Berlin earlier this month and now making its way to the Indian market. The Asus ROG Phone 2 comes with a Snapdragon 855+ processor along with a huge 6,000mAh battery.

Although the company has not confirmed its price in India, we can guess the price of Asus ROG Phone 2 from the prices set in the European market, where the standard edition comes with a price tag of EUR 899 (approximately Rs 71,400). The Ultimate Edition is being sold at EUR 1,199 (approximately Rs 95,200).

In terms of camera, it sports dual rear cameras that include a 48-megapixel primary and a secondary 13-megapixel ultrawide camera. On the front, it has a 24-megapixel selfie camera. The device comes integrated with dual front-facing stereo speakers with DTS: X Ultra support and ultrasonic air triggers along with 3D cooling chamber with a vent.

Komila Singhhttp://www.gadgetbridge.com
Komila is one of the most spirited tech writers at Gadget Bridge. Always up for a new challenge, she is an expert at dissecting technology and getting to its core. She loves to tinker with new mobile phones, tablets and headphones.
Facebook
Twitter
WhatsApp
Linkedin
ReddIt
Email
Previous article
Amazon Alexa now understands and interacts in Hinglish
Next article
Logitech Pebble Wireless mouse M350 launched in India