Taiwanese smartphone maker Asus’ Zenfone Max Pro M1 smartphone was launched in the budget segment in the Indian market last year. The handset received a lot of praise for its powerful specifications and a big battery. Now, the smartphone has started receiving new software update along with new features and improvements. The update also gets the June 2019 Android security patch to the device. However, we should mention that this isn’t the latest update as Android will soon be rolling out the August 2019 security update. The new update also brings the Digital Wellbeing feature that lets the user track the amount of time they spend on each app.

Asus Max Pro M1 users have started receiving the software update in India. The over-the-air update is being rolled-out with the version number 16.2017.1906.056. The users who haven’t received the notification of the new software update can download it manually by going to the Settings menu.

According to the changelog of the update, it includes the Digital Wellbeing feature that offers you real-time stats about your app usage and lets you cut down on the time you spend on your device. In addition to this, the over-the-air update also brings the June 2019 Android security patch that now offers an improved and a faster unlocking PIN and Pattern practice. The new update also optimises the battery consumption and brings an optimised ‘Dark mode’ that facilitates superior system-wide support for the grey palette. 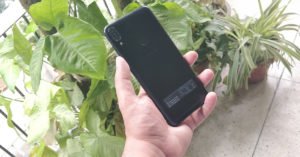 To recall, Asus Zenfone Max Pro M1 features a 5.99-inch full-HD+ IPS Full View display that has an aspect ratio of 18:9 and runs on Android 8.1 Oreo. The device is powered by an octa-core Qualcomm Snapdragon 636 processor paired with Adreno 509 GPU. The smartphone is available in 3GB/4GB/6GB RAM variants. While the 3GB RAM variant comes with 32GB internal storage, the 4GB and 6GB RAM variants come with 64GB onboard storage. All three smartphone variants can hold a microSD card of up to 2TB.

For imaging duties, both the 3GB RAM/4GB RAM variants come with a dual rear setup along with a 13MP Omnivision sensor and a 5MP depth-sensing sensor. For selfies and video calls, there is an 8MP front-facing camera. On the other hand, the 6GB RAM variants include 16MP+5MP dual rear cameras and it sports a 16MP selfie camera. Asus Zenfone Max Pro M1 mobile houses a 5,000mAh battery and supports 10W charging.

Komila Singhhttp://www.gadgetbridge.com
Komila is one of the most spirited tech writers at Gadget Bridge. Always up for a new challenge, she is an expert at dissecting technology and getting to its core. She loves to tinker with new mobile phones, tablets and headphones.
Facebook
Twitter
WhatsApp
Linkedin
ReddIt
Email
Previous articleTruecaller Pay was found signing up users without their permission: Key details
Next articleWhat’s With The Buzz Around GTA Online’s New Casino?