The mobile OS comes with no default apps and automatic updates. 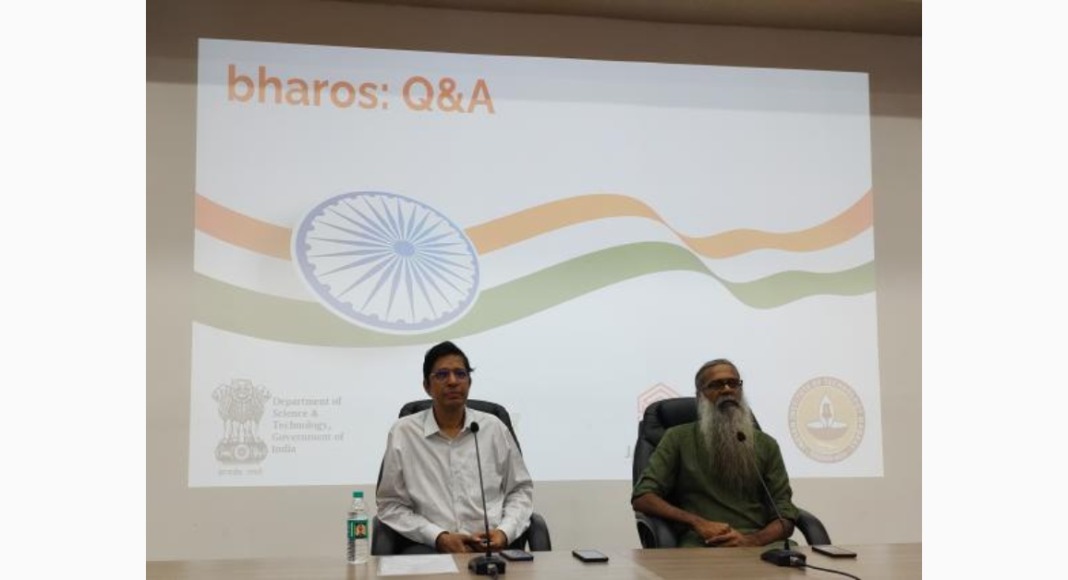 Indian Institute of Technology Madras (IIT Madras) has officially announced that it has developed a brand-new mobile operating system “BharOS”. The indigenous mobile operating system has been created for countrywide cell phone users that is claimed to prioritise privacy. The mobile OS comes with no default apps and automatic updates.

An IIT Madras-incubated company JandK Operations (JandKops) has created an indigenous mobile operating system named “BharOS.” Commercially available handsets can have the system loaded on them. The newly developed Indian OS is said to benefit 100 crore mobile phone users in the country.

Indian Institute of Technology Madras (IIT Madras) in its announcement said, “Called ‘BharOS,’ this software can be installed on commercial off-the-shelf handsets. It provides a secure environment for users and is a significant contribution towards ‘Atmanirbhar Bharat.'”

The institute claims that BharOS Services are now being offered to organisations with tight privacy and security standards whose users handle sensitive information and who need confidential interactions on limited mobile apps. Such consumers require private 5G networks with access to private cloud services.

BharOS has no default apps (NDA). Accordingly, consumers are not compelled to utilise programmes that they may not be familiar with or trustworthy. Additionally, this system gives users more control over the permissions that apps have access to on their device because they can decide to only give trusted apps access to certain functions or data.

Furthermore, it has come to light that BharOS was created by JandK Operations Private Limited (JandKops), a Section 8 (Not for Profit) Company founded by IIT Madras & fostered by IIT Madras Pravartak Technologies Foundation. The National Mission on Interdisciplinary Cyber-Physical Systems of the Government of India’s Department of Science and Technology (DST) provides funding for the Foundation (NMICPS). It aims to put India on par with the select few nations that already have these capabilities.

Access to reliable apps from organisation-specific Private App Store Services is made possible by BharOS (PASS). Access to a carefully curated list of apps that have passed strict security and privacy standards set by organisations is made available through a PASS. Users can be certain that the apps they are installing are secure to use and have been reviewed for any potential privacy or security issues.

Addressing a Press Conference to announce this Indian Mobile Operating System, Prof. V. Kamakoti, Director, IIT Madras, said, “BharOS Service is a Mobile Operating System built on a foundation of trust, with a focus on providing users more freedom, control, and flexibility to choose and use only the apps that fit their needs. This innovative system promises to revolutionise the way users think about security and privacy on their mobile devices.”

Also Read: iQoo Neo 7 is scheduled to launch in India on February 16

Elaborating further, Mr. Karthik Ayyar, Director, JandK Operations Pvt Ltd., the start-up that developed this Mobile Operating System, said, “In addition, BharOS offers ‘Native Over The Air’ (NOTA) updates that can help to keep the devices secure. NOTA updates are automatically downloaded and installed on the device, without the need for the user to manually initiate the process. This ensures that the device is always running the latest version of the operating system, which includes the latest security patches and bug fixes. With NDA, PASS, and NOTA, BharOS ensures that Indian mobile phones are trustworthy.”

Komila Singhhttp://www.gadgetbridge.com
Komila is one of the most spirited tech writers at Gadget Bridge. Always up for a new challenge, she is an expert at dissecting technology and getting to its core. She loves to tinker with new mobile phones, tablets and headphones.
Facebook
Twitter
WhatsApp
Linkedin
ReddIt
Email
Previous article
OnePlus 11R price in India tipped, could be available in two variants
Next article
WhatsApp plans to enable sending of photos in their original quality: Report