Which among the three smartphones is the best buy? 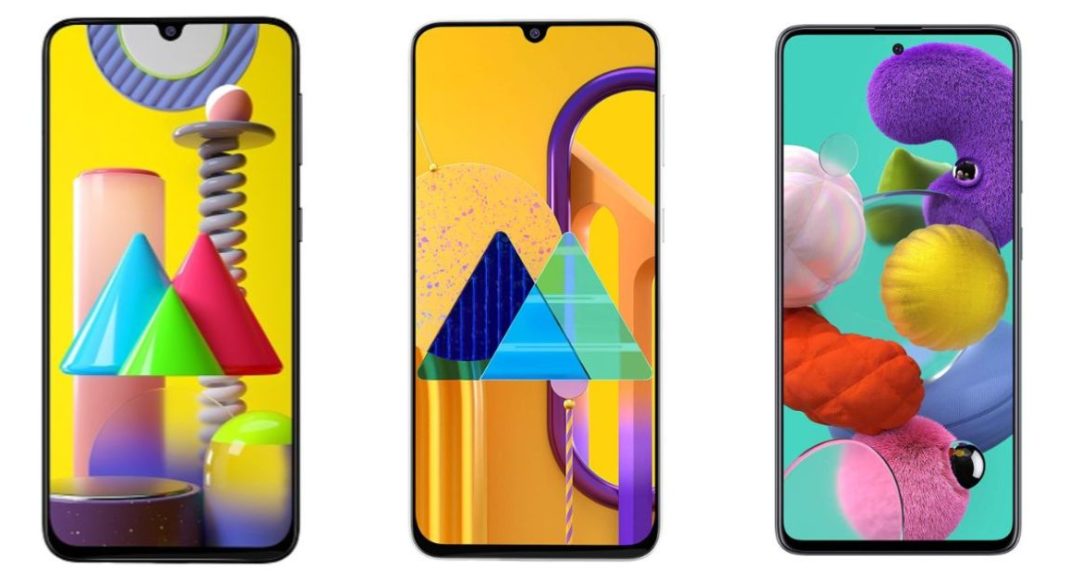 Samsung Galaxy M31 has been officially launched in India today. The device is an upgraded variant of Galaxy M30s which was launched last year in the country. The newly launched M31 comes with a 6,000mAh battery and a quad-camera set up with a 32-megapixel camera. The device can be compared with its predecessor M30s and Galaxy A51 in terms of specifications. So let us compare Samsung Galaxy M31 with the other two devices to help you decide which is the best buy for you.

Samsung Galaxy M30s: Samsung One UI, based on Android 9.0 Pie

All the phones come with the same processor that is Exynos 9611. Both Galaxy M31 and A51 offer quad cameras but the newly launched Galaxy M31 comes with a better set up with a 64-megapixel primary sensor whereas its predecessor comes with a triple rear camera. Both M31 and A51 equips a 32megapixel selfie camera whereas M30s has a 16-megapixel selfie camera. Other than that Galaxy M31 and M30s delivers a longer battery life as they pack a 6000mAh battery. In the pricing department, the Samsung M series is an affordable option. To conclude In terms of specifications and pricing the newly launched Samsung Galaxy M31 is a better option for you.

Komila Singhhttp://www.gadgetbridge.com
Komila is one of the most spirited tech writers at Gadget Bridge. Always up for a new challenge, she is an expert at dissecting technology and getting to its core. She loves to tinker with new mobile phones, tablets and headphones.
Facebook
Twitter
WhatsApp
Linkedin
ReddIt
Email
Previous articleSamsung Galaxy M31 with 6000mAh battery launched in India: Pricing and Specifications
Next articleAmazon Fab Phones Fest goes live: Sale details and offers