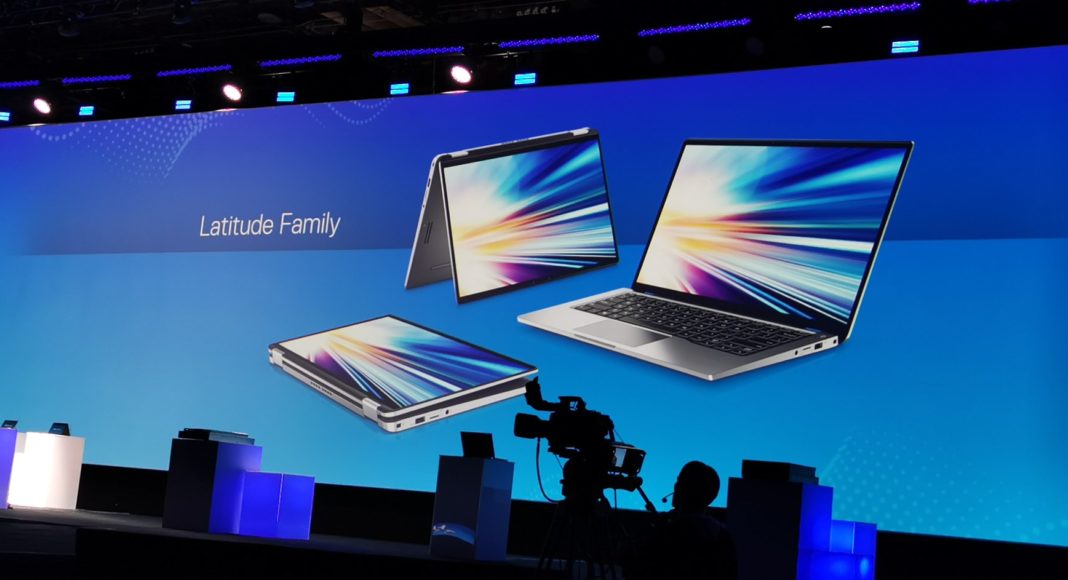 Dell Technologies has launched a new Latitude series of Mobile PC today which is aimed at users to work on the move while being productive. According to the company, the new Latitude series of mobile PCs provide express technology options and enterprise-class security while being mobile. It comes with a next-generation biometric sign-in and multi-factor security options to keep their data safe. Here’s a look at all the details of the new laptops:

Speaking about the launch, Rahul Tikoo, vice president and general manager of Commercial Mobility Products at Dell said, “The modern workforce’s computing needs have changed. They’re not at their desks nine to five. They’re in motion between meetings, remote or frequently travelling, and one-size-fits-all laptops won’t cut it. Our new Latitudes make it easier and more enjoyable to work, collaborate and innovate anytime, anywhere. With security concerns looming over both employees and IT departments, businesses can rely on our new Latitudes, combined with Dell Technologies Unified Workspace, to make it simple for IT to ensure workers have the best device for their needs – up and running fast, working smarter and always secure, wherever they are.”

Dell Latitude 7000-series comes with a 13-inch and a 14-inch display sizes and according to the company they are the world’s smallest premium business-class notebooks. Both the Latitude-series laptops come encased in a durable and machined aluminium or carbon fibre materials. The display of the Latitude 7000-series is anti-glare, comes with narrow bezels and are optimized to minimize the battery drain.

Security is a primary factor in Dell Latitude 7000-series as they come with digital SafeScreen technology which narrows down the screen’s field of view for security while working in public.

The Dell Latitude 7000-series also includes the Latitude 7200 2-in-1 which comes with a thinner and lighter design. It also features a brushed anodized aluminum premium finish and backlit keyboard. The screen size of the laptop is 12-inches and the company has touted that it is the most secure, manageable and feature-rich detachable one in the Latitude series. The small laptop can be detached from its keyboard which can turn it into a tablet.

Dell’s Latitude 5000-series offers world’s smallest business notebooks with its 13-inch, 14-inch and 15-inch display sizes. They too come with a carbon fiber reinforced chassis and offer up to 20 hours of screen on time. The display comes in HD and Full HD variants with narrow bezels and touchscreen. Dell Latitude 5000-series are powered by the 8th Generation Intel Core CPUs with optional GPUs.

Other than that, the Latitude 5300 2-in-1 is the smallest of the lot as it comes in a 13-inch display size. Since it is a 2-in-1 laptop, its screen can be detached so that can be used as a tablet. It weighs 3.15 lbs and it has a 360-degrees hinge paired with a Corning Gorilla Glass touchscreen display with anti-glare coating screen. It comes with up to 32GB RAM and up to 1TB of storage options.

All the newly launched Dell Latitude laptops comes with powerful hardware and software integration. They come with ExpressCharge which provides an up to 80% battery charge in just one hour while the ExpressCharge Boost charges to up to 35% in just 20 minutes. Other features includes ExpressConnect, which detects and connects to the strongest Wi-Fi network.

Introducing the ALL NEW LATITUDE PC LINEUP – 7000 series, 5000 series and 3000 series. #DellLatitude products are the smallest commercial notebooks 💻 in its class. The 7400 is 12% smaller than the competition. Work from anywhere anytime! #DellTechWorld https://t.co/SGBZtygHjX pic.twitter.com/s5WLQ9tBxK

Some of the new Latitude series comes with fingerprint readers built into the power button and Windows Hello-capable IR cameras for a more trusted biometric authentication. They also come with many features such as Dell SafeScreen, Smart Card Reader, SafeID, SafeBIOS.

Aman Singhhttps://www.gadgetbridge.com/
Aman Kumar Singh has a Masters in Journalism and Mass Communication. He is a journalist, a photographer, a writer, a gamer, a movie addict and has a love for reading (everything). It’s his love of reading that has brought him knowledge in various fields including technology and gadgets. Talking about which, he loves to tweak and play with gadgets, new and old. And when he finds time, if he finds time, he can be seen playing video games or taking a new gadget for a test run.
Facebook
Twitter
WhatsApp
Linkedin
ReddIt
Email
Previous article10 new features that are coming to WhatsApp for Android this year
Next articleGoogle Pixel 3a and the Pixel 3a XL receives the Bluetooth SIG certification before their official launch