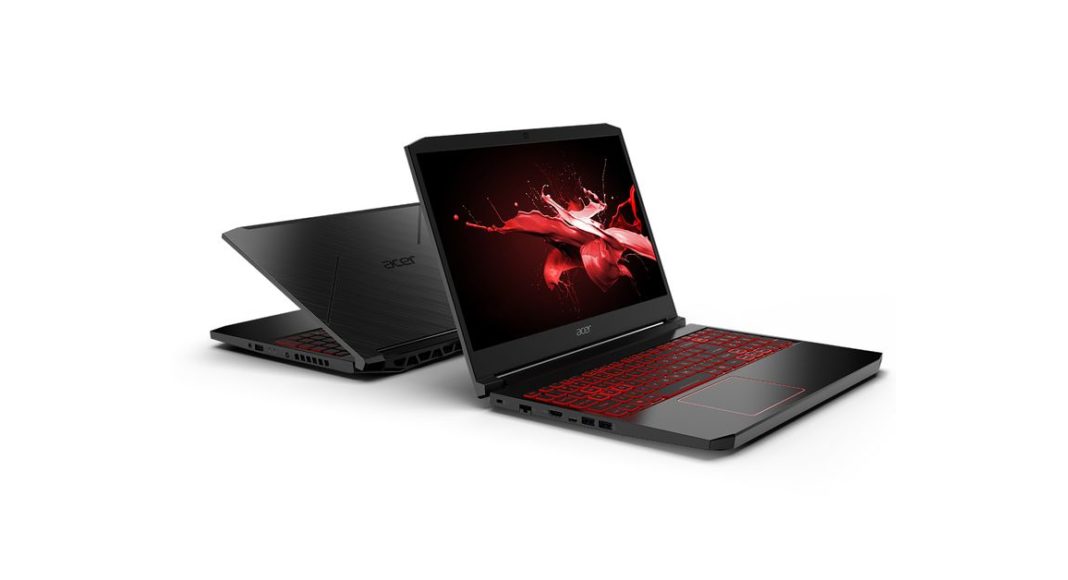 Taiwanese electronic and PC maker Acer announced its new Nitro series of gaming notebooks at the annual [email protected] global conference. The new gaming notebooks are Nitro 7 and Nitro 5 and they come with a variety of tools and features to make any gamer a happy man. Acer Nitro 7 gaming notebook comes with a sleek metal design and up to 7 hours of battery life.

On the other hand, Acer Nitro 5 comes with an 80 percent screen-to-body ratio and has a narrow-bezel design. Both the laptops are powered by Intel’s 9th generation Core CPU with the newest NVIDIA GPU and with a refresh rate of 144Hz. Here are all the details of the newly launched laptops:

Both the newly launched gaming notebooks are available in North America from March onwards, while in the European markets they will be available from June onwards. The gaming laptops will arrive in the Chinese markets in May, but there is no news about their availability in India. But since they will make their ways to the Chinese markets, we will get to see their launch in India as well.

Acer Nitro 7 gaming notebook is aimed at casual gamers who want both design and performance in their machines. It comes with a metal chassis which measures at 19.9mm and has a 15.6-inch high-resolution display with a refresh rate of 44Hz with a 3 ms3 response time. The Nitro 7 is powered by a 9th Gen Intel Core Processor paired with the latest NVIDIA GPU to deliver a lag-free gaming experience.

The Nitro 7 gaming notebook also comes with two slots for the M.2 Gen 3×4 PCIe SSDs which uses NVMe technology in RAID 0 making it fast in its operations. The RAM of the Nitro 7 can be expanded up to 32GB and for storage it comes with up to 2TB of HDD storage.

The Nitro 5 gaming notebook comes with either a 17.3-inch Full-HD IPS narrow bezel display, or a 15.6-inch Full-HD IPS display. Both of them have a screen-to-body ratio of 80 percent. Acer Nitro 5 is also powered by a 9th Gen Intel Core processor paired with the latest NVIDIA GPU to offer a seamless gaming experience.

Both the Nitro 5 and the Nitro 7 comes with dual fans along with the Acer CoolBoost technology and a dual exhaust port which keeps the gaming notebooks cool even in extensive gaming sessions. The CoolBoost technology increases the fan speed by of the laptops by 10 percent, it cools the CPU and GPU by 9 percent compared to auto mode.

Along with that, both the Nitro 7 and Nitro 5 laptops comes with NitroSense which is an app accessible through a one touch NitroSense hot key. Once the app is enabled, the users can instantly visualize the component temperature, loading performance, power usage, and more. It also allows the fan speed monitoring and adjusting in real time, so that gamers can customize the speed of the fans according to their needs. They can also max out the fans when an intensive gaming session is on.

Additionally, Acer Nitro 7 and the Nitro 5 comes with Waves MaxxAudio advanced sound optimization technology that boosts the tones to deliver even the smallest sound detail in speaker or headphone. While the MaxxDialog feature allows the laptop by separating the game dialog from music and sound effects. And the MaxxVolume technology delivers maximum volume and clarity without distortion.

Aman Singhhttps://www.gadgetbridge.com/
Aman Kumar Singh has a Masters in Journalism and Mass Communication. He is a journalist, a photographer, a writer, a gamer, a movie addict and has a love for reading (everything). It’s his love of reading that has brought him knowledge in various fields including technology and gadgets. Talking about which, he loves to tweak and play with gadgets, new and old. And when he finds time, if he finds time, he can be seen playing video games or taking a new gadget for a test run.
Facebook
Twitter
WhatsApp
Linkedin
ReddIt
Email
Previous articleAcer Chromebook 715, Chromebook 714 with fingerprint scanner launched: Price and specifications
Next articleAcer updates its Spin 3 Convertible Notebook: Price and features