HomeOther TechAppsFacebook Reels for iOS and Android expanded to over 150 countries across... 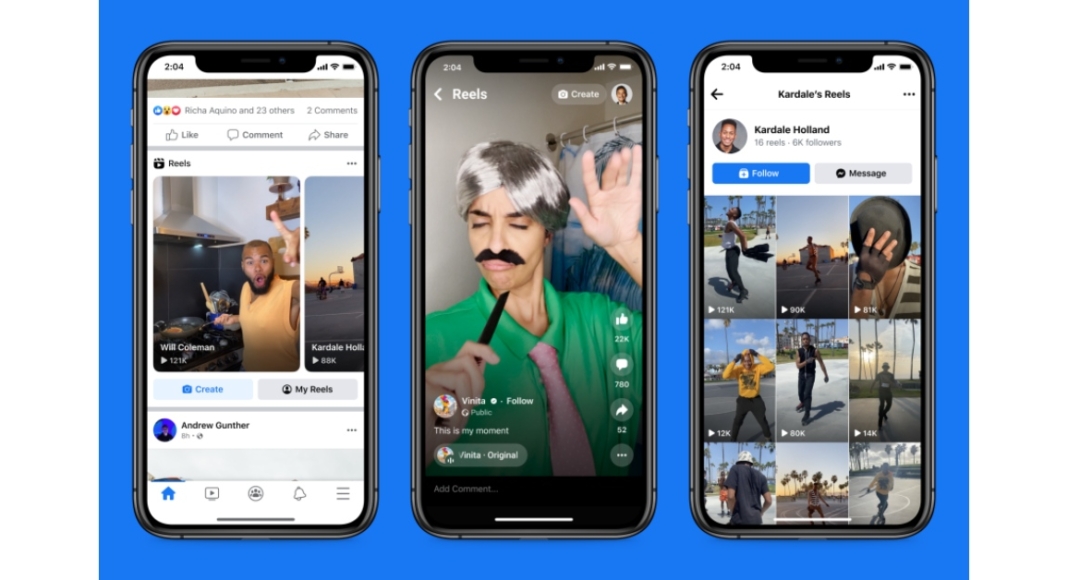 Facebook’s short video feature Reels is being expanded to more than 150 countries. This feature was first made available to Meta owned photo-sharing app Instagram in 2020 and was expanded to Facebook last year. The company is extending tests of overlay ads, beginning with banner and sticker advertisements, to enable creators to make money from Facebook Reels. Remix, sharing to Facebook Stories, and other new Facebook Reels capabilities will also be available.

As per Meta, Reels is the fastest-growing content format by far on its platform. “We’re focused on making Reels the best way for creators to get discovered, connect with their audience and earn money. We also want to make it fun and easy for people to find and share relevant and entertaining content.”

In order to create earning opportunities for creators, Reels Play bonus program, part of Facebook’s $1 billion creator investment, pays eligible creators up to $35,000 a month based on the views of their qualifying reels. As per the company, these bonuses have helped creators like Jason the Great fund their reels creation and better understand what types of content works on Facebook. Facebook will expand the bonus scheme to new countries in the coming months, allowing more artists to be compensated for making reels that their communities like.

The company is also building direct monetization options for Facebook Reels through ad revenue share and fan support to allow creators to earn meaningful income from our monetization products like in-stream ads and Stars.

Meta is also expanding tests of Facebook Reels Overlay Ads to all creators in the US, Canada and Mexico, and to more countries in the coming weeks. It will be starting with two formats: banner ads that appear as a semi-transparent overlay at the bottom of a Facebook Reel, and sticker ads: a static image ad that can be placed by a creator anywhere within their reel. These non-interruptive ads enable creators to earn a portion of the ad revenue.

Any creator in the United States, Canada, or Mexico who participates in our in-stream advertisements programme is instantly able to monetize their publicly posted reels with ads. By mid-March, these experiments will be extended to creators in virtually every country where in-stream advertising is accessible. On its Meta for Creators blog, creators may learn more about overlay advertisements. In the coming weeks, it will also begin testing Stars on Facebook Reels so that users can buy and give Stars while viewing reels to support creators. Overlay advertisements and Stars are both meant to increase creator payments as more people watch and interact with Reels on Facebook.

Brand suitability controls, including Publisher Lists, Blocklists, Inventory Filters and Delivery Reports for Banner and Sticker Ads in Facebook Reels have also been announced giving advertisers more control over how their ads appear in places they don’t consider suitable for their brand or campaign.

Komila Singhhttp://www.gadgetbridge.com
Komila is one of the most spirited tech writers at Gadget Bridge. Always up for a new challenge, she is an expert at dissecting technology and getting to its core. She loves to tinker with new mobile phones, tablets and headphones.
Facebook
Twitter
WhatsApp
Linkedin
ReddIt
Email
Previous articleRedmi Smart TV X43 review: No wonder Xiaomi India is winning the TV race
Next articleMotorola Edge 30 Pro India launch set for February 24