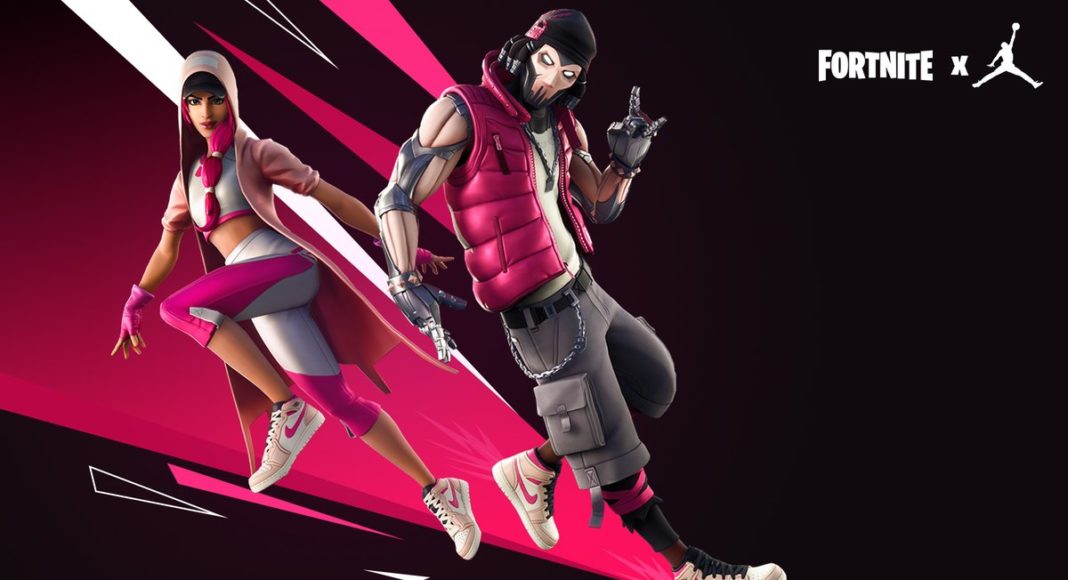 After Epic Games’ Fortnite teamed up with the creators of John Wick to bring the new Wick’s Bounty in its platform, the game’s creators are now planning to bring a new iconic brand to the battle royale. Fortnite has released a new update v9.10 that brings loads of new content to the game. There is a new limited time mode which has been added after its partnership with FortniteXJumpman crossover event. In this event, the users will win coins and other exclusive items. Other than that, there is also the first major arrival of Hot Spots, which are selected location with hovering supply drops in the game. There are also three limited-time mode rotations along with many UI changes in the game. Lastly, the update has improved and fixed the earlier known bug problems of the game.

Out of all the new changes in the Fortnite v9.10 update, the most prominent one is the introduction of the Hot Spots locations. These Hot Spots locations on the map are marked in gold text and in each match, the hotspots will be limited to three. According to the patch notes of the new update, the Fortnite v9.10 Hot Spots will bring up to 16 Loot Carriers which will be hovering right above the ground. The players can shoot the carriers to get the weapons of Rare Class or higher standards with two ammo stacks. These Hot Spots will allow the players to loot exclusive and powerful weapons without getting between a high kill zone.

Another new mode which has arrived with the new update is the Downtown Drop which is a limited time mode (LTM) game. This mode comes as a part of the FortniteXJumpman crossover event. In this mode, the players can participate in free challenges to collect coins or win other items such as the new Grind and Clutch outfits. The rewards also include Back Board Back Bling – it comes with nine different style and four different types of spray paints. The new outfits which the players are wearing in the Jumpman crossover are Nike’s Air Jordan sneakers.

The new update of Fortnite has also added a Haunted Hills theme with six new prefab items and five gallery sets. There is a new ‘Fastest Time to Win’ setting along with a ‘Grind Power Up Device’ mode. Both the new settings will give players points and coins to use in the game.

Score big when you cop the Hang Time Bundle. Get the Grind outfit, Clutch outfit, and a challenge pack unique to the set. #FortniteXJumpman pic.twitter.com/cC8eqG7kVh

And lastly, there is a new ‘Space Rocks’ simulation which enables a meteor shower in the game. A new character named ‘Rex Jonesy’ has also been added to the ‘Save the World Mode’. Three new limited time mode rotations have also been added in the new Fortnite update – Sniper Shootout Duos, Unvaulted Squads, and Close Encounter Squads.

Aman Singhhttps://www.gadgetbridge.com/
Aman Kumar Singh has a Masters in Journalism and Mass Communication. He is a journalist, a photographer, a writer, a gamer, a movie addict and has a love for reading (everything). It’s his love of reading that has brought him knowledge in various fields including technology and gadgets. Talking about which, he loves to tweak and play with gadgets, new and old. And when he finds time, if he finds time, he can be seen playing video games or taking a new gadget for a test run.
Facebook
Twitter
WhatsApp
Linkedin
ReddIt
Email
Previous article
Samsung’s next foldable smartphone to come with an out-folding design: Report
Next article
MSI GT76 Titan with Core i9 CPU overclock-able up to 5GHz and NVIDIA GeForce RTX 2080 launched: Price and specifications