Fortnite has got an interesting new addition called Chug Splash. 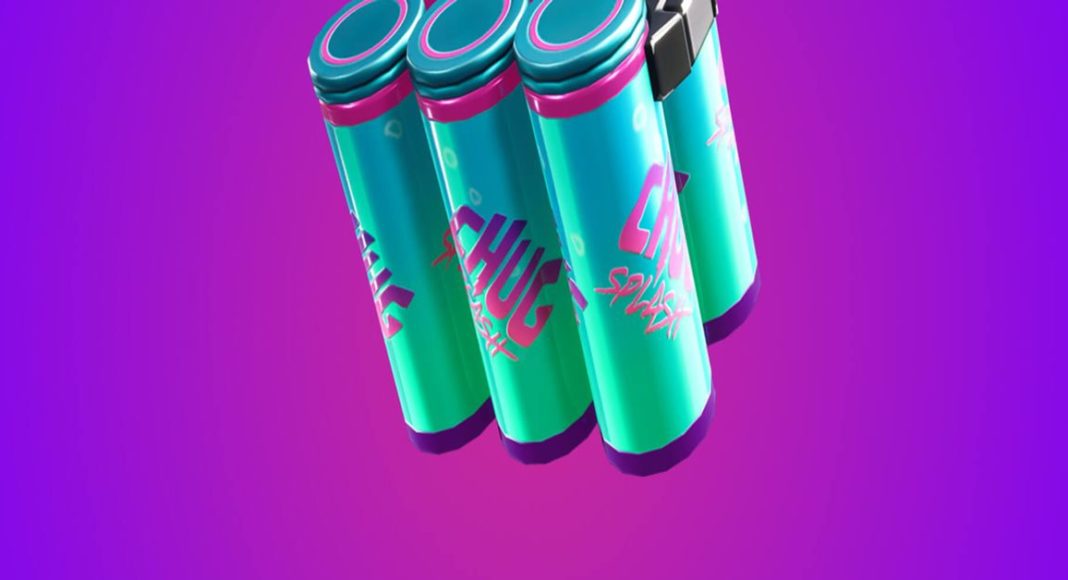 Epic Games’ Fortnite has received update despite all the hate it is currently getting on the internet. The new update has the version number v9.30 and it gets lots of changes, improvements and fixes to the game.  The most notable change among these is the Chug Splash addition, that is a new item which can be used by the players to heal their teammates. The players would require to throw a health potion container at their teammates if they wish to save them. However, the feature works like a double edged sword as it will also heal any enemies in the area if they happen to be in the working radius of Chug Splash.

Other than the Chug Radius, the new update also gets the Sniper Shootout duos and three-person squad battles called Trios to the game. The new additions in game modes have been put to the Limited Time Mode route. Other than this, new items for the Fortnite Creative and Save the World modes of the game have also been added.

As mentioned above, the most notable change that is coming with the new update is Chug Splash. It is a health potion that you can throw at your teammates to save them during a match. However, it should be noted that the Chug Splash doesn’t work as bandages and it can not be used to heal just one person. Once it lands, it creates an activity radius, and the players inside it will receive 20 health points each. However, if their health is full completely then they will receive 20 armour health points. We should mention that this means that if your enemy is trying to kill a teammate and you throw a Chug Splash, your teammate will recover but your enemy will receive the extra points.

It can be found in the stacks of two cylinders from the Floor Loot Chests, Vending Machines, Supply Drops as well as Llamas.

Another new Prop-O-Matic element has also been added to the Fortnite Creative. With this, the players can transform into any prop to hide from their enemies and opponents. They can also create their own prop discovery game.

Dive in and play with the new Chug Splash healing item now! pic.twitter.com/8DhjDRDHvE

Aman Singhhttps://www.gadgetbridge.com/
Aman Kumar Singh has a Masters in Journalism and Mass Communication. He is a journalist, a photographer, a writer, a gamer, a movie addict and has a love for reading (everything). It’s his love of reading that has brought him knowledge in various fields including technology and gadgets. Talking about which, he loves to tweak and play with gadgets, new and old. And when he finds time, if he finds time, he can be seen playing video games or taking a new gadget for a test run.
Facebook
Twitter
WhatsApp
Linkedin
ReddIt
Email
Previous article
Asus 6Z with rotating camera module to launch in India today: Live stream details, expected price and more
Next article
Redmi Note 7 Pro to go on a flash sale in India today: Price and sale details