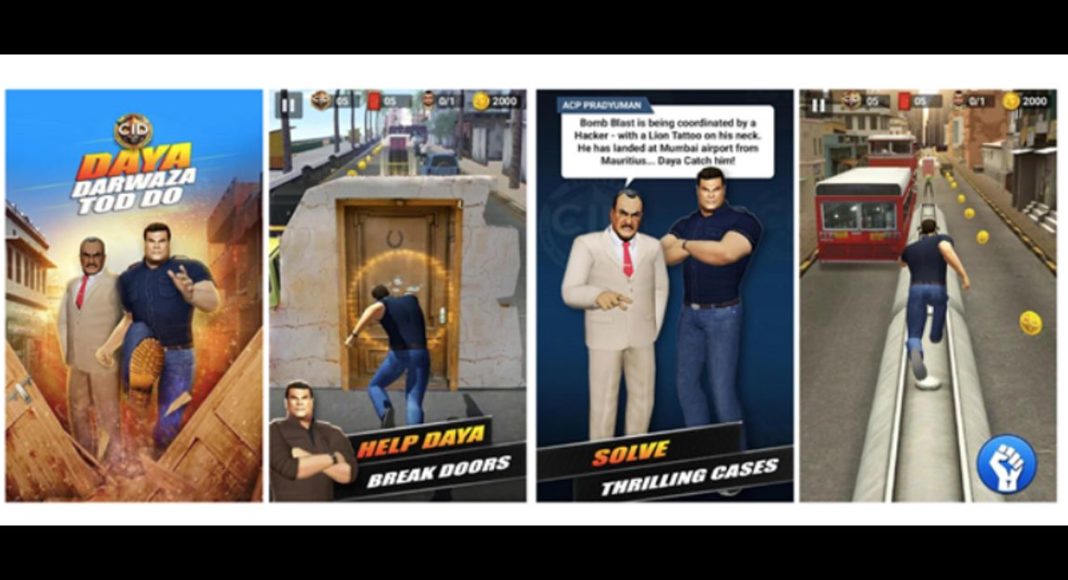 The first games in the CID series is named “CID – Daya Darwaza Tod Do” and till now the game has been downloaded more than half a million times. It even holds a rank of one of the top 10 action games in India. The game can be downloaded for Android as well as iPhones from Google Play Store and Apple App Store.

Alok Kejriwal, the CEO and Co-Founder of Games2win said, “Sony Television’s CID is one of the most iconic shows of Indian Television. It’s an all-time epic. That motivated us to partner with SET to create original, adrenalin pumping, super thrilling mobile CID mobile games that are just as exciting as the shows themselves.”

The question about ‘why’ a CID game has been made, according to the company most millennials have grown up watching the CID show. And now, they have developed a deep connection with their mobile screens and spend more time with their smartphones as compared to TVs. So, the company wished to bring one of the most popular TV shows to the mobile platform. According to the company, the players would enjoy the game as much as they enjoyed watching the show.

Amogh Dusad, Head Content of the Partnership and New Initiatives said, “Sony pictures network is strategically focused on the fast growing online gaming space. Most of our iconic shows and characters lend themselves to great gaming potential. CID game (Daya Darwaza Tod do) is the first of many steps we intend to take in this direction. We are very pleased and excited with the tremendous response the game has garnered in such a short span of time.”

In the first game – ‘CID: Daya Darwaza Tod Do’ the Superhero CID officer Daya does what he does best and most famous for, catching thieves, breaking doors and solving cases. In the game, players run as Daya solve through over 5 Unique ‘Cases’, complete 50 unique levels and navigate Mumbai famous landmarks such as Bandra Bandstand and Goregaon National Park. In the running action game, Daya runs and breaks down doors while his mentor ACP Pradyuman encourages him and gives him clues for this next mission.

The game was launched a few months ago and till now it has been downloaded more than 10 million times. On the Google Play Store, the game has got a score of 4.2 stars with good reviews from the players. Even the players are suggesting the game-makers about new ideas and concepts from which they should make the next game.

Aman Singhhttps://www.gadgetbridge.com/
Aman Kumar Singh has a Masters in Journalism and Mass Communication. He is a journalist, a photographer, a writer, a gamer, a movie addict and has a love for reading (everything). It’s his love of reading that has brought him knowledge in various fields including technology and gadgets. Talking about which, he loves to tweak and play with gadgets, new and old. And when he finds time, if he finds time, he can be seen playing video games or taking a new gadget for a test run.
Facebook
Twitter
WhatsApp
Linkedin
ReddIt
Email
Previous article
Apple to break out Music, Podcasts and Video into separate apps for macOS 10.15: Report
Next article
Google Assistant will now be able to read your work calendar with G Suite integration