Both the smartwatches by Garmin are meant for serious athletes. 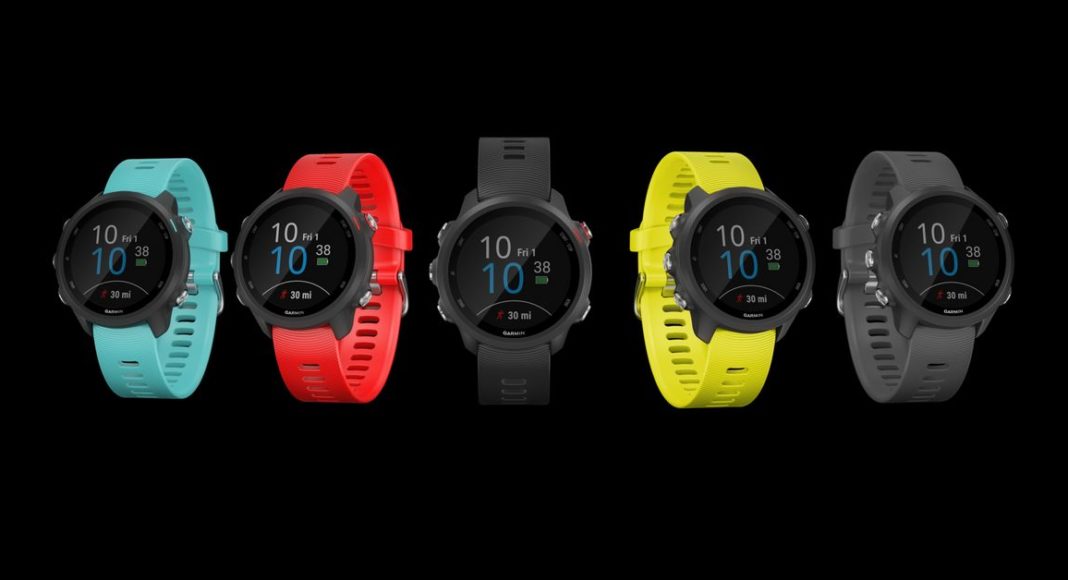 Both these smart watches and all their colour variants are available on Amazon India, Paytm Mall app and Myntra. They can also be purchased offline from GO Sport Mumbai and Bangalore stores along with Peloton Calicut, PlayWell Calicut and Kochiand Helios Watch Stores across all India.

Speaking at the launch, Ali Rizvi, National Sales Manager of Garmin India said, “The Forerunner series is the flagship series for Garmin, which has been highly appreciated by the running fanatics. Adding more value to the series, Garmin India today launched the Forerunner 245 and Forerunner 245 Music for all those enthusiasts who wish to combine intelligence, style and futuristic features, all in one. With features like body battery, VO2 max, incident detection, race predictor etc., this forerunner series will prove to be the perfect running partner to deliver an enhanced running experience to the users.”

Garmin Forerunner 245 comes with features such as incident detection, body battery, race predictor, etc. These devices are made for the serious runner as these are high-end smartwatches and come with GPS-tracking, and safety features along with advanced training option. The Garmin Forerunner 245 Music is capable of holding up to 500 songs in it and it lets the users sync playlists from select preloaded music streaming services like Spotify. The users also have the choice to add music from their computers.

On the other hand, the Body Battery helps to optimize the user’s bodily energy. It monitors the data of the user’s energy reserves so that the user can plan his day accordingly. Both these devices are capable of giving a battery life of up to 7 days in smartwatch mode and 6 hours in GPS mode and only 24 hours with a smartphone with music.

There is also an improved race predictor which can predict the race timing and plan training sessions.  It also can detect VO2 Max which in turn will analyse the amount of oxygen the user can utilize during an intense workout. They can also help in training and running.

Aman Singhhttps://www.gadgetbridge.com/
Aman Kumar Singh has a Masters in Journalism and Mass Communication. He is a journalist, a photographer, a writer, a gamer, a movie addict and has a love for reading (everything). It’s his love of reading that has brought him knowledge in various fields including technology and gadgets. Talking about which, he loves to tweak and play with gadgets, new and old. And when he finds time, if he finds time, he can be seen playing video games or taking a new gadget for a test run.
Facebook
Twitter
WhatsApp
Linkedin
ReddIt
Email
Previous article
Airtel upgrades 4G network in Delhi NCR with its LTE 900 Mhz spectrum
Next article
Nokia 3.2 receives a new software update with May 2019 security patch