The buyers will get Monster Hunter: Iceborne Master Edition game for free along with 3 months of XBOX game pass for PC if purchased before January 27, 2020. 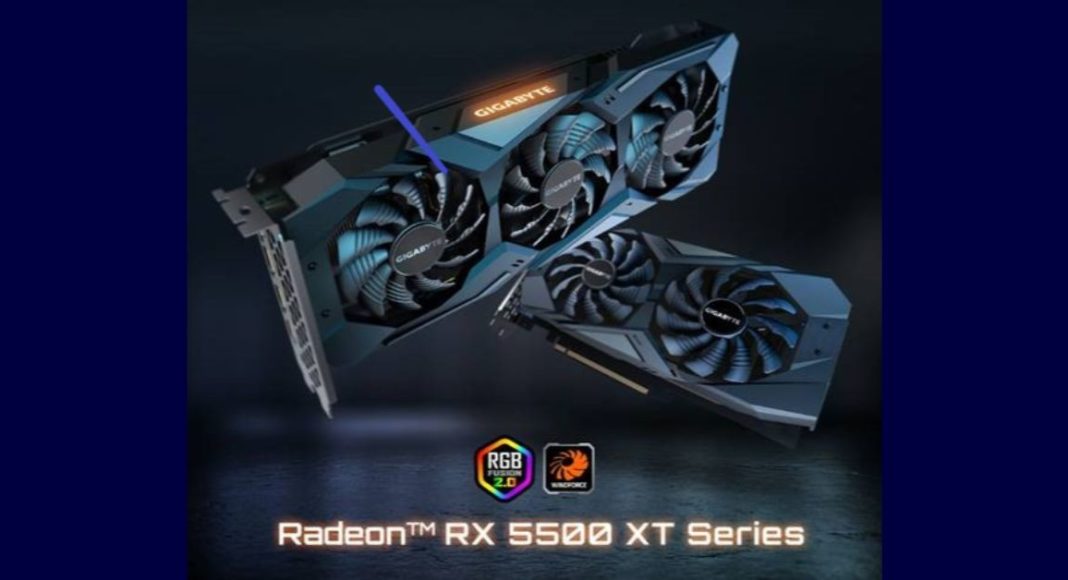 According to the company the new graphics cards Radeon RX 5500 XT GAMING OC and Radeon RX 5500 XT OC comes with new Compute Units, delivers incredible performance, is optimised for better visual effects and features multi-level cache hierarchy for reduced latency and highly responsive gaming. Both the cards will be available in 8GB and 4GB GDDR6 memory with the support for PCI Express 4.0 for better gaming performance.

Both models come equipped with a WINDFORCE cooling solution for all key components of the graphics card. The Radeon RX 5500 XT GAMING OC comes integrated with three 80 mm fans whereas Radeon RX 5500 XT OC with two 90 mm fans. The company provides 1 HDMI and 3 display port outputs that can support up to 4 displays all together. GAMING OC has RGB fusion 2.0, with 16.7M customizable colour options along with various lightning effects so that the user can customise the lighting effects or can be synced with other AORUS devices.

As per the company, if the buyer purchases the new variants of Radeon RX 5500 XT graphics card before January 27, 2020, they will get Monster Hunter: Iceborne Master Edition game for free along with 3 months of XBOX game pass for PC.

Komila Singhhttp://www.gadgetbridge.com
Komila is one of the most spirited tech writers at Gadget Bridge. Always up for a new challenge, she is an expert at dissecting technology and getting to its core. She loves to tinker with new mobile phones, tablets and headphones.
Facebook
Twitter
WhatsApp
Linkedin
ReddIt
Email
Previous article
The iPhone 12 will not be as expensive as expected: Report
Next article
iOS13.3 and iPadOS 13.3 updates started rolling out, brings new parental controls and disable option for Memoji and Animoji