Google for India 2020 virtual event to set to be live-streamed today: How to watch the event live 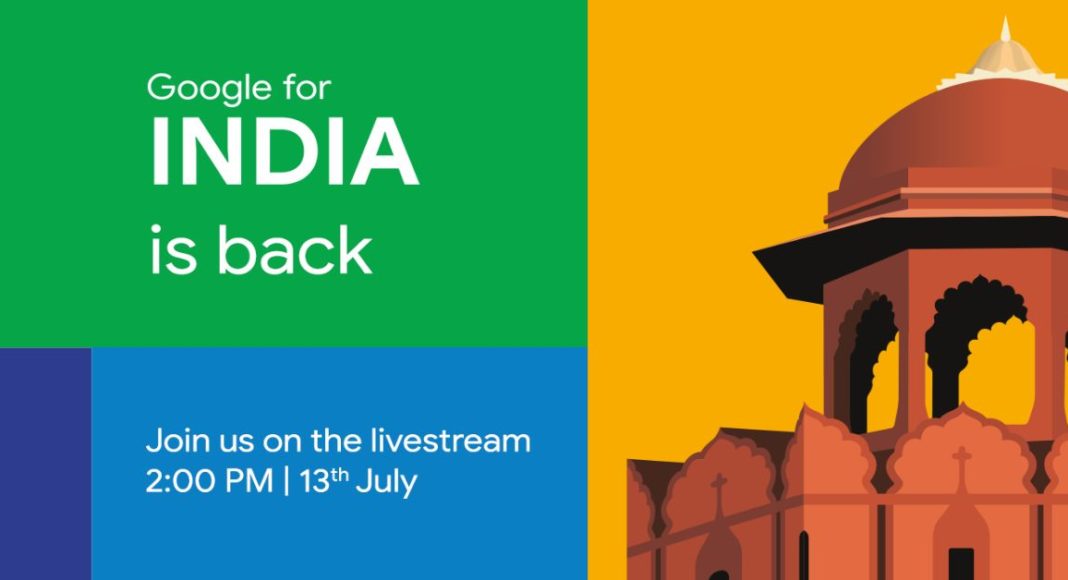 The Technology giant Google has planned to host its sixth edition of Google for India live event today in the country. Due to the coronavirus pandemic this time the company has planned to host a virtual event where the company’s CEO Sundar Pichai along with Ravi Shankar Prasad,  Hon’ble Minister of Communications, Electronics and IT, Law & Justice is going to address the event. In addition to this other minister along with the company’s senior executives will be part of the event and making announcements.

The Mountain View, California headquartered company in its media invite said: “Join us as Sundar Pichai, CEO, Google and Alphabet, Ravi Shankar Prasad, Hon’ble Minister of Communications, Electronics & Information Technology and Law & Justice, Government of India, and many of our leaders share the vision and path ahead to solve for India’s needs and bring the benefits of the digital economy to all.”

During the first-ever virtual edition of Google For India, the company will be sharing updates and announcements on its initiatives for Digital India. The virtual event will be live-streamed via the company’s official YouTube channel at 2 PM IST. For your convenience, we have embedded the link below.

The tech giant has been holding Google for India events since 2015. Last year in 2019 the company announced the setting up of its first Google Research AI lab in Bengaluru along with its partnership with BSNL.

At the sixth edition of the event the company’s senior Executives along with the CEO, Google and Alphabet, Sundar Pichai will be sharing their vision of building a helpful Internet for the Indians.  The company’s product and business leaders include Country head and Vice President Sanjay Gupta, Vice President Payment and Next Billion users- Caesar Sengupta along with Sapna Chadha- Senior Country Marketing Director, Google India and Southeast.

Not only this Hon’ble IT Minister Shri Ravi Shankar Prashad is going to talk about the scope of digital transformation in India. While the Hon’ble HRD Minister Shri Ramesh Pokhriyal will bring up the education landscape in India.

Komila Singhhttp://www.gadgetbridge.com
Komila is one of the most spirited tech writers at Gadget Bridge. Always up for a new challenge, she is an expert at dissecting technology and getting to its core. She loves to tinker with new mobile phones, tablets and headphones.
Facebook
Twitter
WhatsApp
Linkedin
ReddIt
Email
Previous articleOnePlus Nord AR lunch invites now available via Amazon India website
Next article5G vision: Qualcomm Ventures to invest Rs 730 crore in Jio Platforms of Reliance Industries